A friend of mine, Chris Geier, posted a blog post titled “SharePoint: The User Group Phenomena” (link removed) on the End User SharePoint site. He’s pondering the whole users group question. Having been involved with users groups for just shy of 20 years, I feel like there are a few things that I should say about how users groups form, how they develop their own personality, and how they fail. I should say that I don’t feel like I have the corner on the market here, I am just sharing what I know from my experience.

A few weeks ago I got a message through my friends at Microsoft. A gentleman in town was looking for an users group where he could learn more about Team Foundation Server. He was using it but didn’t feel like he was getting as much out of it as he could – and given the complexity of the product I can support that finding a users group is a good idea. Without getting into details the TFS group locally hasn’t been very successful so there’s no answer for him today. However, folks like myself, and some folks from the Developer Platform Evangelism group at Microsoft are encouraging him to start his own group. I’ve volunteered to reach out to my clients that use TFS and Microsoft has agreed to fund some food for an initial meeting. Will this turn into a new TFS group in Indianapolis? I don’t know. However, this is one of the ways that users groups form. People are looking for a way to learn more about using a product and they try to gather together to share experiences. This is probably one of the best ways that users groups form. It is a pretty simple things.

Another group that I’m a part of is a rather informal meeting of the technical directors from various Christian churches around Indianapolis. It’s candidly driven by one guy, Daryl Crype. Daryl is the technical director for Grace Community Church. Four years ago I reached out to him because I was being asked to support the production of our Sunday morning worship services at Hazel Dell Christian Church and I was completely out of my league. The entire depth of the group is a meeting roughly once a month at a restaurant where we each buy our own food and talk about the things that we’re working on. It’s an users group – but one with a lot less structure.

The SharePoint Users Group of Indiana which I lead (I’ve really got to fix that at some point) was born out of the passion of Bess Wuertz who was at the time it was launched working for the Indianapolis Airport. It was SharePoint 2003 in 2005 or 2006 (I don’t remember) and the product was a lot less popular than it is now. Bess wanted to get folks together to share their experiences with the product. I stepped in after there were several meetings that Bess could no longer support. We agreed that I’d help bring some of my experience to ensure that the group continued to run. We’ve been running continuously since Bess and my discussion. We draw 30-50 people every other month. We’ve just introduced new leadership to the group and we’re adding a second meeting for a slightly different audience of folks (end users and business users). We typically have a meeting every other month in the evening. Our end user/business user meeting will be done during the lunch hour on the intervening months.

Last year Darrin Bishop approached me about creating an users group for SharePoint in Illinois. Darrin’s interest is in supporting the community and in creating a better group of people using the product so that folks can be successful. His group is growing and looks to be on the right track at the moment. For him the meetings are

And those are the good ways that users group form. They’re born out of someone’s need, a philanthropic desire to help the technical community, or out of a set of random conversations. I will say that there are a few “users groups” that are not exactly that. The other thing that can happen is that an individual or organization can decide that they need a marketing vehicle and that starting an users group is the answer. As a result the users group takes on a marketing slant. This clamps down on user interaction (after all if users help each other how will the consultant get work?) The bigger problem is that it tends to block out other consultants that might want to participate. (I believe that clients are like flowers and consultants are like bees – consultants cross pollinate ideas between clients. As a result they’re an essential part of the ecosystem.)

I should say that not all users groups run by organizations are bad. It really depends on who’s running them and whether they’re trying to extract value out of the group itself or whether they’re using the group to grow the potential opportunities in the market. It’s a subtle but big difference.

Given that I run the SPIN users group and I run a consulting company I feel like I have to explain that I *NEVER* market my services from the front of the users group. As a point of fact, I don’t even list my organization as a sponsor for the group. I put the same amount of money in as the other sponsors but I personally don’t feel like it’s “my” group. It’s a community service. I do get people contact me because I lead the group to ask if I do consulting – I’ll answer them but I am really conscious of the need to keep the group as a community group. To that end, I seek out ALL the consulting organizations doing SharePoint work in town and ask them for a small sponsorship rather than looking for a few high dollar sponsorships. I want everyone to have a small buy in for the groups long term success.

I’ve seen many different ways of running. Evenings. Mornings. Lunch. Formal sponsors. Small per user fees. One presentation per meeting. Multiple presentations per meeting. Sponsors can present. Sponsors pay to present. While I have a few of my own thoughts I don’t think these are the only answers. A few of the things that I’ve learned are:

I’m sure there are tons of other things that we do that I don’t even think of any more. If you are running a group and want to run an idea, thought, or problem by me feel free.

I’ve watched more than a few groups fail over the years, even one where I was officially holding the reigns. I can honestly say that groups ALWAYS fall apart from the leadership. Maybe they’re not managing the political wars. Maybe all of the passion has gone out of the group. Maybe they’ve developed commitment cancer. Whatever the official cause of death for an users group it’s always leaderships’ fault.

I want to address three key problems because they’re critically important to me.

There are cities where the business environment is so politically charged that I believe it’s difficult to run a successful group. Let me pick on my neighbors in Chicago since I’m close enough to see what’s happening and far enough away to not be able to fix it. The business market in Chicago is hyper competitive. Consulting companies always seem to be hungry and they always seem to be competing with one another for that one deal that will keep them afloat. The problem with this is that it makes it really hard for anyone (particularly sales and marketing folks) to come together for the common good of the market. As a result groups end up getting pulled in weird ways as the consulting companies protect their own interests. Chicago has what amounts to two SharePoint users groups because the respective consulting companies are controlling the group too tightly. Interestingly both are near failure. One of these days it’s my hope that they’ll figure out that there should be one group and everyone should focus on the development of the community and not on individual consulting company gains. (I guess I don’t have to worry about speaking in Chicago for a while now.)

If leadership fails to put the users and the community first then there will be problems.

In an users group you have a motivation problem. You can’t motivate another person really. You don’t have a financial incentive to offer them. You can’t really publicly shame them. You’ve got to rely on people’s character to create the right results. One of the COMMON problems that I see with users groups is that they develop commitment cancer and it spreads. What is commitment cancer? Well, it’s where someone on the steering committee or board makes a commitment and doesn’t meet it. It is quietly pushed aside as people don’t want to hurt anyone’s feelings. Pretty soon there’s another member who’s not meeting their commitments – why should they? Where does it end? Most of the time, commitment cancer ends with the group shutting down. Why? Because nothing gets done. It’s that network of commitments that keeps pushing the group forward. Without that commitment the group will wither and die. I’ve got one users group in Indianapolis that I’m no longer a part of because it has commitment cancer and the leadership is refusing to get treatment.

The Passion is gone

I’ve seen people use users groups to help them find a job – good for them. However, it would be nice if they would repay what they got out of the group by coming back and supporting it. 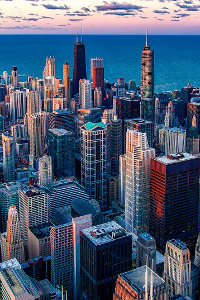 Conferences for the second half of 2010