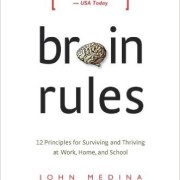 I can still remember the most astonishing and frightening moments in my son’s development. My brother had gotten married the day before in St. Louis and rather than head of directly to a honeymoon with his bride, they stuck around and showed us the town. If you’re in St. Louis it’s some sort of rule that you have to go to the Gateway Arch. Upon exiting the arch itself we returned to the underground museum with showed what an old shipyard might have looked like. What I heard was frightening. My newly minted sister-in-law asked my son if he could swing on the ropes like Tarzan. My brain clicked into emergency mode as it evaluated the situation. The ropes were too high for my son to reach so I settled back into normal mode and then it came. My son, four at the time, responded “Tarzan doesn’t swing on ropes, he swings on vines.” As my neurons fired up again I was pleased and then very scared. I realized quickly that my son had taken in information in the form of a question, converted it into factual data, compared it against what he already knew, identified the data didn’t match his understanding, validated that it was the wrong data and then communicated back this information to the person from whom the data came. I realized at that moment that I wasn’t going to be able to keep the upper hand intellectually on my child. I’ve got a few years of experience to lean on but at some point I’m going to have to accept that my son will be smarter than I am.

What does this have to do with a book titled Brain Rules by John Medina, as it turns out, quite a bit. I got a little glimpse into how little brains work. In his book John points out 12 simple rules about how the brain works, how it was put together, and the factors that influence it. He encourages a set of alternative ideas at the end of each rule so that we can ponder what things might be like if we actually paid attention to what we know about how we think and how our brain works.

I’m intently interested in how our brains work — mainly to figure out what’s happening to mine when it misfires. Some folks are interested in every aspect of how a car works. (He’s a spoiler, lots and lots of micro explosions). I’m interested in how PEOPLE work. Not just me but others as well. How is it that when I tell my wife something she hears something completely different? How can two people argue while saying the same thing?

John doesn’t have the answer to every question — however, I like the answers he does have to some fairly basic questions including how men and women’s brains function differently.

It’s worth reading Brain Rules — that is if you feel like you want to know more about how your brain — and the brains of those around you — really work.

The True Cost of Windows Vista
Scroll to top