What is a UPS, Really?

Home Professional What is a UPS, Really? 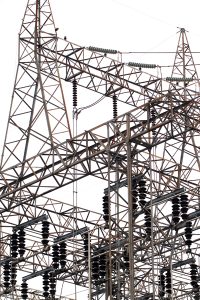 What is a UPS, Really?

What most of us believe — that uninterruptable power supplies (UPS) today are uninterruptable – isn’t exactly true. What companies advertise as UPSs are in fact standby power supplies (SPS). What’s the difference? Well, in a true UPS the power never falters when the utility power is interrupted. There are several ways to do this but sometimes it’s done with a charger and an inverter. The charger converts the alternating current (AC) that the utility provides into the direct current (DC) that the battery can store. The inverter converts the DC into AC. It’s also been done with flywheels and other approaches too but the result is the same. The problem with this approach is that it’s inefficient. You lose some of the power by doing the two sets of conversions. The benefit is the output power is “as smooth as a baby’s bottom.” Because of the efficiency loss, only the most specialized applications use UPS.

Most of the “UPS devices” that we see in the market are really SPSs. The SPS work by keeping the load (usage) on the utility power while monitoring it. It’s also running a charger to ensure that the internal battery is always fully charged and ready to deliver power. Once the utility power falls out of range because of over voltage, under voltage (brown out), or outage (black out) the SPS transfers the load to an inverter. The inverter keeps the load going while the utility power is out. After a minimum switchover time and the utility power reentering a safe zone the load is transferred back to the utility.

The minimum switchover time is designed to prevent rapid transitions between utility power and inverter if the utility power isn’t stable. That’s important when you consider that during the transition to the inverter and back to utility power there’s a small gap in power. Most devices today can handle a small gap every now and then but they can’t take many of them in a small period of time.

Most devices (as opposed to lights or machines) today are actually internally running on DC current. From the computer to the DVD player internally they’re converting the AC power back into DC power for consumption. This can be done a few different ways but for the most part this is done through a switching power supply (sometimes called a switched mode power supply). This type of design has a small amount of capacitance depending upon the specific design. Capacitance is like a small battery. It’s the ability to keep the output side going with small fluctuations in the input power.

The impact of this is the device has a short power outage and reboots. If the process of rebooting is quick you may not even notice it. However, if your device takes a while to reboot it will be frustrating — and very hard to find the source of the problem. Most of the SPSs in use today don’t have monitoring or logging. Without monitoring or logging you don’t really know that the SPS switched the load to the inverter — and caused the momentary power outage. Larger units typically have this sort of logging like the RU2200 with the network management (Ethernet) card in it that I use to keep my virtual machine host operational. Take a look at the output of an event earlier this year.

You’ll see that several times the system transitioned to battery power for two seconds – the minimum switching time. You’ll also notice that even on these devices it’s somewhat frustrating because the events are scattered in with other messages – like the DHCP release being renewed. I’ve blogged before that many issues with technology are the result of bad power. That’s true even when you’re trying to ensure that the power is good.

In the case of the virtualization server I’ve got plenty of capacitance in the power supplies (they’re oversized for the load on them which tends to increase capacitance) and the RU2200 has a relatively quick switching time so I’m good. However, my Linksys/Cisco SGE2000 connected to a CyberPower CPS1500AVR doesn’t work so well. It has a tendency to reboot – and lose its configuration but that’s another story… I can figure out what happened because I check the other SPSs to see that they transferred – and I can infer that the CyberPower transferred power since they’re on the same power source.

Keep an eye out when you’re buying a SPS in the clothing (or branding) of a UPS.

PrevPreviousJust How Hard is it? (To Find SharePoint Skills)
NextVirtual Switch LoopsNext