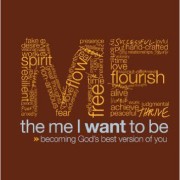 When an author practically opens the book talking about being called out by his wife for not really doing what he said he would do, you know that it’s going to be an authentic look at the author himself, his struggles and growth. John Ortberg shares his struggle to become more connected and supportive – and when he isn’t connected and supportive — his wife calling him on it.

Many of Jesus’ confrontations were with the Pharisees. They were the righteous group of Jesus’ time. They had created a set of rules to live by, layered on top of the biblical teachings. They were frequently questioning Jesus about his behavior and that of his disciples because they weren’t following the rules that were created by the Pharisees. The Pharisees were great rule creators and, to a lesser extent, followers. They were so focused on the laws and their rules that they sometimes forgot the reasons that the rules existed in the first place.

While Jesus did make progress against the Pharisees, most adults who grew up in a church setting have been judged or condemned by someone because they didn’t follow every rule – or they didn’t fit the mold. It seems that even today we equate spiritual maturity with rule following. Instead of focusing on cultivating the right hearts, we’re more concerned with whether folks are following the rules than where their hearts are.

The problem with rules is that they often lead to unintended consequences as discussed in Diffusion of Innovation. Edward Deming said that you get what you measure. That is, whatever behavior you choose to measure will be a powerful motivator and because of that you will get more. However, sometimes you get more of what you’re measuring to the detriment of other factors. Consider for a moment a manufacturing environment, where you can get metrics on speed of production, number of defects, and number of accidents.

If you press for the speed of production, you’ll invariably drive up your defects and perhaps even your number of accidents. If you measure scrap, your production speed will likely go down. This is the reason that instead of individual metrics, most organizations have gone to a balanced scorecard for their measurements – they measure all of the outcomes and describe the relationship between them that they’re striving for.

Rules have no clean counterbalance. For instance, the rule that you can never work on the Sabbath becomes an issue if doing so would serve your brother. The Jesuits had it right when they focused on values and principles rather than on rules. (See Heroic Leadership). You have to have principles to live by – not rules.

Ortberg describes a situation where ink marks on walls would result in demerits, so his friend would chip off the paint – for which he did not receive demerits. The system created by the rule for no ink marks created the unintended consequence of slow destruction of the room.

Ortberg asserts that perhaps the largest mental health problem in our era isn’t depression – it’s a failure to thrive. That is that many people are walking around in a fog not able to clearly see their mission or purpose. They are stuck in a cycle of meaningless existence and are yearning to have meaning in their lives, but they’re not sure how to get it.

In medical terms, a failure to thrive is an assessment that a baby isn’t growing at the rate that would be expected. They’re not gaining weight when they should. They may be still growing at some rate. There’s no obvious and urgent issues to their health – they just don’t seem to be growing at a rate that is normal.

Thriving individuals, on the other hand, exude confidence and an unmistakable energy that cannot be quelled. They don’t serve out of obligation but instead out of opportunity. They love that they’re allowed to be a part of life and to leave their mark on the world in small ways as well as big ways. That attitude of thriving is essential to changing your worldview.

There are lots of places where you’ll hear that attitude is a little thing that makes a big difference. However, Ortberg’s example for this is amazing:

Of course, not all dogs or cats feel this way. However, the contrast in the way the day seems based on attitude is unmistakable. You can choose to feel like today is the next day in your servitude, bondage, or oppression – or you can choose to see the day in the best possible positive light. Perhaps petting a dog will help with that.

Some of our attitude is driven by our mood – our core makeup. One of the ways that Ortberg explores this is through the Enneagram.

Ortberg spends some time on the Enneagram as a way of looking at yourself. I won’t revisit the content that I reviewed in Personality Types – Using the Enneagram for Self-Discovery. There are a set of strengths and weaknesses that are associated with each type. I’ve added them to the following graphic with the number and descriptor from the Personality Types book and the name used by Ortberg. (The Enneagram has several different variant names for each of the nine personality types.) 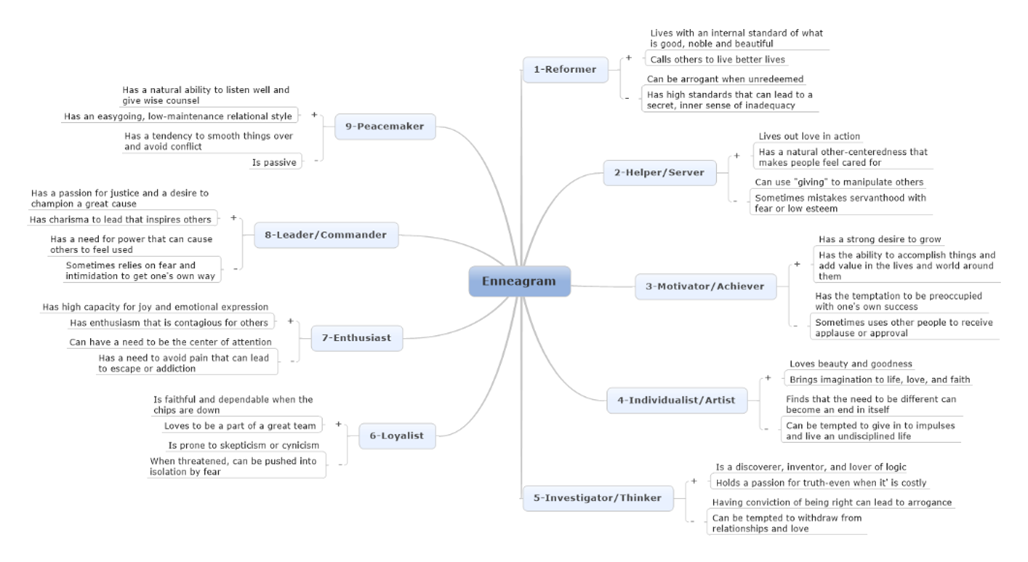 No matter what personality type you are, the final point from The Me I Want to Be that I feel is worth pulling out is that there’s a general encouragement to live life to its fullest. From the casual remark that the ancient Greek language didn’t have a word for boredom, to the awareness that “when you practice hope, love, or joy, your mind is actually, literally, rewiring your brain!”. One of the suggestions for how to live life more fully comes from an awareness that it is through our relationship with others that we are made happy. “What distinguishes consistently happier people from less happy people is the presence of rich, deep, joy-producing, life-changing, meaningful relationships.”

Give The Me I Want to Be a read, and become what you want to be.