What is SharePoint is the Wrong Question! 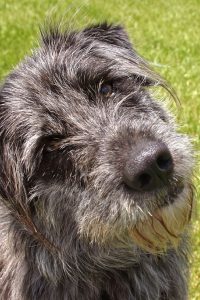 What is SharePoint is the Wrong Question!

I can – and do – describe SharePoint as a web-based platform for building communication and collaboration solutions. In doing so, I might as well be speaking in a foreign language. It doesn’t make any more sense to you than it would for me to try to explain email to Thomas Edison. He’s a smart guy – but he’s not likely to understand what solutions email enables in people’s lives in the context of his world.

Analogies are the lens through which we learn something new. We look at how SharePoint is like and is not like what we already have, so that it can be made to make sense. To that end, I’d like to share two analogies and compare them. The first, prefabricated houses, helps to convey the speed at which we can build solutions to problems in SharePoint and the second, the building blocks analogy, helps to demonstrate the flexibility that we have to leverage components.

If you buy a prefabricated house, you know, for the most part, what you’re going to get. The basic plans are set. The walls are shipped in on a truck. They were made at a factory miles away. When the parts get on site they’re connected together and, rather rapidly, you end up with a house.

The benefits of a prefabricated house are that it’s generally cheaper and the quality is generally better because of the benefits of having good control and consistency in a factory. They also improve the time-to-completion. However, there’s generally less flexibility in the overall design, and relatively fewer ways to customize the home at a structural level.

SharePoint is built on the web, via templates, and provides a relatively consistent experience. Oversimplifying for a moment, everything in SharePoint is a list, library, or a web part. (I’m purposefully ignoring Microsoft’s newer names now for simplicity.) A web part is a way to visualize information or do something on a page. A list contains items and a library contains folders and files. The beauty of SharePoint is that it’s a set of predefined and tested components that can be put together. This makes it quick to set up and relatively low in cost.

Like a prefabricated house, there are some things in SharePoint which are set. You’re going to have SharePoint sites and they will contain various lists, libraries, and pages. The pages will have content and web parts. These are the basic building blocks. You get to control the final look and feel – like you would in a prefabricated home – but the structure is relatively fixed.

Out of the box, SharePoint has templates for search centers, team (collaboration) sites, and more. These are “ready to use” immediately after taking SharePoint “out of the box.” Like the prefabricated house, SharePoint can be available to use rather rapidly because of these predefined and tested components.

I love Lego® building blocks. They’re great fun, plus I’ve had the pleasure to speak with some folks from their corporate offices over the years and I’m simply impressed. The beauty of Lego building blocks is that you can do almost anything with them. You can make houses, castles, cars, and hundreds of other things. These items are all based on a relatively small number of different kinds of building blocks. The magic of the Lego system isn’t the blocks themselves, but rather how they’re put together.

Some of the Lego kits are set up so that you have a single set of instructions about how to create the object on the box. Others are set up so that you can build several different objects with the same kit. These ship with the three or four sets of instructions necessary to build the different objects described in the kit. However, you don’t have to make what’s on the box. You can make anything you desire out of the blocks that you have.

SharePoint is similar in that you can build the kinds of things that are on the box. There are a set of instructions (templates) which can be used to quickly create pre-designed solutions. However, you don’t HAVE to make what’s on the box.

Of course, you can buy other Lego kits and get some of the less-common blocks that might not have come with your kit. You can do similar things by buying web parts or solutions specifically for SharePoint. You simply add to your starter kit with the new things that you want. Because you can buy from other kits – and in the case of SharePoint, create your own compatible blocks, what you can achieve is relatively limitless.

I use this pair of analogies because it is the simplest way I know to answer the great challenge of describing SharePoint. On the one hand, you get utility, practically out of the box. You get quick templates for common needs and can get up and running quickly. On the other side of the fence, you get a platform for building solutions – with some assembly required. Both are true of SharePoint.

I should say that Microsoft has called the new development model Apps – then renamed them to Add-Ins. They have App Parts which are like web parts except using the new development model. Lists and libraries that you’ve added to your sites are now called Apps too in a move that I’m convinced was designed to just confuse people. Despite the musical name game SharePoint is built on sites, pages, lists and libraries, and web parts – no matter what we choose to call them.

It’s not about SharePoint

But this isn’t a blog post about how difficult it is to describe SharePoint. It’s a calling to ask a different question. Instead of “What is SharePoint?” the question should be, “Why do I care about SharePoint?”

So what can you do with SharePoint? The answer is almost anything. Whether you should or not may be a different story but you can create all sorts of solutions with SharePoint. It can solve problems as diverse as project management to customer relationship management to document and records management.