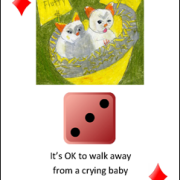 I’ve had echoes of societal problems as I’ve been reading and researching. How Children Succeed talked about Adverse Childhood Experiences (ACE) and secure detachment. It spoke of the need to help children feel safe so that they could flourish into the amazing people that are trapped inside of them. Bowling Alone spoke about how as a society we’re not as connected socially as we used to be. I have the intellectual view of the problem that we’re not supporting our children and or staying connected into the kind of tight-knit communities that Change or Die said help people recover. However, my wife gets to live the gap that exists between children and their care takers.

Every day as she works she sees children in a pediatric hospital and their families. One of the things that breaks her heart is that the parents are on their phones and the children are watching TV or playing games. They’re together in physicality but they’re not really connected. Together we resolved to try to change that. We wanted to help children and their families to connect and to play with each other. Ultimately we settled on the name of Kin-to-Kid connection for this mission. We wanted to help parents, grandparents, and kin of all kinds to connect with the kids that are in their lives. To that end, I want to announce that our Kin2Kid.com web site is online.

Our first product is a humble set of playing cards. We recognized that Americans still play cards – mostly in groups of adults – twice as much as we go to the movies. As a result we felt like if we introduced playing cards that kids would like that we had a chance of engaging the kin as well. Not satisfied to do just a deck of cards we added several twists. First, we added a die face to the cards. This allows them to be used as a dice replacement.

Dice are difficult to use in hospitals because they’re a potential choking hazard and once they’ve been on the floor they’ll be coated in germs. There are many other places like in cars and on airplanes where dice just don’t make sense. While we realized that the ability to use the cards for dice replacement is a good first step we wanted to convey safety messages as well – to keep kids out of the hospital in the first place.

Terri and I created safety sayings inspired by the CDC and American Academy of Pediatrics. These safety saying were then coupled with child-drawn artwork that match the safety saying – at least in the mind of a child. Every card has this child artwork and safety saying. The feedback is that some kids are having as much fun looking at the artwork and reading the safety tips as they are having playing the card games. We’re pleased that we’re able to create something that is loved by so many children and adults alike so quickly. Take a look at a few of the cards… 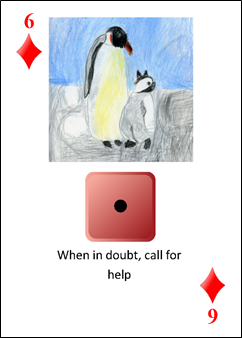 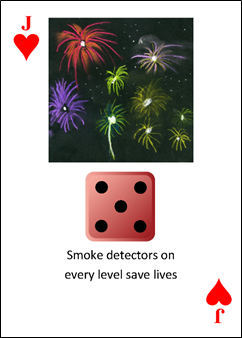 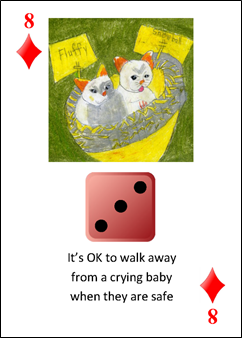 We’d love for you to visit the Kin2Kid.com web site and to let us know what you think of the idea. We’re taking feedback at feedback@kin2kid.com

Book Review-The Search for Significance: Seeing Your True worth through God’s...
Scroll to top