Blog
You are here: Home1 / Blog2 / Professional3 / Development4 / Article: A Developer’s Path to Freedom Through Apps 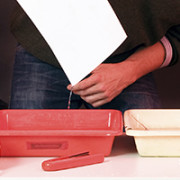 Rarely is there a developer I come across in my travels who isn’t interested in starting their own company and creating the next big app. Actually, it’s more accurate to say that most developers have a view of creating an app as a way to win the lottery. It’s the shared dream of retiring early, driving sports cars, and leaving the cubicle police far behind.

The good news is that the dream has become a reality for some. They’re already where we want to go—so they can help us get there too. The bad news is that the road isn’t straight and it’s not without work. Sometimes, more work than people expected. Along the way, I’ve met folks who’ve tried and failed, who’ve soared and crashed, but there is wisdom in their stories, too. In this series of articles, we’re going to look at building apps and how they can lead you to freedom or just another prison. The first stop is the road through independence.

The vision we have is that those who’ve created their apps and are living the good live starts in one of two ways. They start as a lone wolf coding through the night living on Mountain Dew and Cheetos, or they start as part of a posh startup located in a city we don’t live in who received their funding from an angel investor—who you have no hope of meeting.