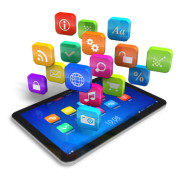 In the first article of this series, “Freedom through Apps: The Road through Independence,” we started to look at the idea of gaining freedom from the daily grind through creating applications. We more specifically covered the idea of carving out time. In this article, we focus more deeply on how you can leverage your independence to create an app—and a company that will be your ticket to retiring rich. What does it take to set yourself up as a developer who can retire rich?

Our first view of the developer who has become independently wealthy and has retired is the lone wolf. The idea of the lone wolf is enticing because it means we don’t need anyone else to “make it big.” However, there don’t seem to be many successful lone wolves. Those who try to make it on their own often end up burned out and frustrated. One success story from many years ago is Phil Katz, who wrote an enhancement to the ZIP archive format—PKZip. The program was a success and a company formed around it and his software. However, PKZip is the exception not the rule.

To Know about Knowing

Most developers are hard wired for learning. Whether it’s a new language, tool, or environment, learning is a core part of what it means to be a developer. Most developers will initially resist a language or environment as a passing fad, but eventually dive in and learn the latest and greatest once they’re sure it’s going to stick around. We’ve all learned something that turned out to not be useful any longer. (I happen to know a great deal about sales and use tax because I needed to for a project once.)