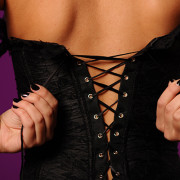 If you are like most developers, you dream of the idea of building the next big app that will cover the cost of your retirement. In the article, Freedom through Apps: The Road through Independence, I cover a few up-front considerations needed to begin the reality of building such an life plan. If you can’t be the lone wolf developer; because it’s too much work, or it’s too risky, or you like people too much and you want a road to financial freedom, how do you get there?

The other vision that people chase is the idea of creating a startup company, getting funding, and making it big. While certainly this has worked for some folks, it’s not the path that most successful folks take. As it turns out the hidden work of building a startup is more than most folks realize.

Imagine for a moment that you’re sitting down with an investor who has enough money to invest in your company. Imagine that you’re willing to give up any amount of ownership and you’re ready to deal. However, instead of the investor working on terms and negotiating for a percentage of ownership for an amount of money, you hear “Fail first and then we’ll talk.”

The reality of getting investment dollars is that investors invest in people and not ideas. They invest money where they believe that the person will make it work no matter what the cost. They invest when they believe the investment will pay off and not in a win-the-lottery type of way, but in the kind of way that they expect people will want to buy milk tomorrow. So investors are looking for two key things in a person. First, they want to know that you know what it’s like to fail. They want to know that you’ve learned what you’ve done wrong before so you know not to make the same mistakes.