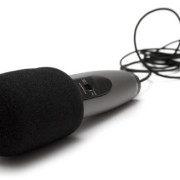 The chink in the armor of most of the developers who are looking to retire rich by creating apps is marketing to users. It may be that you are able to learn how to create some independence. You might even have decided whether the lone wolf or the sexy startup is right for you. You might have even figured out how to iterate App development quickly, but you’re not done when you release your App into the App Store. It takes more than being available in the App Store to be successful, that’s when it’s time to put on your marketing hat—or buy a marketing hat to put on.

Sitting On a Store Shelf

Just because a product is available doesn’t mean that it will automatically sell itself. Just because your application is in the store doesn’t mean that it will sell. In fact, there are thousands of apps that are in the store with nearly zero sales. You don’t want this to be you. If you want to sell your app and retire, it’s going to take getting out there and doing some marketing.

Marketing is not a skill most developers have been taught or even understand. Development is a world of rules and if … then …. The world of marketing isn’t repeatable and just because it worked some way last time doesn’t mean it will behave the same way the next time. However, once your application is launched it’s marketing that will make it appeal to others—and convince them to buy.

The Silence of the Fans (not Lambs) – Quiet PCs

Book Review-A Hunger for Healing: The Twelve Steps as a Classic Model for Christian...
Scroll to top