Blog
You are here: Home1 / Blog2 / Book Review3 / Book Review-Stepparenting: Everything You Need to Know to Make It Work 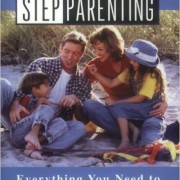 It’s been said that parenting is the world’s hardest job. It comes with immense responsibility, impossible hours, no respect, and an unending litany of problems. However, there is a more difficult job. That is the job of the step parent. With parenting you have biology and history to fall back on. With step parenting you have no genetic bond and you don’t know what happened to the children before you became a part of their lives so it makes understanding them difficult. Stepparenting: Everything You Need to Know to Make it Work is designed to help you through the process and make it a little more manageable.

The Path to Step Parenting

In order to reach this difficult job one first has to go through the death of a spouse or through divorce. (See my review of Divorce for more on the divorce path.) Having personal experience with one and up-close experience with the other I can say that neither of the paths are enviable. Both of the paths come with their own pain and they leave their own scars – not just on the parents but on the children as well.

When parents are in pain they are often distracted from their roles as parents and they are prevented from being successful. The addition of another person, a stepparent for your children improves the situation because it offers a close relationship which improves overall divorce recovery. (See Divorce for more on the value.) Further, it introduces another person who can help to share the load with you. However, at the same time it introduces the need to address their pains as well.

The death or divorce that lead someone to being a step parent took a toll on the children in the relationship whether they quite literally lost – or only lost a part of their parent, they’re aware things aren’t as they were. Often children feel like they’re fighting for attention of a parent because their parents are spending more time tending to their own needs.

Consider a week has only 168 hours in it. If you’re sleeping 7-8 hours a night, working 50 hours (and traveling another 5), spending another 25 hours per week on domestic duties and personal maintenance tasks, you’re left with only 37 available hours for anything else – projects, spouses, children, etc. 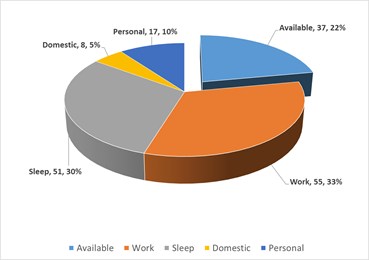 With so little available time even a few hours a week of loss to a step parent can seem monumental.

So much of what causes problems in step families are the things that are problems in nuclear families – but the results are just more dramatic.

The primacy of the couple must be maintained because without it nothing else will hold together. It’s like gravity. If there is no gravity it doesn’t matter how great a car you have.

In the family unit it’s the children’s job to push boundaries and to try to work around the systems. They’re naturally designed to explore. The trick is to not get your buttons pushed when the children are pushing the boundaries.

Rules are rules, or are they? Rules without consequences aren’t really rules at all as one friend of mine recently explained while describing a class where they defined rules for a game but no enforcement. Children need to not just know the rules but they need to be clear about the consequences – and they need to be implemented if the rule is broken.

With distracted parents sometimes children are allowed to set the rules or negotiate a new set of rules. This is dangerous as children aren’t ready for this responsibility. In any parenting relationship the parents need to be parents and not allow children to parent them.

Developing healthy friendships with children is appropriate – particularly as they become adults – but only when this doesn’t interfere with the primary role of being a parent. Parents sometimes desire approval from their children so much that they try to be their child’s friend first instead of second. This causes a number of problems when children don’t understand how to deal with step up-step down relationships (authoritative relationships) in the future.

Sometimes in one-child relationships the child can become the center of attention. The entire world revolves around the child. The problem is that this doesn’t teach the child how to get along with others. Creating a healthy balance between paying attention to the child and not being focused on the child is key to the child’s long term development.

Like the rule of being friends second, revolving the family world around a child can create problems adapting later and a child that needs to be the center of attention in every situation.

Perhaps the most pervasive theme throughout the book was drawing the distinctions between a normal family and a biological nuclear family. That makes sense. From the point of view of most of us we’ve seen a nuclear family – whether functional or dysfunctional. What we may not have seen or understood are the nuances of a step family. Chief among the differences is the lack of instant love.

One of the wishes when a couple creates a step family is for everyone to instantly get along and love one another. After all they love their new spouse, shouldn’t the families love each other too? In a word, no. The kind of love we’re talking about in a family develops over time. Unlike the eros (romantic) love that attracted the couple in the first place, the philos love that binds a family together in brotherly love takes time. Shared experiences will create the opportunity for love to develop.

In the book Play we discovered the value of play in preparing humans for the ambiguities of life. One of the challenges of step parenting is knowing when to let the siblings verbally play with one another and when the play is too rough or it’s no longer play.

Whether you have a “wasband” (was husband) or a “prife” (Prior wife) the children have parents including two biological ones. No matter what your issues are with the ex, the children still love (or should love) both parents. When speaking in front of the children it’s essential to respect the prior spouse.

While parenting can be a scary proposition, step parenting doesn’t have to be any more challenging despite the lack of biology and history. By considering how to be the best parent you can be you’ll easily sail through the step parenting process. If you don’t, you can always pick up the book Stepparenting.

Book Review-Play: How it Shapes the Brain, Opens the Imagination, and Invigorates...