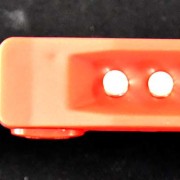 I’ve mentioned before that I make mistakes and I fail even though from the outside this may not seem to be the case. I wanted to take apart one of my more recent failures and share it with the world in part to remind myself and in part to offer others the opportunity to learn as well.

My mistake was in an attempt to order 1,000 UV (Black light) “pen-type” lights. The objective was to have enough for 500 of our handwashing kits that we’re working on for Kin-to-Kid Connection. The thinking was that even if I had some failures I’d have more than enough for 400 kits. However, in the end I’ve wasted around $2,000 on a set of LED “pen-type” lights that I won’t be able to use in the kits.

Let me explain some background and how I got off track.

Many moons ago in a land not too far away from where I am now, I worked for Woods Industries. They made extension cords but we also sourced a great deal of product from China and other countries. While at Woods I worked with the direct import business, did special projects for the CEO, and helped with the computer, audio, and telephone products in product management.

While I was there I learned that it was important to ask questions where the correct answer was “No.” This was simple. Culturally it’s hard to say “No” to your customer (or buyer). When people don’t understand completely they’re likely to say “Yes.” So in order to ensure you’re getting what you expect, you should ask questions where the correct answer is “No.” I know this but I didn’t implement it like I should.

The world is different today than it was when I worked for Woods. Chinese manufacturers and their agents have – at least in some ways – made it easier to import from China at a personal level. Sites like Wish.com make it easy for consumers to buy direct from China one piece at a time. The delivery takes weeks but the prices are good. You’ll even see direct from China operations on EBay and Amazon.

Interestingly these sites don’t scale well when you want to buy a hundred or more of an item. There aren’t quantity discounts and at those quantities the individual shipping charges start to matter. As a result you look for other options like Alibaba.com. In these marketplaces you’re working business-to-business and minimum quantities often range from 1,000 to several thousand or even tens of thousands.

Alibaba is a marketplace where manufacturers can post the products that they can produce and businesses like mine can locate what they want. I was looking for a unique LED based UV Light to include in our kit. You can buy 9 LED UV flashlights inexpensively but they feel wrong for the high-quality kit we were creating. I ended up finding “pen-type” lights that take three AAA batteries and have seven LEDs on one side of the “pen” – they’re perfect for illuminating the hands of little children learning to wash their hands.

I started a conversation with a supplier and settled on a price. $0.88 USD each at a quantity of 1,000. So $880 USD in total. They would have the items FOB (Freight On Board) Ningbo China 30 days after payment. As I tried to complete the transaction things started breaking down and I didn’t realize it.

The supplier sent me a proforma invoice to sign with wiring instructions on it on October 5th. The invoice specified the product which matched the listing on Alibaba except that it failed to indicate that the LEDs were UV and it failed to indicate that we could have a one color logo printed on them. I followed up and indicated that the product on Alibaba indicated UV lights and confirmed what I was requesting on October 6th. They agreed to update the proforma invoice but never did.

Here’s where it went wrong. I signed the proforma invoice and wired them the money. I knew at the time I was risking the $880 – but I felt like this was a reasonable risk. Alibaba didn’t lay out for me that once the supplier confirmed the order – which apparently they hadn’t been doing – I could send the payment through Alibaba and thereby get a “Trade assurance” protection. It was after I paid for the order that they flagged the order as OK in Alibaba which then (and now) shows that I didn’t pay for the order. When I asked them to mark the transaction as paid on Alibaba they said they couldn’t. So now I’m off the Alibaba system.

The order was officially acknowledged by the manufacturer on November 3rd. By November 8th, we had agreed on the shipping marks for the cartons. When I checked on when the products would be shipped on December 3rd I was told they needed 20 more days for production. On December 22nd I reached out to confirm they were producing the lights. On January 8th, we got photos that they were producing the lights and we noticed a problem. Our logo wasn’t printed on the lights.

I made the decision to continue since the logo wasn’t the biggest thing in this particular case. It was a nice to have but not a “must have.” In order to prevent further delays I told them to complete the shipping of the products.

Included in the photos of the lights was one where the light was on. What I didn’t see in the picture was that the LEDs were regular cool white LEDs not the UV LEDs I had been trying to order. Maybe I should have seen the problem – or maybe I shouldn’t have. I don’t know.

One of the other challenges was finding the best way to get the lights from China to the US. Ultimately the best answer became UPS. I did figure out that it was more expensive to ship them via ocean than to just ship them air freight. I can’t explain how that is. However, I did end up getting them shipped via air to arrive here. I’ve still not seen the final bill for the freight but the estimate is over $1,000 USD.

When it arrived my heart sank. I turned on the first light and realized that the entire batch of lights were useless for my purpose. I needed UV lights and these weren’t them.

So I’m not in a spot where there is no remedy for the problem. If the manufacturer gave me a set of replacement lights and could get them done immediately I’d still be out the over $1,000 in shipping charges for this first batch and would have to ship the next batch. Of course, I doubt that the resolution will be to replace all of the lights – but even in the best case scenario it’s a big loss.

I’ve tried talking to the vendor and to Alibaba without even a proposal for a resolution. So I’ve now got a set of lights that I can’t use – and I still need to find a way to get our kits together. While a $2,000 mistake doesn’t mean that we’ll stop eating. It does sting to have to learn such a difficult lesson. The only good thing about this is – I probably spent less than I would have spent to go to a course on sourcing from China. At least that’s the way I’m trying to console myself.