A few weeks ago I posted SharePoint Users Groups and Community 2.0: Reflections and Projections. I shared my perspective on the state of technical users’ groups and SharePoint in particular, and asked folks to please take a short survey to help me get a sense for where everyone’s thoughts were about the technical community. The results are in so I wanted to share what I heard.

The first question was the importance of the community. Not surprisingly, folks thought community was fairly important: 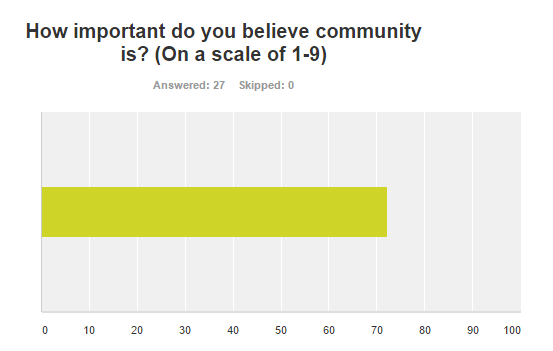 Of the highly engaged audience, there were many (38%) who had attended two or fewer events in the last year. At the other end of the spectrum, 36% had attended more than six events. 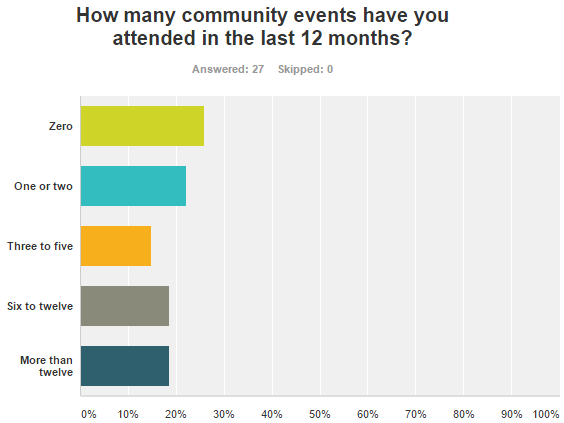 More interesting than how many they attended was the number of those that were attending less than they used to (57%). Again, this is telling in a highly engaged audience. 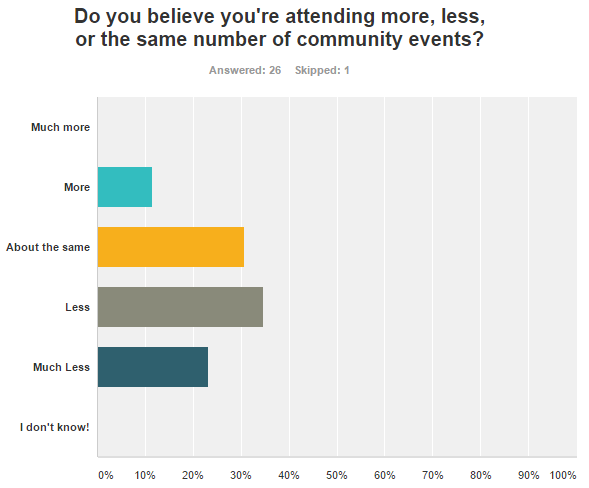 When asked about the balance between on-ground and virtual communities, most folks (51%) felt like a balanced approach was best. More telling is that if you include slightly more or less (so roughly the same) nearly everyone answered that they wanted it – “it” meaning a mixture of both types. No one indicated a desire for all virtual events – though clearly we’re moving in that direction. 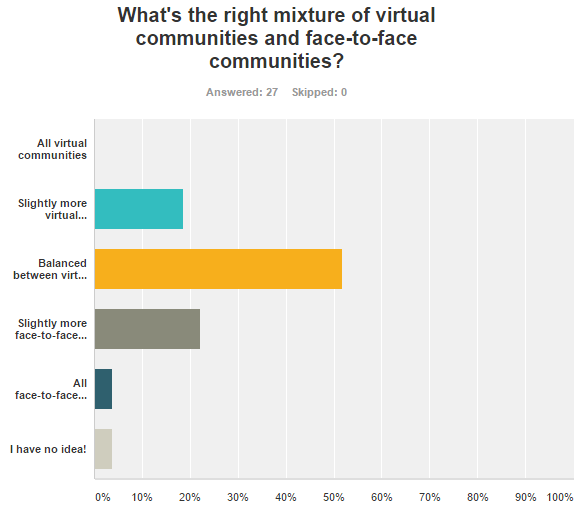 However, the most interesting results (to me) were the results when I asked folks what they wanted more of. Half- and full-day events on one or more topics topped the list, with over 60% for each of the two options. Webinars and Face-to-Face meetings (one-hour format) were next, with both receiving 50%. There was strong support for just getting together at a restaurant as well. 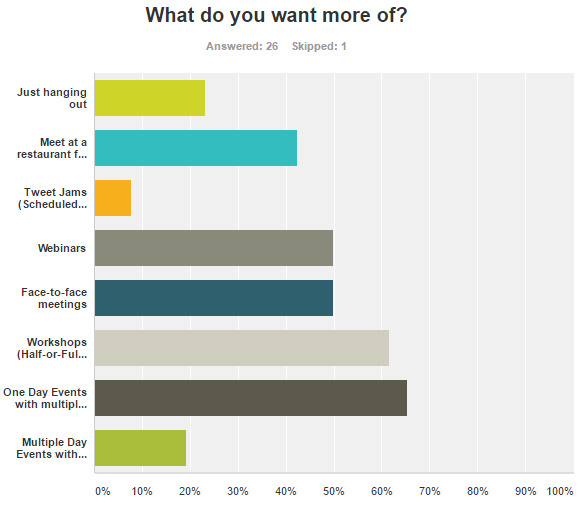 Overall, what folks want from the community is Show and Tell (92%). Other folks are looking for social interactions and development discussions (over 55% each). It’s really interesting to see what people want out of communities. Some of it is training but a lot of it is really that community connection. 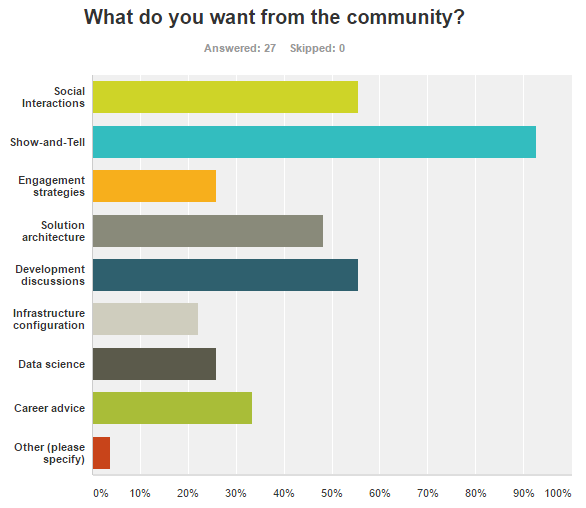 I don’t know what the next steps are for our group in Indiana – but I do know that my perception of what people want has changed.

Book Review-The Halo Effect: … and the Eight Other Business Delusions That...