Blog
You are here: Home1 / Blog2 / Professional3 / Announcing Discovered Truths – Soft Skills for Everyone and Solving the C... 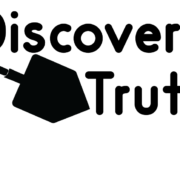 One book a week. Every week. Years and years. That’s what’s been happening around here. I’d read on average one book per week and post a book review of the book. That’s a lot of reading and reviewing. It’s over 200 books. It’s also a lot of content on a variety of topics. From psychology through neurology and leadership to marketing and management, the books, on the surface, are in different categories.

However, whether it was leadership, counseling, psychology, neurology, or marketing, the same topics came up over and over again. It wasn’t just different authors’ takes on the same thing from inside the same discipline. Across authors and disciplines, the topics would sound a familiar chord, even when the terminology was different.

For instance, persistence in leadership was spoken of when Jim Collins discussed the Stockdale paradox in Good to Great. Marketing books talked about it as the need for repetition and continuing to send the same message to the market over and over again until someone is exposed enough to realize it. The Halo Effect argued against the definition of insanity as “doing the same thing over and over again and expecting a different result.” In fact, The Halo Effect talks about our world being probabilistic, where if you try for long enough, eventually your number will come up.

All of this led to trying to unify the content from all of the different places into a set of chunks of information that people can process – which is what Discovered Truths is. However, what’s more interesting is why it works.

Too Much to Process

One of the most frequent complaints I get even from my faithful readers of my blog is that my book reviews are long. Typically, I’m writing reviews at the 2,000 word or more length. To put this in perspective, I’m often writing at the level of a feature for a magazine, or at least double the length of a typical web article. (They frequently come in at roughly 1,000-1,200 words.) That’s great if you don’t want to read the book but want to understand the content. It’s good if you want to shortcut your reading list to see what you want to read – and what you don’t – if you’re not reading a book a week. (You’re in good company: most people aren’t.)

However, it’s a time investment to read the review each week. It might take 15 minutes to make it through the post, and not everyone has that kind of time to devote each week. They need something more bite-sized, and it’s not just the millennial generation that needs it that way.

Though a member of Generation X, I have sympathy for the members of the millennial generation who are much maligned in the media. I know from my research that millennials are not that different from every generation before them. If you look at my review of America’s Generations, you’ll see that most of what passes for generational differences are, in reality, age differences. When we were young, the Gen Xers did the same job-hopping that the millennials are now doing, but we didn’t get the same negative press about it.

However, there are some legitimate differences with the world today, and leading the response to those changes are the millennials. They’re more impatient. They’re more the “now” generation than the boomers born in the age of the microwave – or the “radar range”, as it was originally known. The world for every generation is moving faster. Barriers have been removed and there’s so much more for us all to know.

It used to be that everyone learned how everything worked. There was a curiosity for how cars worked and how electricity worked. Because of the proliferation of things for us to know, millennials have at best a passing knowledge about many topics and deep knowledge about practically nothing. While they have a broader set of knowledge, it comes at the cost of having depth of knowledge in any one thing.

We used to watch hour-long programming. Now most shows are 30 minutes. TED talks are 18 minutes. More and more, we’re pressing our content into smaller, more YouTube-like chunks that can be consumed in five minutes or less. While that may work when you’re trying to teach someone how to remove a radio or bake a cake, it is difficult to enable people to make meaningful change five minutes at a time. Learning a specific skill is easy, changing the direction of someone’s life isn’t as easy.

I started my career as a software developer – or as a programmer as we were called back then. When I started, you could get away with being poor at human relations and soft skills if you could deliver the goods technically. I had the good fortune of being sufficiently technically competent to find and retain positions at organizations. However, I didn’t have the best interpersonal soft skills. I muddled through getting knocked down more than once because I didn’t handle interactions well.

It wasn’t just me. I had a manager who had a sign on his desk that said, “Tact is for weenies”. He lived it, too. He kept his position because he knew aspects of the business that the owners didn’t, and they didn’t know how to eliminate him safely.

The world has changed since then. I’ve seen plenty of developers who are very good but who couldn’t get along with the team or with the business and who were stuck or who were asked to leave. Even in the talent shortage we have today, organizations are jettisoning good developers and technical staff over their lack of soft skills. Mostly, this is delivered as a coded message by describing them as a “bad fit culturally”. Ironically, it’s the managers that don’t have good skills themselves, who are leading these groups and are often ill-prepared to coach developers on how to develop these soft skills.

The Value of Coaching

Businesses are recognizing that, if they want peak performance, they need to learn from athletics and supply a coach to help improve performance. In The Art of Learning, Josh Waitzkin shares details of his rise to the highest levels of competitive chess and how this required that he leverage coaches. He continues to share his martial arts career, and how he leveraged coaches and sparring partners to reach peak levels in that arena as well. In Peak, Anders Ericsson underscores purposeful practice with the value of coaches on keeping students pressing themselves and moving forward.

Coaching for performance is a way to accelerate employee performance, but it’s expensive. In most organizations, it’s only the most senior leadership who get coaching, and for two key reasons. The first challenge is the cost of the program. Paying a coach to help you improve means paying another person, and most businesses operate with the awareness that their largest cost is the cost of their employees and contractors. Adding more employee expenses isn’t the first choice of most intelligent managers.

The second challenge is — strangely — the ability to find enough good coaches. A single coach has a fixed limit of 24 hours in the day and a productive limit somewhere between 6-12 hours per day. That translates into a maximum impact that they can have while coaching individuals. Assuming some administrative overhead and some recovery time, six hours per day (30 hours per week) is pretty close to peak sustainable performance. At two hours per week per person being coached, that translates to 15 people.

The obvious solution is to add more coaches. However, most coaching practices are small and have scalability only to a few coaches. A practice with six coaches available to provide coaching would be considered a large coaching organization. Thus, coaching through one practice could reach at most fewer than 100 people. That means that not everyone in the organization could possibly be coached, so a different strategy must be used.

The Power of Programs

Once organizations realize that not everyone can get a coach, the next approach is to leverage programs to create structured improvement in the organization. While it doesn’t have the same power of coaching, the thought is that perhaps a structured program can improve specific skills of the employees. Programs exist from a variety of highly popular authors and organizations. Each program promises that your organization’s overall performance will improve if everyone can just learn the skills that the program teaches.

Employees, on the other hand, have seen these programs come and go. They tend to wait out the latest fad and decide to not pay much attention to it. They’ll eventually go to the required training do the required exercises, and then ultimately decide to not worry about it in their daily work. They can wait the program out until management tires of it – or simply replaces it with the next “flavor of the month.”

Ultimately, because the program is an event and not a strategy, its lessons are quickly lost. That’s why some organizations try to get every employee to act as an internal coach.

Everyone Is a Coach

The solution to the coaching scalability problem – but not necessarily the cost problem – is to turn everyone in the organization into a coach. This falls in the “other duties as assigned” portion of their job description. They can be run through programs that show them how to implement formal coaching programs to improve the performance of other employees.

In practice, coaching is a distinct skill set and demeanor, different from the traits that make employees effective in their daily roles. Most developers and accountants are not the best communicators – and their coaching effectiveness demonstrates this fact. The problem is that you can’t get enough coaching into the managers quick enough to help them become effective coaches themselves.

Discovered Truths comes at the intersection of the awareness of the need for soft skills and more efficient and effective coaching strategies, and the recognition that there are repeating patterns happening across disciplines, particularly as it relates to soft skills. Discovered Truths seeks to leverage the scalability of video and intersect it with knowledge of education (instructional design) to create compelling content in a five-minute package that gives everyone a chance to build skills slowly over time. By delivering the same content to everyone, it’s possible to not just help the organizational leaders but to raise the skills of everyone in the organization simultaneously – raising the “water level” in the organization.

The Power of And

Discovered Truths isn’t designed to replace coaching – either external or internal – it’s designed to seep into places in the organization that coaching can’t or won’t go. It’s not a replacement for your coaching program, it’s a supplement to it. Because the program was designed to scale from the beginning, the cost per employee is less than $2/week. It isn’t as intensive as good coaching for employees at an individual level, but it’s infinitely scalable. For a small fraction of what you’re spending on coaching, you can get support for everyone in the organization.

I often get asked about the cost-effectiveness of coaching programs and anticipate that the questions about Discovered Truths will be no different. I typically provide folks with the following facts:

Doing simple math with the BLS and SHRM numbers, I see that organizations spend roughly 18% of their annual payroll on voluntary turnover. Adding Gallup research, it becomes apparent that 9%, or half, of this cost has the potential of being saved.

Take a look at our web site at http://www.discoveredtruths.com and feel free to drop us a line there or here. We’ll explain how it works and what to do to try it in your organization.