Blog
You are here: Home1 / Blog2 / Personal3 / Parenting4 / The Psychology of Not Holding Children Accountable 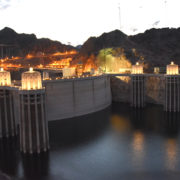 I want to walk through a model for why parents don’t hold their children accountable and what the long-term impacts of that are.

Before getting into the systems and factors that drive the desire for a lack of accountability, it’s appropriate to consider why we care. Why does it matter that people are held accountable? As it turns out, it matters because without it we can’t maintain stable social relationships. Societies are built on trust. (See my review of Trust for the economic impacts of trust, and Trust => Vulnerability => Intimacy for more on trust and its relational impacts in general.)

Accountability is applying consequences when someone doesn’t meet a commitment. The consequences for failing to meet a commitment can be as simple as disapproval or can involve much more tangible losses. Few people would argue that, if someone were to break the terms of a legal contract, they should be held accountable to address the losses of the other party. But how far does this expectation extend?

When a friend promises to you they’ll be there and they aren’t, do you discuss it with them? If they just say they’ll commit to being there, do you discuss it? A promise is a stronger commitment than just committing to being there. Comments like “I’ll try” or “I think I’ll make it” are weaker statements that don’t rise to the level of commitment; therefore, there’s no need to hold someone accountable to a comment.

If accountability is applying consequences only when there is a commitment, the easy answer is to not make commitments. Unfortunately, there are many implied commitments that happen in the course of interacting with other people. Children have an implied commitment from their parents that they will be taken care of at least until 18, and frequently beyond that. Barbers have an implicit agreement that they’ll deliver a reasonable haircut for the money you pay them. There’s a commitment that the barber will meet processional standards.

Whether we like it or not, we’re social creatures. We exist in relationship to others. When we’re not connected to others, it causes serious health issues (see Emotional Intelligence for more on the 1987 Science article). The size of our social networks is related to the size of the neocortex, as Robin Dunbar pointed out – and humans have a large neocortex. (See my post High Orbit – Respecting Grieving for more.) Our ability to influence others is strongly connected to our social connection with them. (See Influencer and Diffusion of Innovations for more.)

As inherently social creatures, our commitments to one another are interwoven in the fabric of our relationships with each other. We build trust by making commitments, and it’s these commitments that we must – unfortunately – be held accountable to. (See Building Trust: Make, Renegotiate, Meet for more on how building trust is accomplished.)

By holding ourselves and our children accountable to our explicit personal and implicit social commitments, we can develop the skills that will help our children be effective in this world.

One of my favorite stories about holding children accountable revolves around a trip on a subway: a father and his young children get on the train and the children quickly begin playing games and being loud, to the frustration of the other passengers. The man seems completely oblivious to the havoc that his children are creating on the train. One of the other passengers, who had become quite frustrated with the man’s failure to hold his children accountable, approaches him in anger, and asks the father why he doesn’t do something about his children’s behavior. The response was a stuttering, “I’m sorry. I didn’t realize. We just came from my wife’s funeral and I just didn’t realize.” In a moment, the frustration and anger melts away and is replaced with heartfelt compassion.

This story poignantly demonstrates that there are times when a parent might be so distracted by their own inner world that they’re simply incapable of noticing the impact that their children are having on other people. The implied social commitment of not allowing your children to disturb other adults is relaxed not due to malice or incompetence but instead because of an inner struggle.

Unfortunately, parents are all too often involved in their own lives in ways that make it difficult for them to see and understand how their children aren’t meeting the societal norms and should be held accountable.

Our generations are growing up with a greater awareness of their rights and entitlements and less of what Tom Brokaw recognized in “the greatest generation” as commitment to each other and society. (See America’s Generations for more on generational differences.) Parents have traded the quantity of the time they have with their children for the supposed quality time – which all too often isn’t quality at all. It’s just the few minutes that the parents spare for their children.

Certainly there’s a need to rest and recharge. With seven children, it’s impossible to be focused on all of them at every moment. However, there is balance between the entitlement that a parent should be able to have alone time and the need to be present and persistent as a parent. Some time to oneself and with one’s spouse is important, but too much of it looks a lot like shirking duties as a parent.

Sometimes the barrier to holding children accountable isn’t a lack of awareness or attention to them, but rather a lack of conviction to the parenting process. Parenting children is hard work. I’ve never found anyone who’s willing to argue this point. Everyone knows that it’s a difficult, tiring, and often thankless job. If you do your job as a parent well, you have no guarantees that your child will actually like you – or that you will like them.

Too many parents seek a friend in their child above being a parent. They’ll happily fulfill the duties of parent as they understand them until it conflicts with the ability of the child to be their friend. It’s hard to tell children no if the result is that you won’t be liked. It’s hard to enforce consequences for their actions – to hold them accountable – because it will necessarily mean negative feelings.

All too often, these parents aren’t complete inside. They’ve got holes in their soul where they’re missing friendship from other adults or are trying to get to a relationship they never had with their parents. Often in this mess there’s a confusion between liking someone and respecting them.

Sometimes those hard choices are simply too hard for a parent to make. Their internal perspective and position doesn’t allow them to feel strong enough to make the tough calls. Sometimes this is a physical perspective: they fear what will happen if their child strikes out at them physically; but more frequently it’s the strength of conviction that they must be a parent first.

Perhaps it’s the lie that our children need our friendship more than they need us as a parent. After all, teenage suicide is on the rise, isn’t it? Unfortunately, teenage suicide rates are alarming. However, is the cause of these suicides because their parents held them accountable, or are there other causes? Sometimes, it’s the belief that there’s nothing wrong with not holding our children accountable. In other words, what’s the worst that could happen? Unfortunately, the worst that can happen is that our children learn that they can get away with anything and their ethical base is eroded.

Another variant of why parents won’t hold their children accountable is described as the “vulnerable child syndrome”. (The name comes research conducted by Green and Solnit.) Consider a child who has a kind of cancer that has a reasonably high incidence of mortality within the next five years. How hard is it to get a child to meet a commitment – particularly an unpleasant one like brushing their teeth if you know that they’re likely to die soon? How powerful is the pull at the parent’s heart strings to let the child not do what they’ve been asked to do?

How much does it really matter anyway? In this case, it does matter. There’s a change in the infection risk based on whether they’re brushing their teeth or not, but even knowing the increased risk for infection won’t be enough to escape the grips of heart strings when your child is suffering and you can’t make it stop, so you sure don’t want to add to it.

Similar situations happen when a child loses a parent. No one wants to hold the children accountable because they feel sorry for them. How terrible it must be to lose a parent – we can’t make them eat their vegetables. It’s as if the relatives believe that they can compensate for the loss of a parent by offering them no vegetables and a desert at every meal.

While this is well-intended, it misses the fundamental need of children to have structure and control around them. (See Parent Effectiveness Training for a complete discussion on appropriate control of children.)

If someone told you that a test involving a marshmallow administered to young children could be an effective predictor of success in life you might be inclined to laugh. However, the famous “marshmallow test” run by Walter Mischel did just that. (The test is widely covered in Mischel’s own book and in books like Willpower.) The ability to delay gratification and wait for two marshmallows instead of eating the one in front of them has proven to be an effective predictor of many things, including success, later in life. How can such a simple test provide such insights?

One answer is that it measures the ability for a child to delay gratification, and which is necessary for many other situations in life, where the better you are at delaying gratification the more successful you’ll be.

Take a moment to think about social skills – the kind of skills you develop when you’re held accountable to your commitments. This is one small sliver of the broader concept of emotional intelligence: the ability to form relationships with others and connect with them. Emotional intelligence, too, has been identified as a predictor of success in life – more so than IQ.

While there have been no focused, hard-science research on holding children accountable that I’m aware of, the supporting skills and the presumptions of what you’ll teach children by holding them accountable have been shown to indicate greater success in life.

If, then, you choose to not hold your children accountable, you’re more likely to stifle their chances in life – and no one wants that, do they?