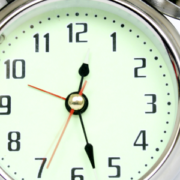 Thus far in the series, we’ve focused on managing productivity at an individual developer level. However, sometimes developer productivity results from the best management of the developers and the rest of the team. Measuring individual developer productivity is convenient because it tells you how well a single developer is performing. However, even the best developers can perform poorly when they’re put into a cadence that doesn’t work for the project or the organization. Here we’ll look at iterations, and how quickly we cycle can make a big difference.

It’s important to realize that even waterfall development was initially designed to be iterative. The idea wasn’t that you’d do something once and then never work on it again. However, if you have project managers on the team, for example, who are used to building a bridge, some of their experiences might get brought along. When building a bridge, it has to be built right and built just the one time. Thus, very early on, projects were pushed into one iteration and long cycles of design, development, testing, and release.

The agile movement has revived the need for iteration, and focuses on quick turns of innovation. Whether your iteration is a week, two weeks, or a month, this is a substantially faster iteration pattern than the monolithic waterfall projects from the distant past.

A Lesson from Manufacturing

It’s no secret that American car manufacturing got its clock cleaned in the 1980s and 1990s by the Japanese. Much has been made of the Toyota Production System—what is now most frequently called “lean manufacturing.” One of the often-overlooked components of the system was the ability to change over from manufacturing one item to another very quickly.

The Psychology of Not Holding Children Accountable