Blog
You are here: Home1 / Blog2 / Professional3 / CIO4 / IT as the Catalyst for Organizational Change 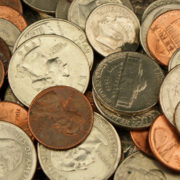 Not an IT Project, a Change Project

By far the most challenging issue we confronted was the idea that many organizational change projects are running around like a wolf in sheep’s clothing. Projects to upgrade systems or install new systems are often times moved to change the way the organization operates; but despite efforts to the contrary, the projects often get labeled with the name of the new system or version of the system.

The easy and tangible part of the system – the technology – becomes the moniker for the entire effort. As a result, people think that this is an IT project to change technology when that may be an afterthought or just the result of changing the business.

The need to clearly articulate the “real” project isn’t enough. This is a people problem, where everyone needs to hear in tangible terms how things will change and what it will mean to them.

Organizational change initiatives do have a technology component, however, that technology component of the project may only represent 20% of the overall work of the project. After all, changing the technology is the easy part. The hard part is changing people. Murry Gell-Mann once said “Think how hard physics would be if particles could think.” Instead of following the straightforward rules of ones and zeros they would be free to make up their own minds – just like people are.

People’s feelings aren’t even just a factor in their behavior. They’re THE factor. We like to believe that we’re rational decision makers but, as Gary Klein points out in Sources of Power, we make recognition-primed decisions – not rational ones. The Happiness Hypothesis (and Switch) take this further to speak of Jonathan Haidt’s model of the Rider-Elephant-Path. In this, our rationality is sitting on top of a massive elephant that is really in control. Thinking, Fast and Slow and Incognito both point out that our emotions – or System 1 – can lie to our rational selves. Whatever the lies are, they’re always lies about how change will impact us personally.

What Is In It For Me (WIII-FM) is everyone’s favorite radio station. It’s the radio station that plays in our head all the time. We’re always considering what we’re experiencing based on the idea that it may – or may not – impact us. So whatever change we propose to the organization, we have to remember that it has impact to people – and that impact to people will always be personal.

In a discussion about a mainframe elimination project, we asserted that we had to be honest that there were some jobs that were going to go away. Because even though the truth is hard, it is the truth that everyone knows. By sugar-coating the message, we run the risk of eroding trust – and it’s trust that is the lubricant to getting change done.

The Lubrication of Trust

Trust: Human Nature and the Reconstitution of Social Order spends a great deal of time exploring the impact of trust on organizations and nations – including how trust in one area can reduce trust in another area. Trust lubricates an economy and an organization by reducing the amount of effort that must be put into protecting ourselves.

Rebuilding trust and making change work function in the same way. You build trust by making and meeting small commitments until you can make larger ones. In the same way, we make changes by breaking them down into small, incremental steps so that they don’t seem daunting.

While leadership maybe thoroughly entrenched in the vision of the future, the everyday worker in the organization lives in the world of now. Without a path between the now and the future, they’ll keep doing what they’re doing – or worse, they’ll freeze. Often, we get into the valley of despair in a change, when productivity is low and things aren’t quite working yet, and people freeze and end up not able to move forward to accomplish the productivity that everyone wants.

In the end, we need our business leaders to join us – and lead the charge – in changing the organization. IT can be the catalyst, but the business has to start the reaction to change.