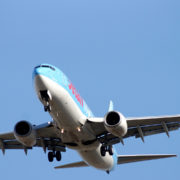 This morning I was talking to my husband and shared that I was a bit nervous about my flight later in the day. His immediate response was that it was safer to fly than it was to be in a hospital. While I know that is true, and I was happy that he has become so well-versed in healthcare-associated infections (HAIs), the thought did not make me feel any better.

By the time I arrived at the airport, I forgot this conversation. Suddenly, as I was lined up to board the plane and heard that the airplane was a 737, I not only remembered our conversation but I really started thinking about the impact of HAIs. Months ago, as I was reviewing the data related to HAIs, I calculated the number of people that died each year in the United States related to HAIs compared to the number of people on a 737. The average 737 seats 150-200 passengers. In the United States, 75,000 people die as a result of HAIs each year. My calculations resulted in the fact that the number of people that die from an HAI is equivalent to a 737 crashing and everyone on board dying every day of the year.

As I contemplated the impact of HAIs not only on hospitals and patients, I started to wonder about the impact to families, friends, and society in general. I looked around at the people waiting with me to board the plane. They all had families and friends, they all had plans for their futures, and some might have significant impact on our society through their work, innovations, and lives.

If our plane crashed, it would be a major news story. All the people related to or friends with any one of the passengers would be impacted. Society would miss the positive impact that the passengers might have had. Could it be that the person responsible with curing cancer or some other burden on our society would die before they had the opportunity to discover the cure?

I traveled down this pathway to try to gain a better understanding of the impact HAIs truly have on our society. I started to wonder: what kind of impact does one person have? I started with Robin Dunbar’s research, which theorized “Dunbar’s number”, a suggested cognitive limit to the number of people that a person can maintain stable social relationships with. Dunbar’s number is most frequently quoted to be 150. That is a start to the number of people impacted by the death of a single person.

Beyond social relationships, each person has a family that will be impacted by the death of one of its’ members. If you only consider a limited version of family, from the individual’s grandparents to their grandchildren, and only allow for two children in each family, you quickly arrive at a number close to 40, excluding cousins, aunts, and uncles. If you include your parents’ siblings and their children, you quickly arrive at approximately 70 people impacted by the death of a family member.

Combining family and friends the death of one person easily impacts the lives of 200 people in some degree. My plane crashing today is very unlikely. If it does, the 150-people sharing this journey will impact 30,000 peoples’ lives. That is really sad, the fact that I am writing this today signifies that my plane did not crash. The impact of one life or one plane crash is staggering.

When you consider the individual people, who contract an HAI and die each year, each with family, friends, plans for their future, and undiscovered potential, the impact is significant. When you include the family and friends of these people, you quickly realize that there are over 15 million victims of HAIs each year in the United States.

If one 737 crashes today, the nation demands to know why. How can we not feel that it is a national crisis that the number of people who succumb to HAIs is equal to a 737 crashing every day?

My husband was incredibly insightful this morning. It is much safer to fly than it is to be a patient in a hospital. We all have work to do to find better ways to keep patients safe every day.