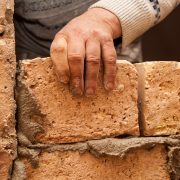 One of the often-overlooked challenges with a business is building a market. It’s not about constructing the corner grocery. It’s creating an awareness in the mind of the target buyer that they can’t live with the savings, convenience, or opportunity that your product offers. You can spend a lot of money to build a market only to have your leader position overtaken by some upstart that takes advantage of the market that you’ve built. (See Launch! for more on the “first-to-market” problem of education.)

Today the personal digital assistant market has given way to the mobile smartphone market. However, in the beginning, they competed with paper. They competed with binder systems by the likes of Franklin-Covey (or, rather, Franklin planners before the merger). Most folks have long forgotten the ill-fated Apple Newton. Few remember the battles between the Palm Pilot and the Pocket PC. However, these were the battles that forged a market. They poured tons of capital into the market and legitimized the idea that you would keep your schedule and your contacts in a small handheld electronic device.

Blackberrys ruled the fruit electronics world as they brought mobile email to the masses. Way before Wi-Fi was popular at your local coffee shop, oversized pagers allowed quick, thumb-based emails to be sent by busy executives and sales professionals on the go. That would all change in 2006, when Apple released the iPhone and swallowed up both the PDA market and the mobile email market. It turned out that Apple was the worm that was eating the other fruit electronics for breakfast.

Apple’s success with the iPhone is legendary, and the praise lauded upon them is appropriate – but it’s important to not miss the market-priming conditions that allowed Apple to be so successful. They failed. They waited for the market to be developed by competitors, then they swooped in and took the entire market.

For most consumers today, there wasn’t a search before Google. Google is all they’ve known. However, Google wasn’t the first internet search engine. First there was Yahoo, with its taxonomy of links to all the places on the internet that were worth visiting. Though laughable today because of scale, back in the day, it was the way that people navigated this new, vast, semi-charted space of the internet. It was called the World Wide Web (www) back then to distinguish it from the actual computer network, but that distinction has long sense been lost.

As Yahoo’s approach showed its limitations, other players like Altavista came on the market with a search-based approach. However, the problem was that Altavista had very little way of distinguishing the good sites from the useless sites. The singular innovation that drove Google’s early success is the awareness that people are most interested in the research papers that have been cited most. Larry Page and Sergey Brin applied this idea to websites, and the rest, as they say, is history. Google didn’t create the market for an internet search engine – or the internet for that matter. They created a solution for a market that already existed.

For years, I’ve worked with search providers, from Mondosoft, SurfRay, and Microsoft. I’ve watched as they’ve struggled to create a market for enterprise search. The obvious need – to simplify search inside the organization – still struggles to become a market because the problem is too hard – or no one has been able to create the right market for the enterprise search. (Open source solutions like SOLR and the many commercial companies that build on this core haven’t been successful either.)

The problem with building the market is that it takes time. It takes resources. It takes a level of investment that most small companies can’t make – and most large companies no longer have the stomach to make. Motorola bet big with Iridium – and lost. There wasn’t a large enough market for satellite phones – yet. (There were other factors like not being friendly, but they are ancillary to the market not existing.)

If you’ve got an innovation that you’re working, on one of the most important questions you can ask yourself is whether you’ll have to build the market or not. In other words, are you creating a solution for a problem that your customers know they have – one that’s crystal clear in their minds? If not, you’ve got some level of market development to do. How much will that cost? How much time will it take? Do you have the stomach to hold on?

If you’re interested in learning more, you may want to look at Good to Great for the Stockdale Paradox (holding on and being flexible), Grit for how to develop that perseverance, and Willpower for the frailties of our willpower.

Kin-to-Kid Connection: How to Not Get Sucked In
Scroll to top