Blog
You are here: Home1 / Blog2 / Professional3 / Should You Be the Fox or the Hedgehog? 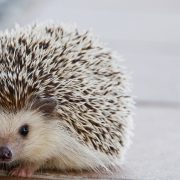 Many folks that read Jim Collins’ wildly popular Good to Great book believe that they need to become a hedgehog. They believe Collins’ call to reduce the world into a set of simple – hedgehog – ideas. However, the problem is that this has often been misconstrued as a call to be singularly focused on one thing to the exclusion of others. The Stockdale Paradox in Collins’ words: “You must maintain unwavering faith that you can and will prevail in the end, regardless of the difficulties, AND at the same time have the discipline to confront the most brutal facts of your current reality, whatever they might be.” It’s this quote that gives pause to the singular focus of the hedgehog. It provides a counterbalancing thought to always being a hedgehog.

Before getting into the heart of the matter, it’s important to realize that The Hedgehog and the Fox is an Isaiah Berlin essay on Leo Tolstoy; but the idea came from a Greek poet Archilochus, who wrote, “a fox knows many things, but a hedgehog one important thing.” Berlin was later quoted as saying, “I never meant it very seriously. I meant it as a kind of enjoyable intellectual game, but it was taken seriously. Every classification throws light on something.” His essay had very little discussion about the fox and the hedgehog. The essay rarely mentioned the topic past the title and introduction.

The bulk of the essay focused on Tolstoy’s struggle. On the one hand, he’s described as an exacting researcher who looks for order and reason in all things, shunning mysticism and spirituality. On the other hand, he was more than willing to diverge from the literal reality of the events and dip into a story. Story, it seems, trumps accuracy in Tolstoy’s world.

Tolstoy’s view of history, according to Berlin, was that it was necessarily biased. It cherry-picked the events that were deemed to be the most relevant. History as we saw it was not the turbulent sea of today but was the postcard version with clear skies and rolling waves. All of the “noise” was removed from the experience, and therefore, necessarily, some errors would be made in what was – and was not – relevant to the course that history has charted.

It’s not surprising then that he felt justified in making his own decisions in his novel War and Peace. Who was to say – except for him and perhaps his critics – what the right answers were about what to tell and what to conveniently forget?

However, Berlin assesses that this fundamental struggle between rigorous investigation and accuracy and literary license left Tolstoy in agony at the end of his life.

The Greek idea was that the hedgehog knew one “useful” thing. That is, there was something that the hedgehog knew that was more useful than the many things the fox knew. This is the true rub with the forced dichotomy between the hedgehog and the fox. (Brené Brown has something to say about forced dichotomies in Daring Greatly.) How does one know when they seek to become an expert in something that what they are becoming an expert in is useful? Defining utility is based primarily on the market’s willingness to buy your skill – or your ability to leverage the skill towards survival.

Plenty of people have developed mastery in skills that aren’t valued any longer. Wagon wheel construction doesn’t have the same market appeal as it once did. Telephone operator isn’t the same. Riverboat captain is no longer a booming skill.

Survival of the Fittest

The implication of Collins’ version of the story is that hedgehogs – those that focus on one thing – are more successful than their competitive foxes. However, The Signal and the Noise points out that those who are focused on one single area have trouble with predictions. Their guesses are only better than random chance. However, the foxes – with their propensity to see things from multiple dimensions – have demonstrated predictive powers. Instead of getting stuck with the anchoring effect, they seem to be able to use multiple models to generate their own internal diversity of thought. (See Thinking, Fast and Slow for more on anchoring and The Wisdom of Crowds and The Difference for the value of diversity of thought.)

The Halo Effect, echoing nature, is must crueler in its explanation that there are things outside of our control. Sometimes the fittest doesn’t survive. Sometimes the best man is struck down by a random event, and sometimes even the man with the right answer is in the wrong place at the wrong time.

The renaissance was ignited by the Medici family. (See The Medici Effect for more.) Their action that started the fire wasn’t to develop singular experts in one thing. Instead, they got experts in different disciplines (i.e. hedgehogs) together to share and learn from each other (i.e. become foxes). They created a situation where experts in one area could learn from others. They could each simplify, focus, and communicate their areas of expertise to the other members of the group, so that everyone could benefit from their hedgehog knowledge.

In the end, the reason why there is debate about the fox and the hedgehog may be that you need both. You need the internal struggle like Tolstoy’s to propel you forward. Berlin’s final analysis was that Tolstoy was both fox and hedgehog. He knew a great number of things (like the fox) and knew one thing really well, writing novels.

In business, the great leaders are foxes first. We learn in many different areas. We explore what interests us to seek out that one skill that will define us. We have beautiful fonts in our modern operating systems, because Steve Jobs dropped into a calligraphy course. It wasn’t until years later that this “useful” knowledge would surface and cause the Macintosh to be loved by graphics designers.

Hedgehogs simplify. They make the world more understandable for others through expertise. In doing so, the hedgehog themselves become like the great sculptors, who are done with their pieces not when they have formed the perfect statue, but instead when they have removed all that is not the statue.

Book Review-How We Learn: The Surprising Truth About When, Where, and Why It...
Scroll to top