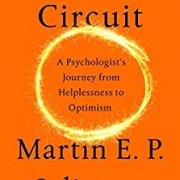 Academia, on the one hand, represents the potential for intensely mind-expanding experiences, where your life is altered in positive ways. On the other hand, academia can be a backbreaking slog through the submission of grant proposals and articles.

Seligman describes his mind-expanding experiences with conversations that weren’t in a classroom but instead in the Wilson Lodge at Princeton. He explains that he has spent much of his career trying to replicate these conversations, since he believes that they’re the heart of what university is about. Universities can concentrate scholars who think and care deeply about topics. Bringing them together has the capacity to change their lives and the lives of everyone. After all, we owe a great deal to the Medici family in Venice for bringing together a diverse set of masters to ignite what we would call the Renaissance. (See The Medici Effect for more.) These experiences are inherently life-expanding and life-giving.

Conversely, Seligman admits that his “batting average” with grants and articles getting published is around one in three. It’s quite easy to see how someone could – and would – become disenchanted when they realize that much of their best work would go undiscovered, unrecognized, and unfunded. Seligman even shares one of the loose ends from his professional career around our sexual development, which hasn’t ever been followed up on.

Seligman is perhaps most well known for his work with Steve Maier and the discovery of learned helplessness. That is, animals will learn that they can’t control their circumstances and will just lie down and “take it” instead of trying to escape the pain.

From the outside looking in, it should be obvious that the dogs could escape the pain. They simply jump over the barrier, and they’re safe. But it wasn’t obvious to the dogs. They had learned that nothing they did changed their circumstances, so they just accepted the shocks without any attempt to flee.

Interestingly, Seligman distinguishes his life from the dogs that were in the experiment by saying that he never gave up, even when he got depressed.

The newly-arrived assistant professor at the University of Pennsylvania, Jim Geer, walked into Seligman’s lab and said, “Those dogs are depressed.” Seligman then spent much of the next 10 years trying to understand to what depression is – and, more importantly for the rest of us, what psychological factors might make people more or less immune to depression.

While far from having a single answer, Seligman’s path took a turn from helpless to optimistic, and he continued to look for factors. Optimism might hold the key to preventing depression from grabbing ahold of someone and bringing them down.

Seligman and Maier were wrong. Helplessness wasn’t learned. Belief of control was. The default operating mode of the brain is to assume that things outside of oneself aren’t controllable. It’s a part of our control network that manages the how we feel about our situation.

The default mode when facing pain is the activation of dorsal raphe nucleus (DRN), which releases serotonin (5-HT), which causes a series of releases that produce passivity and panic. That happens whether an animal is trained with “learned helplessness” or not. However, Maier himself identified that the medial prefrontal cortex (MPFC) creates a set of new proteins that shuts down the DRN.

So, while they were wrong about helplessness being learned, they had the fundamental actions right: the lack of control produced helplessness. It turns out that our perception of control is the hope we can do something about our struggles.

In my opinion, hope is the most powerful force in the universe. It allows us to reach for the stars and dig into the depths. Hope is what powers us through difficult – seemingly impossible – situations. And hope is based on the idea that things can or will change. For most of us, the perception of the change agent in hope is ourselves. In those with learned helplessness, they’ve not learned the illusion of control. (See Compelled to Control for more on the illusion.) Those with learned helplessness believe that things will always remain the same, because they can’t see anything that will change their situation and have no belief that they can have any impact.

Though much of psychology has been focused on the past (and the hurts you acquired there) and the present (how you feel), hope moves us in the direction of the future. It’s a worthy goal when you’re looking to find a way for people to live out happy lives. It turns out that the way you think about your setbacks and the perception you have of your future makes a great deal of difference.

The way that we attribute our failures along three dimensions dramatically influences their impact on us – and our ability to remain hopeful.

The first dimension is the internal vs. external dimension. Do I believe that I’m responsible for the problem or someone else is? Is the problem about me or the environment? Believing that I am responsible indicates an internal “locus of control.” In other words, I can – but may not choose to – change or address the problem. (My review of What Got You here Won’t Get You There speaks about the value of internal “locus of control.”)

The second dimension is whether the situation is temporary or permanent. There is a big difference between “I failed to make the three-point shot” and “I always miss three-point shots.” This is an area where Carol Dweck’s work in Mindset can be helpful.

The third, and final, dimension is whether the situation is specific or global. “I’m bad at geometric proofs” is different than “I’m bad at math.” The specific may be true but the global can almost never be true.

Viewing things as external, permanent, and global is a recipe for depression. Optimists tend to see problems as internal, temporary, and specific – expecting to get better the next time. While no one is an optimist or a pessimist at everything, each of us tends towards one of these directions.

Controlled experiments hold a great deal of allure. It’s like a mathematical proof showing what causes what. Done correctly, you can seemingly answer a question completely. The problem is that the question is often very tiny. If the question is too large, it’s too hard to hold all the control variables in check and keep the experiment under control. Controlled experiments that answer tiny questions can be replicated by others and thereby validated. That’s the internal validity – they prove that, in these circumstances, X causes Y. In other words, they’re replicable. That’s the intrinsic beauty of them.

The problem with internal validity is that the real world isn’t neat, orderly, and controlled. Instead, the real world has complex problems and messy solutions. You can’t keep a fence around the real world to keep it out of your experiment. You can’t isolate all the variables with enough controls. However, what you can do is prove that something works in many (but not necessarily all) environments. You get the external validity that it works in the “real world” while accepting that the results aren’t as consistent or clear.

Both are absolutely necessary. You need the seeds of an idea to be created before it can be planted in the fertile soil of the world. However, no seed that isn’t planted becomes the plant it’s destined to be. Seligman, over his life, did both kinds of research but admits that external validity holds more interest now than internal validity. Perhaps that’s why he speaks of the Values in Action work that Chris Peterson did with reverence.

There are numerous personality type tests. I mentioned the Values in Action (ViA) test, available at www.authentichappiness.org for free, in my review of Seligman’s book Flourish. The test standard is largely alone in helping people find and leverage their greatest personality strengths – with the notable exception of the Clifton Strengths Finder test. (See Strengths Finder 2.0 for more on that test.) Tests like the Enneagram (see Personality Types), Reiss Motivation Profile (see The Normal Personality), Myers-Briggs Type Indicator, DiSC, etc. are all other ways to view personalities. There are also a host of other tests that are used more as weapons than ways to help. (See The Cult of Personality Testing for more.)

ViA allows you to focus on the values that are the most important to you and, in doing so, find ways to enjoy yourself and the life you’re creating with those around you in a more meaningful way.

Everyone has seen reports with the Gross Domestic Product (GDP) on it, but the problem is that this measure doesn’t account for any of the things that make life worth living. It doesn’t account for friends and colleagues and relationships that enrich our lives. It values suffering, as those who are suffering consume products and services to alleviate their pain, while making no allowance for the loss of joy.

Maybe we need a new measure with components that we don’t yet know how to measure. Maybe instead of measuring the GDP, we should be measuring the Gross Domestic Happiness (GDH)– maybe then we can find a way to see how the things we’re doing to ourselves and others are making the world a better or a worse place. Maybe if we were focused on GDH, we’d all be in search of our own happiness and read The Hope Circuit.

Book Review-Women’s Burnout: How to Spot It, How to Reverse It, and How to...
Scroll to top