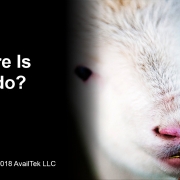 Have you ever been frustrated with users that aren’t reading your emails? They’re complaining about the fact that they never know what is going on – and they’re not going to the intranet to find out. When working to help organizations fix their communications problems, we frequently recommend a strategy of engaging videos. More “edutainment” than education, they’re about the problem and the possible.

That’s all fine, but, if you’re like most folks, the voice in your head is saying, “Ok, but what does that mean, really?” If you’ve spent years communicating information with formal and semi-formal communications channels, the idea of engagement isn’t easy or intuitive. That’s why we created a set of videos designed to engage users. They’re super short, less than 2 minutes. They talk about one core frustration that people have and how the problem is solved with the intranet.

The first one is a play off the old Where’s Waldo? series of books. Check it out:

If you’re so inclined, you can support our efforts by buying a one-time license, and you’ll be able to get the videos without any bumpers or branding for you to use internally – including using them as a part of videos that you’re making. You’ll get all the videos, including both the completed videos that are not yet public as well as any we release in the future. Click here to support us – and your users.

Book Review-The Truth About Burnout: How Organizations Cause Personal Stress...

Choosing the Size of Your Microsoft Team
Scroll to top