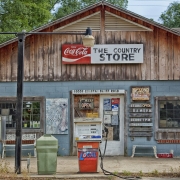 Recently I discovered a problem with a client’s tenant. All the sudden, the authentication that I’ve used for a decade to get my command line utilities to authenticate to work wasn’t working. But it was just this tenant. No other clients had the problem, so it was a mystery as to why things were happening. Getting to the answer caused me to fire up some old neurons and get some clarity on the way things worked.

As I was warming up the old neurons, I began to remember that the way we bounce from location to location and server to server is a standard called WS-Federation. It’s a “passive” authentication flow where the browser bounces from place to place to authenticate a user. Ultimately, the browser gets the user to a site that authenticates them, and the site issues a ticket. This is passed back through a chain of sites until you get back to the site that originally requested authentication of the user, all the while reissuing tickets. The article above explains the process in substantially more detail.

A little bit of WS-Trust

A different approach, an “active” flow, is needed to take care of programs that want to authenticate on behalf of a user but can’t follow a series of redirects. Think about the program that’s calling an API: it expects the results, not a series of redirects, so WS-Federation won’t work. The good news is that WS-Trust performs the same function as WS-Federation except that the server for the API makes the request for authentication on behalf of the user. The bouncing around is handled as the servers negotiate between each other where to go and whether the authentication succeeds.

The WS-Trust standard accommodates the normal case of a username and password to authenticate a user – but it has some serious limitations in a world where we’re beginning to use multifactor authentication.

Some will argue that the shared secrets we give to applications aren’t passwords – after all, they’re called shared secrets, or keys, or something else. However, they amount to a password, but a substantially longer password than any user could ever manage. We’ve addressed the security problem by making the password sufficiently long.

In any case, we’re moving towards greater security, which includes multifactor authentication – and that can’t be accomplished in a username/password combination way. The result is that we call the simple username/password situation “legacy.”

The problem is that legacy conveys that it’s old and should be replaced or disabled. And that’s what this client did. However, most utilities that allow for a user identity associated with the results created by the tool. When they disabled legacy authentication, they broke an entire class of applications.

Certainly, should we be moving to modern authentication for our applications? Yes. However, it needs to happen when the APIs we need to access work with the new authentication. In this case, the new APIs would work – if we recode the tool we are using.

So at least in this case, “legacy” may mean today –even if we’re new to the platform.

Book Review-Competing Against Luck: The Story of Innovation and Customer Ch...