Blog
You are here: Home1 / Blog2 / Professional3 / The Ethics of Encouraging Dishonesty 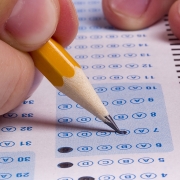 At some level, we all know that being dishonest is wrong. We don’t respect people who will outright lie to us. At the same time, few of us are willing to be completely honest with our crazy uncle about how we really, really feel about him and his challenges. We know that, socially, we need to accept a certain amount of withholding of our true opinion in the name of social graces. However, what happens when policies and systems encourage dishonesty? What are we saying about the way we want to form our culture and the way we want to behave with each other?

Paul Ekman reserves the word lying for those cases where the person knows that they’re telling a non-truth. (See Telling Lies for more.) The point is that it’s an intentional action. It requires that the person intends to deceive the other. As a standard for dishonesty, it’s a high bar. It typically transitions us from morally tolerable to ethically irresponsible. Lying crosses the social line and becomes a problem for most of us.

For the most part, we forgive a non-truth when the other person didn’t know that it was a falsehood themselves. We accept that sales folks truly believe their product is the best product for us – whether it is or not. We don’t feel like sales folks are intentionally trying to deceive us; they are themselves just deceived.

If we depart from the land of unknown falsehoods and travel into the land of actual conscious lying, we’re confronted with the fact that we all do it. When was the last time that someone asked you about your weight and you fudged just a little? Not so much that it was obvious but, at the same time, also not what the scale told you this morning or last week.

Of course, weight isn’t the only thing people lie about. Ask them about their income in the context of finding a suitable mate, and they’ll slightly round up what they make. Conversely, they’re inclined to round down if they believe you’re from the IRS. We’ve all met the women who are perpetually 29 years old. Some of them have serious experience in this game.

If we’ve not dispensed with the convenient but untrue belief that we don’t lie, we can return to those social situations where we lie to protect our social reputation, standing, or relationships. We’re conveniently previously committed when our boss invites us to an event that sounds less fun than a root canal without anesthesia. We can’t make it to friends’ for dinner because of a prior commitment with a pizza and our TV – though we leave the last part out.

It should be clear that we’ll all lie if properly coerced. While most of the time the social norms will keep us to our naturally honest self, it doesn’t take much to knock us off center towards the land of lying.

The Shocking Impact of Nudges

It was just after World War II, and the collective conscious couldn’t quite shake the horror of the atrocities of the Nazi party. The problem was that we couldn’t understand how seemingly normal humans could do such cruel things. How could you run the gas chamber at Auschwitz and come home to have dinner with the family? It turns out that the reasons were varied, as Albert Bandura explains in Moral Disengagement. From this fear emerged a more striking experiment about how easily people could be manipulated into doing unthinkable acts.

Milgram had this idea about how to test how cruel people would be. He created a scenario where test subjects were lied to. They believed that they were taking part in an experiment about the effect of shocks on learning. They were told they were to act as either the teacher or the learner. In truth, all the participants were the “teachers.” The learner was a confederate. As the learner answered incorrectly, the teachers were told to progressively increase the shock the learner received. There was no shock, but they didn’t know that.

The teacher and learner were in separate rooms, and the teachers could hear the pleas for help from the learner’s room as they were reportedly shocked. The question was how many of the teachers would flip the switch that supposedly offered a dangerous, if not lethal dose, of electricity. The answer ranged from a stunning 90% of participants, when given direct instruction and when there were other confederates who agreed with the experiment organizer, to roughly 10%, when there were others who defied the experiment organizer.

Don’t miss that first number. Given conditions where the experiment organizer has the capacity to deprive them only of the experiment stipend – a relatively trivial inconvenience – and a few people they don’t know say they should do it, 90% of people would have potentially killed the learner. Admittedly, the conditions were set up powerfully in favor of compliance, but it shows how it’s possible to get people to do bad things with relatively little persuasion. (The book Mistakes Were Made (But Not By Me) in addition to Moral Disengagement is a good place to find a longer discussion of Milgram’s work.)

As we’ve already said, it takes very little in the way of encouragement for us to lie. Certainly, the threshold for lying is much lower than homicide. So, what would it take to cause someone to lie?

How tiny a nudge would it take to cause someone to lie? If you were to consider that it’s relatively nothing to get someone to eat healthy instead of unhealthy by making the healthy snacks easier to get to and more in eyesight than the unhealthy snacks, then lying should be easy – and it is. (See Nudge for more on changing snacks.)

Your local dental hygienist encourages you to lie when they ask the loaded question how often you floss your teeth. Most people squirm in their chair just a bit – and not because of the work that’s being done. We can and often do encourage lies, because we ask the questions in ways that make it hard to answer truthfully.

Imagine you’re a professional photographer, and you don’t get paid without a model release. However, the policy is one where you’re only asked if you did get a model release – not to actually produce the release. If you didn’t get a release, and you still need the money to pay the mortgage, what are you going to do? In most cases, the answer is lie.

In academic life, what if you had to explain how you used a multi-step review process for writing your paper – whose quality was already judged to be excellent – but you didn’t actually do the process? The outcome is already approved and ready to go. All you must do is lie about the process and how you achieved the result. What would you do?

It should be obvious by now that the result will be someone lying. They’ll say they used the process that they didn’t – and no one in their right mind would – just to check the box and move on.

This last one isn’t hypothetical. It’s a real situation that has since been corrected but for which there was no recourse to explain why the process itself wasn’t appropriate.

It’s easy to encourage dishonesty – both consciously and unconsciously. Few people will have the courage to break the system if you design it to encourage dishonesty. Too many people will just sign and accept that they must lie to get what they want. However, that’s not the point here. The point here is this: what responsibility does the person who creates the system that encourages lying have?

In my estimation, they have a duty to address the issue as soon as discovered – and take steps to not create the same kinds of boxes again. These sorts of biases and systemic approaches tend to recur over and over again if they’re not confronted directly and completely by actively designing to discourage – rather than encourage – dishonesty.