Blog
You are here: Home1 / Blog2 / Personal3 / Parenting4 / Are Your Children Living Their Lives – or Yours? 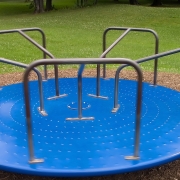 Jane always wanted to be on the cheerleading squad. However, Jane’s mother was working two jobs, barely keeping things together for Jane and her brother. It just wasn’t possible. Bill was an all-state football star in high school. He made it through most of college on a scholarship until he was injured and had to stop playing.

Jane’s successful in her marketing career, and she and her husband have two children. They can afford for them to be in sports and activities – and they’re insisting their children do them. Bill’s son has just started junior varsity football, and Bill’s already pushing for another generation of football stars in the family.

There’s no problem with wanting your children to succeed – all parents do that. There’s no problem in supporting them in the things they’re interested in and encouraging them to do their best. However, parents need to be cautious that their goals for their children aren’t about reliving their glory days or living a life they never got to live.

If you ask people about their regrets in life, it’s rare that they speak of something they’ve done. More frequently, you hear about a chance to be courageous or try something new that they decided against. Those missed opportunities carry a special weight and pain for most of us. (See The Top Five Regrets of the Dying for more.) It’s no wonder why Jane might feel a longing that she never got to be the cheerleader she dreamed of because of the circumstances.

It seems harmless at first. Jane starts to see her daughter becoming a cheerleader and revives a dream within herself that she had long decided would never happen. Most of the time when watching her daughter cheer for the team, Jane feels pride. However, every now and then, she slips into a moment where she feels like she’s watching a movie of herself being out on that field cheering for the team.

That’s not a problem though. It’s reasonable to want to dream about something that you missed. It turns sideways when it stops being about what the daughter wants.

Over time, it’s possible for Jane to integrate a part of her ideal life through her daughter’s activities. She brings cheerleading back not through herself directly but through her daughter. Jane’s identity as a person starts to include “mother of a cheerleader.” It’s not quite the same as “former cheerleader,” but it’s close enough. It’s enough to make her believe that something she thought she had lost is now regained.

Slowly, every win for her daughter is a win for Jane. When the team makes it to the state championships, it’s like Jane has done something good, that she’s a part of it. She leans in and helps make costumes for the team or organizes transportation for the meets. She becomes an integral part of the cheerleading team’s support – and thus the team itself.

Anyone who has had children in activities knows that there’s going to be a time when they complain. They’ll find it’s hard and decide they want to quit. It might be a long practice, getting corrected by the coach, or just exhaustion from too many practices and not enough sleep. Parents have learned how to address this with caution by first understanding and then helping the child understand the implications of their choices about their feelings. It’s a good opportunity to teach delayed gratification – offering up that they’ll enjoy the win with the team if they can stick to it. (See The Marshmallow Test for more about delayed gratification.)

But what happens if the threat of leaving cheerleading threatens Jane’s identity? She’s a part of the team. She’s got friends wrapped up in the other team moms. She’d no longer be a “mother of a cheerleader.” She’ll lose her identity – again.

As a result, instead of a supportive parent exploring how this will impact her daughter’s life, she’s threatened, and lashes out that her daughter “must continue” with cheerleading whether she likes it or not. After all, momma knows best.

Failures are impossibly hard, too. When Jane’s daughter makes a mistake, it’s like Jane made it. Somehow, if Jane had done something different, then her daughter wouldn’t have made a mistake. Somehow, it’s Jane’s fault. The problem is, Jane’s equally sure that she knows it’s her fault, and she doesn’t know how to solve it.

There are at least two things wrong with this. The first is that mistakes are a normal and expected part of life. Beating yourself – or your daughter – up over a mistake isn’t the right answer. Trying to learn from mistakes is great. However, you can’t learn from something if you’re not the one doing it.

The Message of Love

It doesn’t take Jane’s daughter long to feel like she’s more loved when she’s cheering – and doing it well. After all, Jane’s entire demeanor changes based how her daughter is doing. As a result, Jane’s daughter learns that love is conditional. Love is performance-based. (See The Road Less Traveled for more about performance-based love.) To her, people are loved when they’re doing well, and aren’t lovable when they’re failing.

A belief that we’re loved just because we are who we are provides some degree of inoculation against the momentary struggles that might overwhelm us. When love isn’t intrinsic and is instead a result of performance, there is no such inoculation. As a result, a child can feel fear, loneliness, and sometimes hopelessness.

Bill’s son was football star at his high school. He wasn’t all-state like Bill, but he was a star player, and Bill knew it. Football had become for Bill a bit of a tradition. After all, it felt like it was in the genes. He had a bloodline that knew how to play the game and play to win. Bill figured that if he could be all-state, then perhaps his son could play professionally. He remembered his dreams of making it and how they were smashed by the bad hit during college.

Bill longs for those glory days. He felt powerful and important. Bill feels like, in some ways, his best years are behind him. He’s got a good enough job, and he likes his wife, but somehow he doesn’t feel as alive as he once did.

When Bill’s son suits up, he remembers his early games and triumphant victories, the friends that he had – or at least he thought he had. For a moment, Bill gets to play the old movies in his head where he was the star and he gets to forget a little bit about how his life is today.

In one sense, Bill’s watching his son play. In quite another sense, he’s watching himself play in an old movie. He needs to keep watching the movie to feel a bit more alive.

Bill’s son has never been the rough and tumble type. He’s more of a bookworm who would be just fine burying his head in books for hours – or days – at a time. He knows that his dad is pleased when he plays, so he does it. His heart’s not in it, though, and it shows. He feels a sense of obligation to fulfil the family tradition – even if it’s not what he wants for his own life.

What happens to Bill’s identity when his son finally reaches the point where he can say that he doesn’t want football to be a part of his identity? Bill has become wrapped in his son’s success much like his own. He’s sacrificed both in terms of time and money to ensure that his son had all the resources he needed to become the best football star. There were training camps and individual coaching and equipment. It all had to come from somewhere.

But now that’s all gone. It’s like a part of Bill is removed. It’s like his son is ripping out his heart – though that’s not the intent. Bill’s son wants his own identity, and that means taking it away from his father.

How could Bill react when he’s losing a part of himself? Clearly, not well. The problem isn’t with the reaction when he loses his identity. The problem is taking on his son’s identity in the first place. The conversation, depending upon whether Bill’s son is in high school or college, can cause a real family feud.

It just seemed like an argument to Bill. He said how it was going to be and expected his son to toe the line. The problem is that Bill was miles away. His son got a scholarship at a university in another state with a great coach and a winning team. It meant that he really had a shot.

That is, until after the argument, when Bill’s son really shut down. He went from initial lineup to being benched most games. The coach decided that the scholarship wouldn’t be renewed next year, but no one told Bill. Bill’s son decides to take a break. He tells his dad he’d going to live off-campus and then finds a job at a coffee shop and doesn’t go to school at all.

The end is an unfinished college degree, a set of lies that Bill’s son tells him, and a life in a state that Bill’s son may never come back from. Tragically, it’s because Bill’s identity was wrapped up in his son’s successes. He was reliving the life he had through his son, and his son had finally had enough. He stood up to Bill, but Bill couldn’t hear it.

Both stories are tragedies, where children are deprived of their own dreams and identities in service of their parents. It’s not that every football star or cheerleader has these stories. For many, they are their own dreams – which may or may not be shared by their parents. However, in these cases, where the children want one thing and the parents are trying to live through them, the results are devastating.

Sometimes the result is a suicide, but, more frequently, it’s a distance in the relationship as the parents feel as if their child has betrayed them – all because they wanted to live their life, not their parent’s life.

When you’re cheering for your child, rooting for their success, and reveling in their triumphs, it’s hard to not take on a bit of that in your identity – but it’s absolutely necessary for your mental health and for theirs.

Talk to the Emotional Elephant