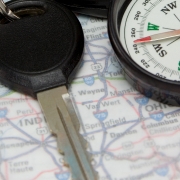 I struggle with the curse of knowledge. I’ve learned things, and I can’t remember the world before I knew what I’ve learned. Whether it’s something trivial and technical like how to wire an ethernet cable or solder a connection to make an old-time serial connection, it’s difficult – but not quite impossible – to see what it’s like to not know these things. (See The Art of Explanation for more on the curse of knowledge.) The problem is that when I, and everyone else, begin to build a path for my users to adopt a technology, I forget that I know things that they don’t. The results that are simple to me become mountains the users can’t or won’t climb.

I’m sitting at my desk working away, and, unbeknownst to me, my wife is watching me. Her desk is right next to mine, and it’s just a quick glance from her computer screen to mine and vice-versa. My concentration is interrupted when she exclaims, “How did you do that?” I come out of the concentration, like someone awoken from a sound sleep, trying to understand the question and ask, “What?” She explains that I caused something to happen she’d never seen before. It might have been as simple as switching programs with a few keypresses or something more complex, like moving information from one program to another.

The running joke is that I’m keeping secrets from her. I knew something that I wasn’t telling her that would make her life easier. From my point of view, I wasn’t keeping a secret at all. From my point of view, it was something I had learned and was using, but I hadn’t even considered that I was using it. From the simple Alt-Tab to switch programs in Windows to the more complicated techniques for copying notes from my Kindle books into One Note, there are things I had learned along the way that she didn’t know. They could help me but not her.

[If you’re interested, our 30 Office Tips and Secret SharePoint projects both came largely from these “secrets” that I was keeping.]

When it comes to being able to use the tools that you have, sometimes the problem is a simple answer that you don’t know – it’s a secret that drives you towards work arounds and seemingly irrational behaviors.

Most of us believe we’re rational beings. We delude ourselves into thinking that we behave logically. We ignore the chief financial officer who’s driving the fancy new car. We look away from the upgraded airline seats when we know it’s more expensive than a meal at a good restaurant. The decisions we make that aren’t rational are all around us, but we choose not to see them. We buy things for status and recognition rather than practicality and still insist that we’re rational creatures.

The truth is that we’re not rational creatures. We’re predictably irrational (see Dan Airely’s book, Predictably Irrational). We have a hidden brain that is silently shaping our thoughts and decisions. (See Incognito for remarkable insights into the illusions that our brain creates.) Daniel Kahneman explains in Thinking, Fast and Slow that our emotional, automatic parts of our brain lie to our rational brain, allowing it to think it’s in control and that it has the full information. Jonathan Haidt uses an elephant-rider-path model to create a powerful image for how much our control our emotions (the elephant) have and the reason why our reason (the rider) seems to be in control. (See The Happiness Hypothesis.)

The upshot of all of this is we would love to say that small things are really small things, and they don’t change our behavior. But they really do. A little nudge here or there can change your diet from unhealthy to healthy – or vice versa. If you change the order of the items on the menu so healthier options are more prominent, more people order healthy options. It’s simple, subtle, and subconscious, but it works. (See Nudge for more on the impact of nudges.)

A few minutes of walking shouldn’t matter. The problem is that it does. Zipcar was having trouble getting the level of subscriptions necessary to make the system work. Zipcar is a shared car service that allows members to get a car when they need it rather than owning it. In large cities, there’s very few reasons to own a car and they’re expensive. Zipcar allows people to get short-term use of a car without the hassle and cost per use of a traditional car rental place, but it requires a subscription for the privilege of access.

Cars were parked a ten-minute walk away, and they couldn’t get subscribers. The strategy was changed so that cars were within a five-minute walk, and the subscriptions shot up. They found a discontinuity. They found a place where something small that shouldn’t have mattered did. After all, a few minutes wouldn’t materially change a person’s trip, but it did trip some sort of an internal switch about what was and wasn’t a good plan. (See Demand for more on this story.)

Ethnography is most often associated with anthropologists who are off in the wilderness discovering new tribes of never visited people. It’s wild and adventurous. It’s also mostly fiction. The days of discovering new tribes of people untouched by modern civilization is largely gone. However, that isn’t to say there aren’t millions of people who aren’t understood. Ethnography is about simply learning about other humans without judgement or reframing. At its best, ethnography exposes the hidden complexities of another human’s life. It shows the struggles they go through that we don’t even consider.

Fancy design firms prefer to call their ethnography “user studies” or observational studies, because apparently that means you can charge more for them. However, the fundamental approach is the same. Join the studied group’s world with as minimal disruption as possible, and write down what you see. What tends to happen is you begin to see the hidden hassles that make up the person’s world. (See The Ethnographic Interview for more on this process.)

Zipcar had stumbled onto a hidden hassle for car use. Most users wouldn’t move past the hassle to buy a subscription and access the car. The message for those of us trying to drive organizational change is that small things are getting in the way of our users doing what they need to do. It can be as small as a minor bit of knowledge that is missing – that we can’t even see is missing – or it can require some sort of a structural change to the way things are done. However, a small change can make a big difference.

The default option is a powerful force, whether it’s the default file save location or the eye-level cereals in the grocery store. Whatever is easy and noticeable is what tends to be chosen. Have you changed the default option to the behavior you want?

Have you identified the small hassles that seem like nothing but can seem insurmountable to the user? Is requesting access easy but not perceived as easy? Do questions like cost centers and reporting structures scare away the intern just looking for a place to share the documents they produce?

The simple but frustrating reality is that small hassles will stop users from taking rational behaviors. Our goal in organizational change and user adoption is to minimize as many of the small hassles as we can, so fewer people abandon our desired change.

Book Review-Change Anything: The New Science of Personal Success