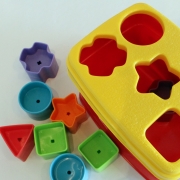 My friend Mark Rackley sent a note out a few weeks ago asking for a video saying “no” to InfoPath. I politely told him no – to the request. Not because I think InfoPath is an up and coming technology, but because I don’t like what I’ll call “grumpy old men” posts. (His post is Seriously, It’s Time, Just Say “No” to InfoPath.) My hope with this post is to find a more balanced view – and to work on a path forward rather than shaming you into believing that you’re somehow bad because you have InfoPath forms in your environment.

I’ve been trying to help people do the right things with SharePoint (and associated technologies) since 2008. That’s when we released the first SharePoint Shepherd’s Guide. I think that getting off InfoPath is the right path. At the same time, I want people to know the path forward. I want there to be a way to learn how to create forms in new technologies that do the same or similar things that InfoPath does.

The first point of balance is the distinction between creating new forms and having users fill out old forms. These are two different things. Users filling out existing forms is just a matter of converting the form to a newer technology when it’s appropriate. The end of life for InfoPath is set. In 2026, support will end. That still seems like a long way off, and it is. That isn’t to say we shouldn’t start the process of migration from InfoPath, it’s saying that the sky isn’t falling.

The Cost of Technical Debt

Mark quotes another good friend, Sue Hanley, as saying the cost of technical debt increases over time, so you should start to work on it immediately. As a software developer and in a software development world, this is true. However, the role of InfoPath isn’t exactly that. Certainly, if you continue creating forms, you’re creating greater technical debt. However, if you don’t create or revise existing forms, your technical debt is actually going down – but only slightly.

First, let’s do an analogy. Let’s say that you can borrow money at 4% interest (say on a house), and you can reasonably expect an 8% return on an investment (say in the stock market). In that case, you should really keep as large of a mortgage as possible and invest the money in the stock market. From a sheer numbers point of view, you’re money ahead. Of course, there’s risk and uncertainty, but over the long term, keeping a mortgage and money in the market at the same time is financially profitable – at least slightly. Few people recommend this kind of a strategy even though it’s financially a sound practice.

In the case of InfoPath, the longer you wait – up to a point – the greater number of features you used in InfoPath will be available in other ways, the better the usability of the new tools will become, and the better the education will become. The net effect of this is that your cost to convert – if you’re not adding to your existing forms – will be smaller. That being said, it may not be enough to justify the risk that you’ll run out of time if you wait too long.

There Isn’t a Migration Strategy

There’s not going to be a magic wizard that will convert all your forms into another Microsoft technology. PowerApps, the “heir” to the forms legacy, isn’t built the same way, so there’s no one-to-one mapping between what we did in InfoPath and how it’s done in PowerApps. If you’re planning on staying on Microsoft technology for forms, you’re going to have to do the heavy lifting of converting your forms by hand.

As Mark points out, there are a few third parties that have InfoPath converters already. It’s a big market, and there may be more forms vendors that want a piece of this market. In the worst-case scenario, you might be able to defer the cost of changing your forms until near the end of support, and then use the automated conversion to another technology. The risk here is that the converter technology won’t handle the tricks you used with your complex forms. It’s another possibility for deferring the investment – but it’s not one that I’d recommend unless you’re absolutely backed into a corner.

SharePoint’s modern pages are beautiful and responsive in ways that the classic interface could never be. If you’re delivering your InfoPath forms via the browser and InfoPath Forms Services, you’ll never get the beautiful modern experience, because InfoPath Forms Services isn’t going to get an upgrade to modern. This can be an issue once you’ve made the change to all modern, but if you’re still working with an on-premises server, it’s likely that you’ve not yet made the switch.

The good news is that the forms will continue to work – they’ll just have a classic interface.

Even if you’re just modifying an InfoPath form, it’s time to consider your other options. It may be that the form is simple, and you can use a SharePoint list form to capture the data, or a very lightly modified PowerApps form attached to a list. If that’s the case, then make the change today. Where you’re going to have to touch the form, you might as well see if you can get it converted quickly.

The big problem comes in the form of situations where there’s no clear answer as to how to convert an InfoPath form to PowerApps, because there’s no published guidance on how to do what you used to do in InfoPath inside of PowerApps or some other forms tool.

Here’s where I get to be a shepherd again. First, we’re building a list of things you used to do in InfoPath (features, techniques, approaches) and the way to do them in PowerApps. The InfoPath to PowerApps conversion list is on the SharePoint Shepherd site. Go there and see if the thing you want to do is already listed.

Second, if you don’t see what you need on the list, send us an email at Shepherd@SharePointShepherd.com, and we’ll see if we can understand what you’re doing in InfoPath and how it might be done in PowerApps. Please feel free to send us an example of what you’re doing (but please don’t send your actual forms).

Finally, Laura Rogers has excellent resources for PowerApps training. If you’re interested, she’s got a PowerApps Basics course, or you can click here to see all the courses she has to offer.

Book Review-12 Rules for Life: An Antidote to Chaos
Scroll to top