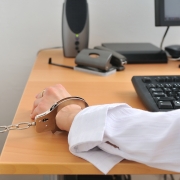 Most of the time, if I say, “early and late binding,” the response I get is “huh?” It doesn’t matter whether I’m talking to users, developers, or even architects. It has a design impact, but we usually don’t see that it’s happening any more than a fish knows it’s in water. In this post, I’m going to lay out what early and late binding is, and I’m going to explain a problem with designing data-driven apps with PowerApps, Flow, and SharePoint. In another post, I’ll lay out the solution.

Every organization has a set of forms that are largely the same. The actual questions are different, but the way the questions are responded to is the same. One way to think about it is to think of quizzes or tests. Most test questions fit the form of pick one of four answers. They are this way, because those are the easiest kind of questions to psychometrically validate. The content of the questions changes, but the format doesn’t.

Imagine for a moment you’ve got a test for chemistry and a test for physics. Would you want to create two different apps for them? Do you want to hardcode every screen? Or would it be better to have it be data-driven, with a table for questions and the tests they belong to, and then an application that reads this data and allows you to enter data for each of the questions based on the same template? Obviously, the latter is better, but it does create a data structure problem. Instead of having everything in one row, there will be numerous rows of data for the same quiz.

That makes it hard for you to score the quiz and record all the answers into one row for the student. In fact, because of early binding, you can’t directly create a PowerApp that will write to fields that are added after the PowerApp is published. That is, let’s say you have five questions with individual fields in a row for the answers. If you add a new, sixth question and column, you’ll have to go in and refresh your Data Connection in PowerApps and then write code to write the value out into that column. That’s okay if you don’t make many changes, but if the questions change frequently, this isn’t practical.

Though both languages now offer type-flexible variables that can accommodate many actual types, and both have always supported arbitrary name-value pairings, they demonstrate a bias towards knowing what you’re going to get and the compiler validating it.

In contrast, JavaScript is a type-less language. Everything is basically just an arbitrary collection of objects. The good news is that you can readily expand or extend JavaScript. The negative is that simple typos or capitalization errors can create problems that are very difficult to debug. The compiler won’t help you identify when one part of a program sends data that another part of the program doesn’t know how to deal with.

In short, type binding and early binding helps us ensure that our programs are more reliable and reduces our cost to develop – most of the time.

If you’ve done much development with C# or Java, you realize that, even though the language fundamentally wants to do early binding, you can structure your code in a way that’s data-driven. You can use type-less variables (declared with var) and then use them however you would like. The compiler tries to infer what is going on based on method signatures and warns you when what you’re doing won’t work out well.

This is really a compiler-friendly way of doing something we could always do. We could always define our variables as object – so making sure that we’re managing how we use the variable is on us. This works fine for all sorts of objects but represents a challenge with primitive data types, because, fundamentally, they’re not processed as pointers like every other kind of object is.

In the land before time, when dinosaurs first roamed the earth, we worked with languages that weren’t as friendly as the managed languages we deal with today. We had to manually allocate blocks of memory for our object and then keep track of pointers to that information. These pointers were how we got to the objects we needed. This is abstracted for us in managed languages, so that we don’t have to think about it – because it was easy to get wrong.

The net, however, is that every object we work with is really a pointer. (Or, even more technically, a pointer to a pointer.) So, whether I’m working with a string or a date, I’m most of the time really working with a pointer that points to the value. That’s fundamentally different than the way we work with integers, floats (including doubles), and Booleans. These are native types, and mostly we use them directly. This makes them more efficient for loops and control structures.

It’s technically possible to refer to an integer or Boolean through a pointer. .NET will handle this for you, but it’s called boxing and unboxing, and, relatively speaking, it’s slow. So, the idea of using an object (or var) for a variable works well when we’re dealing with objects, but not so much when we’re dealing with primitive data types. (To make things more efficient but more complicated, with var, the compiler will sometimes optimize this to the real type for us, saving us the performance hit.)

Another way that you can do late binding in an early binding language is to use arbitrary arrays, lists, or collections. These collections of objects aren’t explicitly referenced and are instead referenced by location. More flexibility happens when we have name value pairs, called dictionaries, allow for name identified items. In this case, you can look up an item by its name and set or retrieve values.

JavaScript transparently converts a period (.) into a lookup into the dictionary, because JavaScript only has arrays and dictionaries. So, while C# and Java look in a specific place inside the object for a value when you use a dotted notation, JavaScript is really looking up that value in the collection.

In most cases, we don’t think about early or late binding, because it’s just a part of the environment. However, it becomes important in the scenarios like the above, where we want to create one test engine or one form engine that can be data-driven. We don’t know the names of the questions when we start. We only know the names after we’ve begun. It’s still not an issue if we can store the data in the database as a set of records for each question – but that isn’t the way that people want to see the data to do analysis. To do analysis, users want to see one record for the entire test. To do that, we need a way to convert late binding into early binding. In short, we need to flatten the abstract questions into a concrete test.

Book Review-Breaking Out of Burnout: Overcoming Mid-Career Burnout and Coming...
Scroll to top