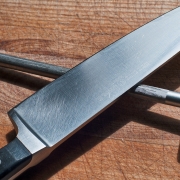 There is a tendency to view conflict in a negative light. After all, we typically only focus on the conflicts we have that have gone poorly. We only lament about those that didn’t end well. However, the truth is that conflict is a necessary part of all our lives. When we look at conflict through a more wholistic lens, we can see how it’s neither positive nor negative.

Friction is also seen negatively. Friction in our doors calls for WD-40 to help eliminate it. Friction in our cars makes them less fuel efficient. However, without friction, our cars would skid helplessly across the road, never stopping – and they’d never get started in motion either. Friction allows us to get going and change direction, but when we’re focused on efficiency, we don’t always see that. We need the right kinds of friction to allow us to move and control our situation.

However, the wrong friction can be a real problem. Run an engine without oil to lubricate it, and eventually you’ll find that the parts are fused together and no longer work. If you have the wrong kind of conflict, and you don’t lubricate it, you’ll find yourself stuck.

While conflict can be difficult to get through, it forces us to understand our own thoughts and the thoughts of others better. Consider C.S. Lewis’ perspective on disagreement and debate. He loved it. He and J.R.R. Tolkien were both better for their disagreements and debate. Proverbs 27:17 says, “As iron sharpens iron, so one man sharpens another.” The reality is that we make each other sharper and better. We do that through our conflicts.

We’ve come to learn that animals and humans need challenge and struggle to fully develop their potential. A chicken who is “helped” out of its shell will almost certainly die, because it never conquered the challenge of breaking free of its shell on its own. New hatchling sea turtles who are “helped” to the sea become helplessly lost, having never calibrated their ability to map their world.

Time and time again, we find in nature that we need struggle, challenge, and conflict to make us better people.

Conflict need not end poorly. When you develop the skills to detach, stay curious, seek understanding, and find new options, you can get to the other side of conflict having learned more about the world, including its objective reality, and about other people. We don’t really want to eliminate conflict, because to do so would rob us of the ability to grow and become more of the people we need to be. However, we want to get to the other side of conflicts, where we’ve grown instead of being harmed or damaging relationships.

Learning how to have conflict the right ways, in which we nurture respect of one another and find greater strength in ourselves and in those around us, is the goal.

Book Review-Range: Why Generalists Triumph in a Specialized World

Book Review-This is Marketing: You Can’t Be Seen Until You Learn to See
Scroll to top