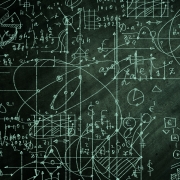 No one wants to believe we’re making a value judgement with every relationship we’re in. It feels impersonal. It feels like, if the other person doesn’t measure up, we’ll cut them out of our lives. That in turn means they may choose to cut us out of their lives. It a yucky feeling that no one wants to feel. Despite this, there is a calculus that we’re unconsciously performing when we’re in relationships. We’re evaluating whether this relationship is something we want to continue or not.

The basic math behind relationships is a simple inequality. We are looking to get as much as – or more than – we give from the relationship. It sounds like this would make everyone selfish and only out for themselves and not others. However, there are two reasons why this isn’t the case. First, how we value our efforts and the things we get from others isn’t even. We can greatly value something someone else does for us that’s easy for them.

Second, what we get isn’t always from the other person. Sometimes what we get is a greater sense of being the kind of person we want to be. We do things for others not because we expect to get something back from them but because we get a sense of peace, power, or belonging that we find valuable.

With this as a foundation, we can explore how we view what we give and what we get.

With my background in technology and particularly Microsoft Office applications, I know things that I’m not even aware I know. I will routinely press a key or activate a feature in Microsoft Word that people around me have never seen. When I’m asked about it, I happily share the information, and they’re richer for it. The cost to me is trivial. It’s something I can give with a few seconds of time.

Sometimes what I can offer is more expensive. The chief cost of giving is the time it takes. Certainly, there are some things that have a material cost, but for most of us, those costs can be converted into the amount of time it would take us to earn that money. Ultimately, the time we invest in others, through time spent with them, doing things for them, giving things to them, etc., is just as important as if we had invested in material things.

A friend comes over to help you diagnose a problem with the air conditioner. You know nothing about it but he’s an expert. It takes only minutes for him to find a problem with an inexpensive relay that he happens to have with him. An emergency call to a heating and cooling contractor would have been hundreds of dollars – and hours of waiting on them to arrive. Your friend spends a handful of minutes and a few dollars for the part. However, the value to you is substantially greater.

That’s the primary imbalance that allows relationships to function. Sometimes, you give a little, and they get a lot. Sometimes, they give a little, and you get a lot. Because of specialization and the reality that we each have unique skills that we can share the benefits of with others, we create the opportunity to get more than we give – from a perception point of view.

There’s a certain sense of peace that you get when you know you’re able to help others, even when you know they’ll never be able to repay you. It’s a sort of karma. You believe more firmly that others will be there to help you in your time of need when you’re able to do that for others. So, paradoxically, when you’re giving to someone who may never be able to repay you, you’re getting internal validation that the world is becoming more like the world you want to see in life. You don’t need to receive anything externally, because you’re getting the value from giving. In effect, the relationship with the other parties is about having a better relationship with yourself.

The entire idea of compassion and generosity doesn’t seem to make much sense. If Darwin’s survival of the fittest were operating, wouldn’t it make sense that the fittest would be looking out for themselves? As it turns out, no. Cooperation is a powerful tool for surviving and allowing one’s genes to propagate. Even self-sacrifice to the point of death can pass along genes through the relatives who, through your selfless act, are still alive.

Robert Axelrod performed a series of competitions for programs to make a rather simple decision about how generous or greedy that they’d be. The competition was setup with the prisoner’s dilemma. The short version is two criminals are captured. If they both stay loyal to each other, both will get three years. If one defects (offers evidence on the other), they’ll get one year and the other will get five years in jail. If they both defect, they both get five years of prison. In this configuration, an agent – program or person – should always defect, because it creates the best outcome for them personally when the other party’s behavior is unknown. However, that’s not what was the most effective for both in the simulations. Generosity and an attempt to get to the best outcomes for both sides won the competitions. In short, start with the assumption that the other side won’t defect and only defect to retaliate against the other party.

While it’s possible to get more – either externally or internally – than you give, the reverse is also true. Consider the effort to put together a delicious and nutritious meal, and a family who doesn’t care. They’d be just fine with warmed Spaghetti-Os and hotdogs. Your gourmet meal is lost on them – just like the time spent preparing it. In trade imbalances like these, the best thing is to just stop doing the things that lead to the imbalance.

That’s sometimes easier said than done, as people still need to be fed, and you may not be okay yourself with making such a simple dinner. The result is a need to find a way to renegotiate what you’re doing – and why you’re doing it. You may decide that the gourmet dinners are for you and not them anyway.

Relationships are all built on trust – even if the trust is that the other person will always do what is in their personal best interests regardless of whether it’s in your best interests or not. Trust is the mechanism by which we evaluate our contributions to a relationship – we trust they’ll acknowledge the contributions – and the way we evaluate what we’ll get. We believe that the person will be there to help us out in our time of need.

Another consideration is our belief may be predicated on the expectation that, in the end, we’ll get more from the relationship than we put into it – but over what time scale? When you’re putting in extra effort to help a friend as they’re struggling with a death or a divorce, do you expect that you’ll receive as much as you’re giving? The answer’s probably no.

However, if you believe that the other person has already given you much more than you can ever repay – or you feel like they’ll be there when you need them – then the momentary imbalance in what you’re giving vs. what you’re getting may be completely appropriate.

Predicting the Return on Investment

These factors make up our assessment of the return on investment we’ll receive from a relationship – or the amount we feel we owe the other party for their previous support of us. The problem in the way we predict the return on investment in relationships exists in the biases we all have. We can fall into negative confirmation bias where we fail to see any value in the what the other person is doing in the relationship. We can similarly be in positive confirmation bias and be blissfully unaware of how the other person is taking advantage of us.

We can discount what the other person has done for us in the past. We can disbelieve they’ll help us in the future – or we can be sorely disappointed, when we trust someone else will come through for us, and they don’t.

There’s no perfect answer to whether a relationship is valuable or not – there’s only the awareness of some of the factors that are involved in the equation.

Book Review-The Years That Matter Most: How College Makes or Breaks Us