Blog
You are here: Home1 / Blog2 / Conflict3 / Conflict: Our Beliefs About Others 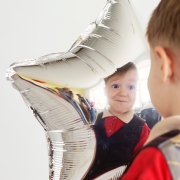 We all suffer from fundamental attribution error. We blame others for outcomes that were rightly based on circumstance not their character, but that doesn’t stop us. While we give ourselves grace, because we know the situation we were in. We don’t give the same grace to others.

Consider something as simple as someone who has had a divorce. Many people hold the value that marriage should be a sacred vow, and it should be forever. When we face our own divorce, we can rationalize that there was no way to make it work. We can point to the years of effort that we put into making it different. We can say that we reluctantly gave into the inevitable. However, when an acquaintance gets a divorce, we somehow think less of them. How is it that they could forgo their commitment so easily?

Of course, we have no idea how much effort or energy they put into keeping their commitments, and we don’t know that they weren’t faced with a spouse who was unfaithful, abusive, or absent. However, fundamental attribution error kicks in, and we think it’s something about their character.

All we ever have of someone else is observations of what they say and what they do. Of course, what they do is a better signal of what they really believe than what they say. However, we see their words and actions and from those must infer their intentions and values. We don’t know what they intended, but still we make up answers about what is going on in their inner world that may or may not have anything to do with reality.

Our observations themselves are only partial, and therefore we fail to see the whole picture. We see them snap at their child in line at the fast food restaurant but don’t see the two hours they spent trying to help their mother undo a malware attack. We see the inattentiveness at the grocery store but miss the fact that they just worked a double shift to cover for a friend whose father is in the hospital.

The problem with this approach is that we don’t see the whole picture, and we don’t know what other competing values are in place. We see the person who fails to report an error because they’re worried their friend might lose their job because of it. They’re weighing their value of loyalty against the need for honesty – or righteousness. We only see the transgression, not the character strength.

From these lofty ideas of their values, we establish what we believe to be their intentions towards us. Frequently, our belief is that they have negative intentions towards us. In most cases, the other person rarely thinks about us – and certainly doesn’t have an agenda to make our lives miserable – but that doesn’t stop our imagination.

Instead of believing the other person has the best of intentions, most of the time, we assume they’re out to get us.

What other people think of us is none of our business. It’s a fact that what other people think about us is as much about them as it is about us. They suffer from the same biases and limitations that we do, and they’re likely to not see us in as favorable a light as we see ourselves. As a result, when we arrive in a conflict, if we’re not really careful, we’ll each think less of the other person than we perceive of ourselves.

That sets the stage for a conflict based on nothing more than a misperception of one another – with or without a substantive issue to have a conflict about. If we can minimize our leaping to a belief that we understand the other person’s values and intentions and instead take a slow and thoughtful effort to validate the values and intentions we believe they have, we may just find that our conflicts disappear.

Book Review-Mistreated: Why We Think We’re Getting Good Health Care—and...