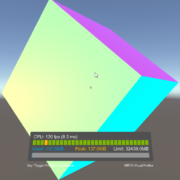 In this post, I’m going to walk through the creation of a spinning cube program in Unity. For this demo, we’ll build it with the Mixed Reality Tool Kit (MRTK) and set it up so that you could deploy it to a HoloLens 2. A spinning cube is sort of the 3D equivalent of “Hello World.” So, it’s a good starting point for developing with Unity and using MRTK.

To make this project work, we’re going to create one cube object, an empty game object, six directional lights, and one rotator script. We’re going to use the lights to change the appearance of our cube as it spins. The standard material for the cube will reflect the light if we change the colors. By using the orbital component in MRTK, we’ll give the user a way to inspect the object from different angles, even while things are rotating.

Getting the Project Ready

Rather than replicating the steps necessary to create a new project and configure it with MRTK and set it set to deploy to the HoloLens 2, I’m going to refer you to the first 16 steps in the post Building a Unity Project with Speech Recognition using MRTK for a HoloLens 2. The only change we’ll make is that we’ll name the project SpinningCube, since that’s what we’re doing.

Adding the Cube and Lights

[Note: We’ve intentionally continued the numbering throughout the entire post so that we can refer to unique steps in the post.]

Let’s get started by adding our cube and the lights.

You’ll notice that the cube appears to have a different color on each side. If you check the material for the cube, you’ll see that the material is a neutral color. The colors that appear on the cube are coming from the different lights we added to the scene.

One way to make it possible to see what we’ve done is to add an Orbital component that comes as a part of MRTK. We can use this to keep an object (or collection of objects) in front of the camera. Let’s add the Orbital component to our cube and to our lights separately. If we weren’t going to rotate the cube separate from the lights later, we could move the cube under our Nexus object, but since we want different rotations, we’re going to keep these two objects separate.

Now we can test our solution. We can press the Play button to see our cube floating in front of us in the game tab. If we move in the play mode, we can see different sides of our cube. You can right-click in the game window and move your mouse to move around in the 3D game space.

The script will define two public fields – RotationXYZ and RotationRateScale. The first will set the rotation along each axis, and the second will allow us to scale the rotation speed overall without modifying the individual variables. The only other part of this script will in Update() and will use the Transform component’s Rotate method to rotate the object.

The script initializes the rotation to a default rotation of X 1, Y 2, Z 3 degrees per second and an overall scale of 1. The update method uses Time.deltaTime – a global property to determine what fraction of a second has occurred since the last call to Update(). This is the way that we can scale the degree of the rotation based on the framerate that’s happening inside of Unity. The code gets the total scaling for the rotation by multiplying our overall rate scale times deltaTime. Then a new Vector3 is created with the rotation needed, and this is applied via the transform component’s rotate method.

Attaching the Rotator Script to the Cube and the Nexus

Our rotator script is fully functional – but it’s not connected to anything. We connect it to our cube and to our Nexus object by selecting the object and dragging the script into a blank spot in the hierarchy.

By setting the rotation scale to 10 for the lights, you’re causing the lights and the cube to rotate at different rates, and therefore the surfaces of the cube will turn different colors as different lights start acting on them.

To view the final solution, simply press the Play button and watch how the Game tab shows your cube spinning – and with the lights spinning at different rates. 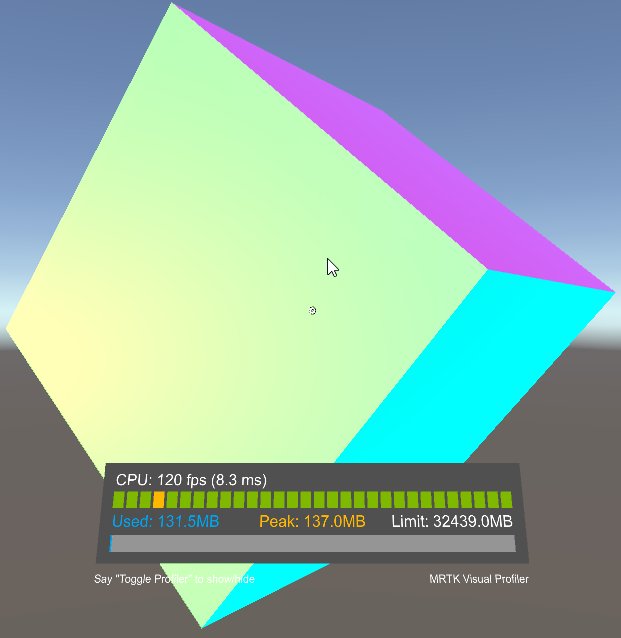 You can now go to Nexus and change the rate – or the individual rotation values for each of the X, Y, and Z components to see different spinning effects. You can also navigate around the scene and the cube and lights will follow you. You can use this to look at different parts of the cube in the scene.

If you want to get the completed project, it’s available at https://github.com/rlbogue/UnityPublic/tree/master/SpinningCube

Book Review-Reading the Room: Group Dynamics for Coaches and Leaders