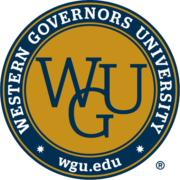 I graduated. I never expected to go back and get a second Bachelor of Computer Science degree, but I did. The reasoning is a bit strange – even by my standards – and the path is even stranger. Those who know me would never question or wonder whether I had a bachelor’s degree or not. Dozens of books written, editor on a hundred more, and countless articles and presentations. Why would anyone question whether I had a degree or not?

I was sitting on the leather couch next to a mentor and friend of mine in front of a fire at his house when he asked, “Why haven’t you bought one of those degrees yet?” “What?” I stammered. He was a lifelong educator teaching high school and college and eventually ending up on the school board. I couldn’t understand what he was saying. It turns out he was paying me one of the biggest complements of my life.

He, more than most, knew I was a lifelong learner. I hungered for it. I was editing about 16,000 pages a year at that point, and I was always discovering something new. But he actually asked that question. He explained that I already knew the things I needed to know, I just didn’t have the paper.

It wasn’t too long after that when an email crossed my desk. A degree for life experience. It was a few hundred dollars, and you had to produce documentation of your experience – which was easy to do, since I kept records of my work on book projects and Amazon was just starting out so people could verify the books that I had worked on.

For my money, I got a very official looking package from Concordia University. It came with grades, transcripts, etc. Accredited in one country, operated in a second, with web servers in a third. It was a paper mill diploma factory, and everyone knew it, but it would pass any employment screen test for a bachelor’s degree.

Why I Didn’t Go to College

Backing up the bus for a bit, one might ask the important question of how I found myself in a position where I didn’t have a college degree already. For that, you must look past the good grades in high school, the decent scores on the ACT, and the acceptance to Purdue with honors. The short version was money. Yea, FAFSA was a thing even back then, so in theory, I should have been able to get aid and student loans to help pay for it.

The problem was that if a parent was uncooperative, if they refused to provide their tax return information, well, you couldn’t fill out the forms, and you couldn’t get the aid you needed to make it work. I tried putting together budgets but none of them worked. In the end, I resigned myself to the idea that I’d settle for night school at IUPUI while I worked. It wasn’t ideal, but I could do half time at night and work full time and the math would work out.

I had taken as many as ten credit hours at the community college while going to high school and working 20 hours a week. I knew I could find a way to make night school work, because I was willing to work hard.

The Siren Song of Technical Editing

Mike Groh was a quirky character when I met him. He was married to the marketing director for the company I was working at. I was at their house to help them get connected to the corporate email system. Back then, it was modems and store and forward email, and it was my job to make sure that the directors were successful. Mike was working for New Riders Publishing – then an imprint of McMillian and, ultimately, Pearson.

He asked me if I would be interested in technical editing books. I explained that grammar and I weren’t on the best of terms; we had a strained relationship. Then he explained that they needed someone to read the material and make sure it worked. It was an ideal job. I got paid to learn.

I had been grousing about having to take assessments at IUPUI even though I had passed the AP tests and had college credits. It was a part of the procedure, and I was caught up in the machine. It wasn’t long before Mike came through with some work. I started technical editing with Inside Paradox and Inside Microsoft Access, the two competing database technologies of the day. I loved it. It made money instead of consuming it.

I resolved to defer college until the technical editing thing had run its course and I had saved some money.

Like an addict, I picked up more technical editing. I was, for several years, doing about 16,000 pages a year after my full-time job. It was fun. I loved learning and only occasionally got too overwhelmed. I was sometimes offered development editing opportunities, which paid better and really amounted to what I was doing plus talking about how to explain the concepts better. I even got a few authoring opportunities.

Authoring wasn’t my favorite thing. It took a long time and the rewards were less than editing. However, it felt like it was the thing to do. Before I knew it, I lifted my head, and years had gone by. Eventually I realized that I’d never go back to traditional college. I’d be bored to tears. That’s when the conversation came and when I bought the degree.

I didn’t find Western Governors University (WGU) because I wanted to get a bachelor’s degree – at least, not directly. I started out investigating a master’s degree in healthcare administration. It’s a place that I’m passionate about. I want to make healthcare better. I figured the bachelor’s degree I had worked well enough for background checks. It should work as a prerequisite degree for a masters.

I was wrong. In the years since I had gotten it, almost every school had gone electronic. Now, it was easy for one school to validate the credentials of another – and there was a master database of universities that were accredited – by accrediting bodies that mattered.

I wanted to move on the healthcare administration journey, but that meant going backwards to get the bachelor’s degree.

I decided to find a solution that would be the easiest for me to do. That was computer science. My first semester at WGU, I completed 60 credits. WGU uses an “all you can eat” plan for your tuition. You pay a fixed amount per six months no matter how many classes you take. I tested out of a lot. I could have even tested out of more, but I wanted to save a few easy classes for later semesters.

It’s been a year and a half since then. During that time Terri (my wife) got very sick for a while, and it was all I could do to keep the wheels on the cart. Juggling kids, the business, and WGU was more than I could do. I met my requirement to do at least 12 credit hours and kept everything afloat through a semester where Terri was ill for three of the six months.

The last nine months of my journey, I’ve been only working on my capstone. Most of that has honestly been a waiting game. I decided that I wanted to prove that I can improve environmental services workers’ training so they’ll clean better using augmented reality, and Microsoft’s HoloLens 2 was announced but seriously unavailable.

For reference, I don’t think that I do things the way others do. While I was getting my degree, Terri and I wrote a book together (Extinguish Burnout), and I created a comprehensive course on change management (Confident Change Management). I was busy. I’m looking forward to the opportunity that things can slow down a bit, and it can resume just normal crazy.

My capstone completion would mark 2 years since I started. Great time for college as a part-time thing – but easily a year longer than it needed to be due to delays and capacity problems.

Having three children currently in traditional colleges and a wife with a master’s degree, I have an interesting perspective on the process. WGU taught me when that’s what I needed. (Calculus isn’t necessarily easy.) It also allowed me to test out of those things I already knew. For the most part, it stripped the stupidity from the college experience, and it dropped all the participation awards.

I’m comfortable saying that if I needed to learn a topic, it taught it to me. It seems on par with the education that the children are getting – with a lower price tag and a much better schedule.

I would have never survived going to classes each week for 15 weeks. As it was, I shook the cages at WGU rather hard for the handful of courses that had rough edges. (I was bound and determined to leave the program better off than I found it – even if I had to explain instructional design to people with master’s degrees in instructional design.)

As for what’s next for me, I don’t know. I may go back and get the master’s degree in healthcare administration. However, I won’t start that right away. I am also considering a master’s degree in psychology, but I’d do that more for me than for than any earning potential.