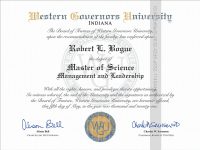 That was it. I’d had it. There was a conference that Terri and I were doing together. We were teaching burnout to nurses. We love working together, and it was an opportunity to teach folks the skills that we had to learn the hard way. The problem is that I couldn’t be listed as an instructor. I could be listed as an assistant and the conference would still pay us the same – but they couldn’t list me as an instructor because of rules for continuing education credits.

Many professions have associations that are responsible for certifying that their members who have earned professional credentials are keeping up with their continuing learning. Lawyers and doctors are a good example of the kinds of professionals that need to keep current. In some states, nurses fall into the same category. (Not in Indiana, where we live, but it’s sort of an anomaly.) The rules for issuing continuing nursing education vary by the issuing body; but in California, if you’re not a nurse, to teach, you must have an advanced degree in the topic you’re teaching on – and I didn’t have one. (See my post on my BS.)

It would trigger me to go back to WGU for a master’s degree and continuing my academic education – though I didn’t have many gaps in my learning. When I shared with a friend of mine that I’d gone back to do it, he explained that I could teach it. Maybe he was right but either way, I went back.

I applied, was admitted to the program, and started doing what I did for my BS: completing courses at a faster than normal pace. However, for relatively different reasons. For the past seven years or so, I’ve read a book each week and posted a book review. Goodreads says that I’ve read 522 books – and I don’t read fiction. I’ve got a large library to pull from.

In the end, I’d pull 74 references across the program to use in my papers and my capstone. I read zero of them for the program. They were all references that I had previously read and reviewed. I could have probably referred to more, but I met the criteria and then some, so I stopped.

I totally accept that this isn’t the way that most people enter the program. I recognize that the fact that I write like I’m running out of time (apparently like Alexander Hamilton). Papers that would normally take people weeks to do I could knock out in a few hours.

It’s for that reason that I feel like I need to say, “Your mileage may vary.”

Master of Business Administration, IT Management

I’m much more interested in motivating people to follow a new direction than I’m interested in counting the number of paperclips they’re using or trying to predict the unpredictable future.

With that said, it’s not that I’m not interested in efficiency. I just don’t try to extract it by minimizing the amount of office supplies. I relentlessly seek to optimize processes, and that’s part of what led me to WGU in the first place. What I didn’t say when I wrote my post about my BS was that I researched my options and ended at WGU because of the efficiency with which I could get my degree.

I’ve got to be careful lest people believe that either the BS or the MS degrees were easy – that’s absolutely not what I’m saying. What I’m saying is that it was an efficient way to get the degrees. Efficiency isn’t always easy.

For me, efficiency allowed me to progress in my educational journey when I had time. For the most part, I didn’t have to wait to be able to do more work, demonstrate some competency, or add another class to my schedule. My schedule is highly variable. Being able to accelerate when I had time and to slow down when my work schedule increased was the difference. It cut my time to completion at least in half – if not more.