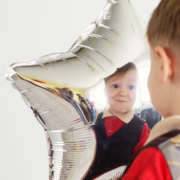 It’s a euphemism. It’s a way of saying that people don’t believe in the same reality. It’s the extreme form of confirmation bias, and it’s hurting all of us.

For some, it’s the largest conspiracy that the world has ever known. Pharmaceutical companies paid off government leaders and health care workers to create a fake disease so they could sell their fake vaccines. No one will admit it, but somehow the big pharma companies pulled it off – together. This is a compressed form of a message I received today. A longtime friend is convinced that the vaccines are a biological weapon that we’re willingly injecting into ourselves.

My facts include a brother-in-law who died of complications related to COVID-19 and a daughter who was off-work for five weeks because of COVID-19 and the resulting lack of energy. During the first week of that time – when she wasn’t in the hospital – I was appropriately concerned that I might walk over to her house and find her dead because of lack of oxygen. I’ve got direct, tangible experience that COVID-19 is not a hoax.

Despite my experience, I listen as others explain that coronavirus is a hoax. I try to explain that I’ve seen its effects firsthand and prepare myself for the inevitable dismissal that happens because this doesn’t fit with others’ views. I try to get to the root of their beliefs only to get stopped at the wall of “some guy on the internet said.” No evidence. No proof. No research. Not challenging. Belief because it’s what they wanted to believe.

The people who were arrested were shipped in from other states. They were coming to town to intentionally cause a riot and destruction. The movement may have value, but it’s been taken over by people who are using it for a political agenda. They don’t want Trump reelected, and they’re willing to do anything to prevent it from happening.

There remains a serious and important inequality in the way that people are treated that deserves our attention and concern. I’ve heard experiences from a friend whom I respect that confirms the fear with which (some) black people live due to nothing other than their race. Whether it’s an artifact of slavery like the Jim Crow laws, an attempt to keep down those who are economically disadvantaged, or the result of the over-militarization of the police doesn’t matter. It’s something that we need to collectively work to resolve.

Here, there are no answers. It may be that both sides are right. It can be that there are forces that are manipulating important movements in the hopes that they can destabilize the government or disrupt events. Few deny that there are serious social issues in America related to race that have yet to be resolved.

Some would argue that when the message is changed to All Lives Matter – instead of Black Lives Matter – that it somehow weakens the movement and the power to heal what’s broken with race equality in America. Others point to research and religion to support their belief that the only way that we can move past this is to more universally value all lives – and all people. However, the arguments become polarized, leading to radical solutions.

The police are bullies that don’t care about people – particularly black people – and we need to defund them, so they’ll learn that things need to change. If there are no police, then there will be no more oppression.

We care deeply about the people we serve. There are some bad apples – like in every group. We are called in to address the kinds of things that most people never have to see or think about. It can make even a compassionate person hard. It’s hard to see people hurting each other and disregarding other humans.

I’m deeply concerned with the plight of economically disadvantaged and the realities of their day-to-day life that I don’t have to contemplate. I’m sure that they feel oppressed by the police. I’m certain that there are cases where the police – those called to protect and serve – have unnecessarily harmed these poor citizens. I’m also aware of the kinds of calls that these humble servants must respond to. Domestic situations that make you want to weep at the suffering that one human brings on another.

The problem here is acknowledged by both sides. Both agree it needs to stop. However, one side has proposed a solution that can have no good outcome. The defunded police won’t be around to protect people from each other and that results in greater harm.

There are solutions – like improving alternative services and additional training that can more quickly identify the bad apples and empower those soulful individuals with the tools they need to help others not only address the current situation but to learn techniques to avoid it in the future.

The problem isn’t that people see things differently or believe in different moral standards. The problem is that we’re unable to listen to one another and see the other point of view. We leap to solutions that are based on our perceptions and our values without challenging either.

The founding fathers of the United States built in structural conflict to help keep the power from becoming to centralized. These balances of power are far from perfect, but they have kept the country from reverting back to a monarchy. Through often painful conversations, we learn to more completely see the problem by viewing it from multiple perspectives. More than that, we learn to acknowledge others’ values even when they’re not in complete alignment with ours.

The path forward from alternate facts is simple: listen. You don’t have to believe what the other party is saying, but you do have to listen to them and respect their ability to hold different values while inquiring to better understand their perspective.

We have alternate facts because we’re not able to listen and give everyone the benefit of the doubt. We need to fix that.

Book Review-Think Again: The Power of Knowing What You Don’t Know