Blog
You are here: Home1 / Blog2 / Professional3 / Relationships4 / What If I Say the Wrong Thing? 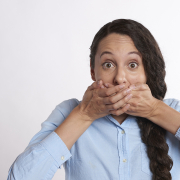 There’s a second tragedy after the death of a loved one.  The tragedy is that, in many cases, the people who you expect to support you – your friends, colleagues, and associates – leave you as well.  Between well-intended attempts to give you space to process and their own fear of saying something wrong, they don’t call, and they don’t engage you in the conversation about what has happened.  There are words that they will no longer say in your presence.  They step around the elephant in the middle of the room hoping that everyone else does, too – or worse yet, they avoid being in the room with you altogether.

I need to be clear that Terri and I have been blessed with the way that some of our friends have stood beside us.  They moved in, making sure that we were okay more often – not less.  Some dear friends arrived at our home and did whatever we needed – even things that we didn’t know we needed immediately after we lost our son to suicide.  These amazing friends challenged everything that I’m about to say here – except that these amazing people are exceedingly rare.  It’s possible to fight the urge and step up, as these dear friends have demonstrated – and you can do it, to0.  They already knew what I hope to share with you: it’s impossible to say the wrong thing.

I was standing in a receiving line next to my ex-wife at her father’s funeral.  A lifelong good friend of hers walked up and asked, “How are you doing?”  It’s the question that had been asked a hundred times already that day.  Often, I responded with the polite “okay” that people expected as we walked through the instinctive dance of awkwardness.  For her, however, I was comfortable being a bit more humorous.  My reply was, “Well, I’m not dead.”  After a brief moment as she sized up the comment, we both had a quiet chuckle.  It lightened the moment and was what was needed for both of us.

The one question that’s uttered more than any other after a loss of a loved one has got to be, “How are you doing?”  The true answer is, “Not well.  I don’t know if you’ve noticed, but I just lost a loved one.”  Rarely is that answer given, because it’s not the polite expected answer.  We’re supposed to put on a face of stability even as we are powerless to fight back the tears.  For the most part, no one says anything.  We quietly move forward pretending that the awkwardness didn’t happen.

There are things that can be said that are hurtful and wrong.  However, they’re comments uttered by those who don’t really care about you; they care that they get the “scoop.”  One friend seemed intent on knowing the how and the why of our son’s death.  While we knew that we’d share his death was a suicide from almost the moment we found out, we needed time to find a way to make it make sense when we told others.  I’m not talking about changing the details or misleading folks.  I’m talking about coming to terms with the inconsistencies.  However, this wasn’t what our friend was able to accept.

She pushed to know what had happened and why.  Explaining that it was a suicide would have made no more sense to her than it made to us.  It violated everything that you hear about suicide.  Our son was ultra-connected with family.  He had everything to live for – career, house, girlfriend, dog, etc.  We felt like speaking before we had our arms around it wouldn’t make any sense to anyone.  She pushed three separate times to know the truth before we reached out privately to tell her that it was suicide – and that the reasons made no sense.

I’ve been asked questions that mortified the person asking – and seeing their heart, I was not the slightest bit phased by them.  One of our dear friends, who came to be with us, and I did our own version of the ballistic analysis of the bullet that killed our son, such that the Warren Commission investigating the Kennedy assassination would have been proud.  We made sense of ballistics that couldn’t make sense.  Not a single moment during that discussion did I feel like he said the wrong thing – because he couldn’t have.  It wasn’t the words that mattered.  What mattered was the intent behind the words.

He was willing to walk through the situation not for his own edification but to help us make sense of a senseless organization.  He honestly came from a place of a desire to help – and a willingness to step into the messy.

We’ve always taught the kids that emotions aren’t bad.  They’re not to be feared nor revered.  They’re a part of us and deserve acknowledgement and acceptance.  Not everyone has this experience.  The mirror neurons fire when they see us flash to a painful moment of loss and grief.  Our eyes well up, and they struggle to contain their own emotions.  Too many have been taught that emotions aren’t safe, and that if we’re experiencing them – or someone else is experiencing them – something is wrong.

I’m not going to say that I relish the loss, pain, and grief that I feel.  However, I’m not going to run from these feelings either.  The truth is that I feel them frequently and I expect to for the rest of my life.  It does and will continue to get better, but the losses and grief remains.  They’re made better by the fact that I’m willing to experience them.  They’re better because I don’t run from them.

I know that my tears make others uncomfortable, and I can’t take responsibility for their response.  Similarly, even an honest, heartfelt comment can cause the tears to well up in my eyes, and it neither means the other person said the wrong thing nor that they’re responsible.  The point is that they feel responsible for causing pain that they didn’t cause.  I simply stumbled across it in their presence.  Tears aren’t tragedy.  The tragedy is turning away from those who’ve lost.

There is, I suppose, one wrong thing.  However, it’s not the thing you say.  It’s the thing that you don’t say.  It’s the silence that follows the loss.  It’s the result of the fear of saying something wrong that prevents the question, the comment, the reaching out.  You see, I’d rather someone ask the crudest question than to have someone sidestep the issue.  It’s worse to have people pull back when you need them most because they’re uncomfortable dealing with their losses, their fears about mortality, and their fear of saying the wrong thing.

Ask me what was going through my son’s head during his final moments, and I might tell you that I don’t know – or I might answer you with an answer that could appall you.  Asking the question with the intent of entering the space of grief will always be welcome – even if my response is an attempt at morbid humor.

In the end, it’s only the silence, the running away from those who need friends and family the most, that is the wrong thing.  It’s not something you say.  It’s something you don’t.  If someone you know is struggling with loss – ask them about it.  Talk to them.  Even if you have to admit that you’re uncomfortable but you’re willing to step in.

Book Review-Anthro-Vision: A New Way to See in Business and Life