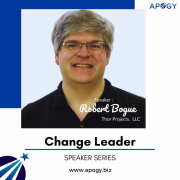 A few weeks ago, I had the opportunity to sit down with Apogy Founder Jessica Crow to talk about change. In it, I discuss the concept of wicked problems and how to think about them in the context of organizational change. From there, we discuss everything from the impact our values have on our resistance (or resilience) to change, the importance of hardship, and more.

You can watch the full interview here: https://www.youtube.com/watch?v=mlj6xgGY-Sw 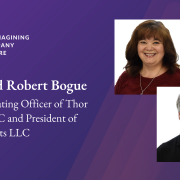 Terri and I recently joined Christina Giordano of the AllVoices Reimagining Company Culture podcast to discuss burnout. We talk about how to systematically prevent burnout, research about the tangible benefits of happy and healthy teams, KPIs to evaluate a company’s culture, and more.

Or you can watch us live on YouTube: https://youtu.be/wzyJ3MPEQj4 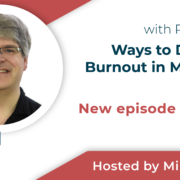 I recently sat down with Mike Pastore of the B2B Nation Podcast to discuss dealing with burnout in marketing. Burnout is becoming an increasingly popular topic one year into the global pandemic. More than half of marketers say they have felt the effects of burnout in the past year, according to one survey. And many of the prospects marketers are trying to reach are also suffering from burnout, making them less receptive to marketing messages.

You can listen to the full podcast here: https://technologyadvice.com/blog/marketing/ways-to-deal-with-burnout/ 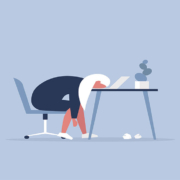 Recently, I got with the Techsplaining crew and talked about combating burnout. With COVID-19, many of us have been stuck at home and having a hard time coping. It can be hard to tell whether the feelings of exhaustion, cynicism, and inefficacy are a temporary result of the pandemic or if they’re signs of a more serious burnout problem. I break it down for you and talk about how to both identify burnout and recover from it in this day and age.

You can listen to the full podcast here: https://www.techsplaining.net/2020/08/14/episode-57-identifying-and-coping-with-burnout-with-rob-bogue/

I recently went on the Technology Advice podcast and talked with Mike Pastore about change management and marketing. In it, I talk about how understanding change helps you understand your clients. Change can lead to stress and fear, and while much of marketing is based on stress and fear, it’s important to realize why fear-based marketing won’t always work. I also discuss how managers can help their employees feel supported enough to adopt a change – as long as there is sufficient trust to avoid too much friction stopping the change.

You can hear about these topics and more by listening to the full podcast here: https://technologyadvice.com/blog/marketing/podcast-how-understanding-change-management-makes-you-a-better-marketer/ 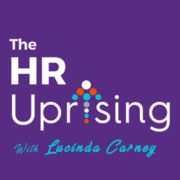 A week ago, I joined Lucinda Carney on the HR Uprising Podcast to give a special masterclass on burnout – and how you can avoid it. In it, I discuss ways to identify the root causes of burnout. I talk about what our personal agency is in the context of burnout and what fills or drains our personal agency bathtub. I also review the two components of stress (the stressor itself and our assessment of the stressor) and strategies that can help you avoid burnout.

You can listen to the full podcast here: https://hruprising.com/avoiding-burnout-masterclass-with-robert-bogue/

I recently had an opportunity to join John Callaway on his podcast, The 6 Figure Developer. In this episode, we spend some time discussing the research for Extinguish Burnout. I explain how, in the classical definition of exhaustion, cynicism, and inefficacy, it’s inefficacy that seems to be key to heading toward (or getting out of) burnout. I also discuss the Bathtub Model, which describes our capacity for personal agency, the factors that pour into it, and the demands that draw from it.

You can listen to the full podcast by going here: https://6figuredev.com/podcast/episode-155-burnout-change-mgmt-with-rob-bogue/ 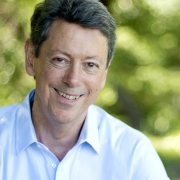 After I read Neurodharma, I got a chance to catch up with Rick Hanson for a phone interview to get his perspectives on the book, what legacy he’s trying to leave, and his perspective on the broader world.

When I asked about the biggest barrier to people cultivating their highest happiness, Hanson responded that people don’t do a little bit of practice each day. He continued that it doesn’t have to be a big thing. It can be something simple. It can be one deep breath. It can be a quick pause to consider their good fortune.

As he and I talked, I began to understand what he meant when he said that he hoped to be a friendly guide to help other people find practices that worked for them and help them avoid the patterns that can hijack their happiness.

When the topic of anger came up, Hanson explained that people do sometimes flare in anger, but he quickly added that they shouldn’t feel as if they needed to feed the beast. I was reminded of an old Internet forum saying: “Don’t feed the trolls.” The thing you provide food to is something that grows. Anger, like trolls, arise, but the key is learning how to process anger and work on paths that lead away from it, not towards it.

Some people, Hanson explained, start doing laps around the rumination track. They get stuck in an event, and they revisit it. We should expect that bad things will happen – and we’ll do bad things. However, we don’t need to dwell in them. We can simply experience them and let them go.

Of course, Buddha said that clinging on to things that are impermanent causes great suffering. This can be true of the feelings we should be letting go of as well. When we hold on to something that is impermanent, we increase suffering.

I ended my conversation with Hanson where we began. Neurodharma is about helping people on the path, not finding the destination. It’s about the everyday slings and arrows of life, not the idealistic picture of lofty mountains and snowy peaks. Spending time doing the practices that Hanson suggests in the book isn’t some sort of spiritual bypass for living your life. It’s a way to live the life you have better – if you use happiness as your measure.

A few weeks ago, I did an interview with RJ Mauro leading up to the ARMA InfoCon this year. We discussed some of my information governance background, the future of the information profession, and the conference itself. It was posted on YouTube, so you can check it out by going here: https://www.youtube.com/watch?v=oBHrkyY4Ngs.

You can learn more about ARMA InfoCon on their website, https://www.arma.org/page/infocon.

While at the AIIM conference in San Diego this year, I had a chance to catch up with my friend, Heather Newman. We recorded an episode for her podcast, Mavens Do It Better. In it, we discuss the work Terri and I have been doing in our home studio, the patent we just received for our moisture-indicating dressing, and our forthcoming book, Extinguish Burnout: A Practical Guide to Prevention and Recovery.

You can listen to it here: https://www.mavensdoitbetter.com/podcast/2019/4/17/episode-34-tech-maven-robert-bogue.