Blog
You are here: Home1 / Blog2 / Personal3 / Where the Consequences Live 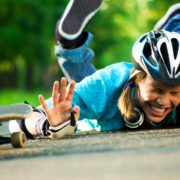 During a discussion with my wife, Terri, about another series of tough decisions about the kids, I struck upon a spark. A moment of fleeting moment of clarity about how good parents make decisions about what to do when the problem is tough. The clarity lasted only briefly and left me with a relatively out of focus understanding that I have finally crystallized into this understanding.

Before I explain the rare moment of insight, I have to setup the situation. Parenting is tough. Well, maybe I don’t need to set that up if you have children. Parenting teenage and adult children is really tough. Perhaps you knew that too. However, as I’ve been reflecting on parenting teenage and adult children, I’ve begun to realize that their problems are more complex than the problems when they’re younger.

When a child is young and you want to protect them, it’s really easy. You just don’t let anything get to them. Really, they’re not mobile so you just have to keep harm away from them and you’re all set. Sure they’re basically machines for converting pure mother’s milk into a substance that has the same disposal standards as used nuclear rods, but they’re fun.

At some point these precious children get mobile. Slowly at first there’s rolling and everyone’s happy to see how baby’s progressing. Even the first wobbly crewing is applauded as progress until the precious child learns to move like a Ugandan runner trying to avoid a hungry lion. If you’ve ever tried to chase a child who is still only crawling you may have wondered how your long legs have such difficulty keeping up with such small legs – that are crawling.

And it goes on until they’re actually walking and you wonder how much longer the length of your legs will hold out as an advantage to keep ahead of them. However, as they’re becoming mobile you can protect them still. You can put them in their crib, a play pen, or some bounded container that prevents them from getting outside of the protective space that you’ve created. It works great. That is up until they figure out how to get out of their containment. They crawl out of the crib or playpen and start to wander around on their own.

When they get a little older and you can’t physically contain them any longer, you can distract them with shiny objects – or flat electronic screens. Whether it’s the lure of the television to the teenage daughter or the quest for domination of the fantasy universe that the sons seem to crave, you can distract them for hours and hours. Distractions work wonders to prevent them from going out and finding their own harm. But distractions are temporary for the teenager.

As they get older even these distraction techniques lose their power. For most teenagers there’s eventually a point that distractions don’t work for long enough. You want to teach them the right lessons in life but those lessons aren’t easy to teach. There’s a sense that you don’t know the right answer. Most of the things that parents have to stick their noses into aren’t simple or straight forward. They’re questions like what’s the right answer for college? Sometimes the question is more like how can I teach my children to always be respectful and loving of each other? Other times the question is how do we teach them about limited resources and managing money?

All of these problems are wicked problems in that they have no right or wrong answer, there’s no way of knowing that you’re done, and you won’t know if you’re doing good until you’ve done it. (See Dialogue Mapping and The Heretics’ Guide to Best Practices). Given these conditions it’s no wonder to me that so many parents give up. They throw their hands up and surrender saying that they’re just not going to get involved. However, I rarely run away from a challenge so Terri and I often stick our noses into the kid’s world and try to help.

The problem is that these are wicked problems. There are no right answers. There are consequences on both sides. If we show our belief that one college is better than another then we’re potentially sending a message that we don’t believe in or like or child’s judgment. Couple that with the drama of a teenage girl and you’re like to get that we hate them. (In all fairness it’s the 12 year old that’s more likely to say that we hate him than the teenage daughter.)

As we’ve come to discuss things like whether it’s appropriate to support a mission trip for one of our children despite the fact that if she goes on the trip she’s unlikely to be able to pay for the next year of college. We support going on mission trips. We sent our 17 year old to Uganda earlier in the year. The real question isn’t about the mission, it’s about prioritizing and recognizing the limits to financial resources.

However, if we have a discussion and tell our daughter that she’s not going – or that she shouldn’t go — there are also consequences. However, the consequences in this situation are to us. We have the “opportunity” to deal with a child who is quite unhappy who will think that we’re evil parents with no concern for her feelings. She’ll believe that we’re getting in the way of what she wants.

Enter our great dilemma. How do we decide whether we should express our opinions – perhaps in a forceful way – or let the natural consequences play out? Either way we expect negative consequences to come. There is no right answer to this problem.

Making the Best of a Bad Situation

Astute observers might have noticed that there are other options, we paid for our 17 year old to go to Uganda. We could pay for the college student to go on her trip. In a family of seven children that sets a dangerous precedent. Do we want to pay for everyone to have a mission trip? The situation with the 17 year old was different. We agreed to the mission trip to support a child we were sponsoring then decided who would go.

Terri and I were quite prepared to have the conversation that would make us the “bad parents” in the eyes of our daughter. In fact we got neck deep when she shared why she wanted to go – to validate her career choice before she invested 12 years. When she became more humble about the situation and we were able to see that it wasn’t a trip to be vain and to waste resources we relented and agreed to pay for the trip for her. Strangely the best decision here was the same – for us to take the consequences – for our daughter.

I’m not suggesting that you should intervene in natural consequences of their decisions. We’ve let another daughter feel the pain of her excessive drinking when it would have been possible for us to alleviate some of it. We’ve let the boys fix things they broken because they needed that experience. We believe deeply that natural consequences are important for children. However, when the consequences are hard to see, the decisions can be far reaching, and there’s an opportunity to discuss and work through them… we try to let consequences live with us when we can shoulder them.

Announcing the Art and Practice of Information Architecture Course at Plura...