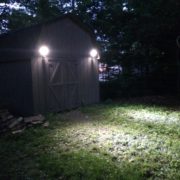 In suburbia nearly every yard, it seems, has a mini-barn. It’s the place where the lawn maintenance equipment is kept along with the other things that don’t quite fit in the house any longer. These last bastions of hope for sheltering your tools and other belongings stand against the elements. However, mini-barns by their nature generally have no electrical service. This generally isn’t a problem unless you need to get something at night or you need to jump the lawn mower battery.

Having a need for a random project that has a clear physical return, I decided to purchase a set of solar panels, a charger, some 12V lights, and a battery. As it turns out Harbor Freight has a relatively inexpensive kit that includes everything you need, except for the battery, for less than $200. It’s only a 45w kit so it doesn’t have a lot of power available, but it’s more than enough for the basics. 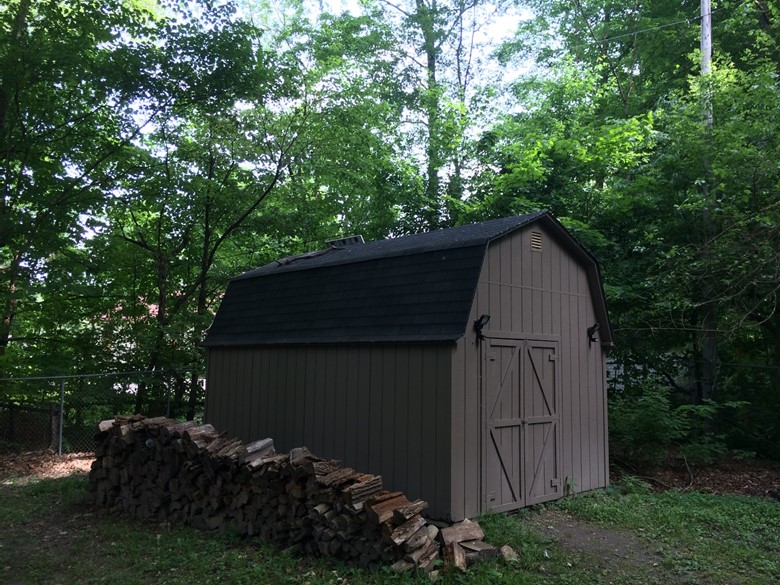 In my yard, there’s a relatively complete tree canopy. There isn’t a ton of sunlight that makes it down to where the mini-barn is but I did find a small patch of ground that the mini-barn could sit on that would have some sunlight most of the day. I know that I’m not generating a lot of power from that spot but, again, it’s enough.

The three panels in the kit I got are 15w a piece. A high performance panel can deliver 100w from a single panel but, again, that’s more than I need. So I’m using the panels that came in the kit for my power source.

Once you’ve collected some power, the question is what to do with it. The lighting for inside the mini-barn was a given, as was an inverter to allow me to plug in things that expect household 110V AC power instead of the 12V DC power that the solar panels create and the battery stores. However, there were two other uses which became interesting.

Most mini-barns have an odor somewhere between sweaty socks and underarms – mixed with gasoline. The collection of chemicals and gasoline-powered equipment generally makes the air inside the mini-barn just short of toxic. My solution to this problem was to add a set of fans to the mini-barn to pull air through once the temperature reached a certain point. Conventional computer fans are 12V, have a long duty cycle, and have a relatively low power consumption.

In deploying the fans to the mini-barn, the thinking was that if the temperature was high, then there would be sunlight on the panels, and running two fans to pull air through the mini-barn would be OK.

This mostly worked except for the days when it was so warm outside but cloudy. It turns out that the batteries would be depleted after a few days because I was consuming too much power with just the fans. Now I plug them in when I’m going to be working out there to clear the air and unplug them when I’m not going to be there. Eventually, I hope to find the time to finish the design of a cut-out/cut-in circuit that will effectively engage the fans only when there is excess energy that can’t be stored in the batteries – but that’s a project for another day.

Motion detector lights on your house are relatively standard these days. They are an effective way to provide lighting when you come home and to deter burglars from wandering on your property. Having security lights on your home can impact the perception of your security if not the actual security itself. 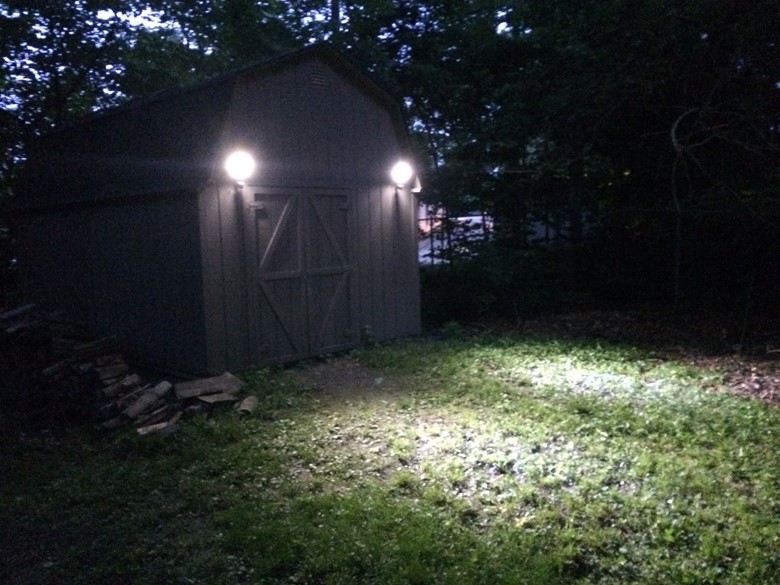 At some level this seems crazy (and it is), but in another way it’s great: when the dogs tear off into the back yard after some unknown creature, I know that I’ll automatically get light on the situation soon enough.

So if you want to put together something similar, what will it cost? Well, the solar panel kit was $200 as I mentioned. You can figure $100 for a battery. The inverter cost varies based on the wattage you want, but you can pick one up for under $50. The computer fans are roughly $10/ea – I used two of them. The motion detecting lights ended up being about $10/ea for the light, $10/ea for the motion detector, and $10/ea for the box and miscellaneous hardware. In truth, I’ve got less than $400 in my solar-panel-driven mini-barn electrical project. Certainly not cheap but also not expensive for what it is either.

Book Review-The Psychology of Hope: You Can Get Here from There