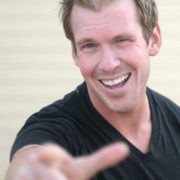 I recently had the opportunity to join the Indy CIO network as they meet each month to talk about issues facing CIOs. Recently the topic of marketing IT to the organization came up. It was a great conversation. What follows is one part notes from the meeting and one part my reflection on the conversation.

If I had to pick one master theme that resonated through the statements of the members of this merry band, it would be that you must understand what’s important to the business. In my own world, I run into too many technologists that are in it for the technology. They want the cool toys and the shiny new objects. I’ll admit my own fascination with new toys (including the Microsoft HoloLens sitting on my desk for a project). However, I think that we sometimes get wrapped up into the newness of a SAN, a virtual environment, or a firewall and forget that none of these things matter to the business.

For most businesses, the IT function is a means to an end. FedEx doesn’t sell information technology, they sell information access to where your packages are. Starbucks isn’t selling their app, they’re not even selling coffee. They’re selling an experience. The organization doesn’t want an app. They want a way to increase the relationship with their customers.

Taking Orders and Seats at the Table

It seems like some organizations have an IT function that is stuck in an order-taking mode. The business comes in the door complete with the solution they want, and it is IT’s job to deliver to that order. That’s quite obviously not the best place to be, since the business can’t know everything that the IT function knows. In this scenario, the organization isn’t valuing the experience and wisdom that the IT group is bringing to the table.

On the other end of the spectrum is a place at the table where the organization is defining new missions, objectives, and directions. Obviously, this is the spot that the CIO desires. It represents the business leadership’s respect for the CIO and the IT function. It means that the IT function can be prepared for impending organizational changes. However, few CIOs get this coveted seat at the table whether they are deserving of the honor and respect or not.

Along the path from order taker to table sitter are stops like being a problem solver, where the business comes and asks IT for a solution. In this case, the tables are reversed: IT comes up with the solution and offers it back to the business for acceptance. The problem is that this isn’t where you want to be, because it ultimately isn’t healthy for either IT or the business alone to create the solution.

A better approach is where the business and IT collaborate on a solution. The problem is laid out and the capabilities discussed. Solutions aren’t the domain of either the IT department or the business coming to them, the solutions emerge from the combination of perspectives and capabilities.

The skills that you need to be successful when you’re working with the organization as a valued partner in the business are strategy. The way to earn that position is in tactical operational execution excellence.

Knowing the business means more than understanding the industry or even the organization’s niche within the industry. It means recognizing the personal preferences of the key leadership. Consider, for instance, the difference between an operational excellence-based leader who is interested in supporting the programs that reduce operational costs. Return on investment (ROI) is the mantra, and the projects that reduce operating costs are welcomed.

Conversely, in a sales-driven or innovation-driven company, operational excellence projects aren’t important. Saving on operational costs isn’t the name of the game, growing the top line revenue is. In those cases, IT organizations do well by positioning projects in terms of their potential to help grow the revenue of the organization, rather than how they’ll save the organization money.

It’s not that either approach is “right” or “wrong” – they’re just different.

IT Capacity Not Cost

Sometimes, the way to market IT to the organization is some subtle language shifts that drive a subtle change in view. In too many organizations, IT is viewed as an administrative department. As such, IT is overhead – a cost that reduces the profitability of the organization. Rarely is the IT department considered an IT function; even rarer is IT considered a capacity. Manufacturing organizations know that they have a maximum capacity for product production. Professional service organizations are aware that there are only so many hours in a day.

The capacity of the organization to leverage technology to reduce costs, increase throughput, and to improve customer satisfaction aren’t so easily measured. Shifting the language from department to function or cost to capacity may seem like something small and subtle, but these small changes can have profound results.

At the end of our time together, it became clearer that the problem with IT wasn’t marketing; it was – and is – communication. We’re not trying to get the organization to buy IT, they’ve already done that. Our goal is to communicate the value that we are and can be delivering as an IT capacity so that the organization can better leverage the hard work that we’re doing.

We’re trying to connect to the rest of the organization through our communication, not persuade them to do something that may – or may not – be in their best interests.

We realized that sometimes the thing that CIOs don’t do is communicate the value of what they’re doing. But that has the potential to change.

Book Review-Telling Lies: Clues to Deceit in the Marketplace, Politics, and...

Book Review-Trust: Human Nature and the Reconstitution of Social Order
Scroll to top