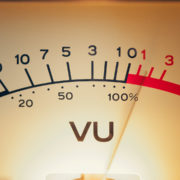 In developing training for people, we make several assumptions. Those assumptions are based on our own experience, the environment, or folklore surrounding training. Assumptions aren’t bad. They allow us to cope with a complex set of variables that impact learning. However, challenging these assumptions can help us to create training that is more effective and sustained.

The myth of feedback is a twisting tale. Early research seemed to indicate that feedback depressed learning, while common sense says that feedback is essential to learning. With the advent of more eLearning courses, careful designers are looking for ways to provide meaningful feedback to students and in the process stumbling on age-old controversies.

Learning researchers started investigating the impact of feedback and discovered something curious. Delaying feedback created better learning and long-term retention. One of the conclusions from this research was that feedback was bad for learning. However, it’s only when you look under the covers to the experimental design that you begin to see that what they were testing isn’t exactly the same thing that we’re looking at in our training courses.

The design of the test was such that the feedback was delayed – but it was delayed less than 10 seconds. Most of the time when we’re considering feedback, we’re not considering such short periods of time. We’re evaluating whether we should show a student their result after they have answered a question (hint: you shouldn’t) or after the test (hint: you should). In the computerized learning world, we’re talking about whether we provide effectively instant feedback or whether we delay that feedback.

We wouldn’t typically think of delaying feedback for only a few seconds – but we should use this as a clue.

One reason that instant feedback may indeed depress learning is the perception that it’s going to be permanently available. If you can always ask your mother, or turn to your colleague or a resource, why would you learn it? If the resource is always available and easier than learning the material, then you shouldn’t learn the material. Learners are leveraging this phenomenon more and more frequently as the quip “just Google it” flows freely from our mouths on a wide variety of topics.

It may be that when we make getting the correct answer (even through random guessing) too easy, we reduce the ability of the learner to justify the mental expense of committing it to memory. Consider another change in learning over the last 20 years. Twenty years ago, we would be amazed by people who remembered phone numbers. Today, few people know the numbers of their closest friends, because they don’t have to. They select the name in their contacts on their phone and the number is automatically dialed – without you even having to know it for a moment.

As we’re designing training feedback, we need to be cognizant that we want to create a small barrier to getting the feedback so that learners don’t use the training program as a crutch and use that crutch instead of learning.

Before leaving the topic of learners using the training as a crutch for not learning something, it’s important to realize that this is a valid strategy when the training isn’t training instead is a performance aid. That is, the content produced is intentionally designed to be a sidekick to the learner when they’re performing the actual task. (See Job Aids and Performance Support for more.)

When we can bypass the learning process and make employees productive without it, we should do that even if it doesn’t officially match our titles.

When Feedback is Good

While we’ve explored when feedback can be bad, it’s most frequently good. In fact, the lack of feedback strongly inhibits learning. If you can’t see the results of your actions, then you have no way of improving. The psychological concept of flow requires tight feedback loops. (See Flow, Finding Flow, and The Rise of Superman for more on flow.) Why does flow matter? Well, because it is a mental state which generally produces five times the results of other mental states. Generating flow states also improves mood well after the flow state has ended. Even the residual effects help lubricate organizations to better interaction.

High-performance athletes create scenarios where they receive expert and timely feedback so that they can improve their performance to its peak (see Peak). Deliberate practice drives improvement, and feedback drives deliberate practice. The more we can give meaningful feedback, the more we can create opportunities for learning and deeper learning.

Give feedback – every time. Give feedback with enough of a barrier that learners won’t use ease of access as an excuse not to learn – unless that’s your goal.