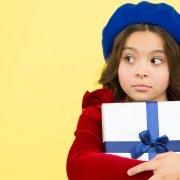 If you say something that makes someone else angry, are you responsible? That’s the question at the heart of taking ownership for your communication. At some level, you’re only responsible for your words and actions and the other person is responsible for their responses. On the other hand, there are things someone can say to intentionally provoke someone else. So how do you accept responsibility for your part in communications problems without becoming enmeshed in the other person’s responses?

Certainly, if someone intentionally tries to create a negative reaction in the other party, they own the reaction. We can ignore the reality that the other person can choose their response. The response that was received was the one that was intended. However, what happens when you communicate a message that you intend to be neutral or positive, and it’s interpreted negatively? Here, there is a challenge, because ownership for the problem may lie in the reasonableness of the response.

Consider a situation in which you thank the host for the meal they’ve provided with, “Thank you for the delicious feast that you’ve provided,” and the host is offended. Unbeknownst to you, they’ve struggled with overeating, and to them the word “feast” is associated with their overeating. They’re angry, and you have no idea why. Even if you knew that they struggled with overeating, you have no reason to believe the single word feast will trigger a response. In a case like this, there was no ill intent, so the communicator should feel no shame in accidentally triggering the other party.

Reasonableness is a fuzzy definition that’s prone to problems, as what seems reasonable to one person won’t be reasonable to the other – and vice versa. Despite the challenges, “reasonable” is the only criteria that is flexible enough to fit most situations. So, we’re stuck with the mucky world of what we should be able to predict – but sometimes can’t.

Eating everything on your plate in the Midwest of the United States is a sign that you appreciated the food provided by the host. In the Far East, it’s a sign that the host didn’t provide you with enough food – and they’ll be embarrassed. So, what is reasonable is context dependent. Where are you, and what is the experience of the person you’re communicating with?

Instead of worrying about who is responsible – or who is at fault – a better approach is to focus on the response. We’re not responsible for someone else – or their reactions – however, as concerned members of the human race, we should be responsive to them. When one of our brothers or sisters is hurting, we should seek to remedy their hurt. It doesn’t matter that they’re hurting because of something unintentional that we said or did or not. There’s no need to sift through whether we could or should have anticipated the harm or whether the other person is being overly sensitive.

Our response should be that we’re sorry they’re hurt and it was not our intent, and we should ask what we can do to make it better.

The Dangers of Feeling Responsible

So, while the response that we offer doesn’t change, there is a risk. The risk is that we’ll become focused on whether we are at fault and therefore guilty. It opens the door to self-condemnation and spiraling into an inner focus, which takes us away from being able to be responsive to the other person. A preoccupation with fault, guilt, shame, blame and the like doesn’t serve to heal the hurt feelings.

The goal should be to learn from the experience instead of getting caught up in the blame game. Instead of focusing on whether you should have known, focus on what you should now know – and what to do to remedy the situation. If you remain focused on addressing the hurt directly and improving for next time, the problems will get smaller and smaller until you almost never hurt the other person’s feelings, because you know what not to say or do. Without feeling like you can’t be yourself, you can learn to mediate your responses in a way that’s healthy for both.