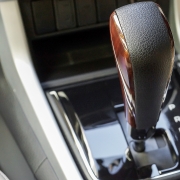 Most people don’t really want to have a conflict. It takes time, effort, and mental energy to even be in the conflict, and in our busy worlds, it’s more than most people want to deal with. Too often, conflicts seem to disappear before they can be dealt with only to reappear someplace else in the future. Too often, we disengage from a conflict rather than gain detachment from it.

You can call it retreat. You can call it avoidance. You can even call it stonewalling, John Gottman’s favorite term. Gottman, in fact, names stonewalling – or refusing to engage in a conversation and conflict – as the death knell of relationships. Disengagement is like taking your ball and going home. Disengagement has the same kind of relational impacts as literally taking your ball and going home. It shuts off connection to the other person and blocks or prevents relationships.

Disengagement comes in the silence or in the “okay” responses that are uttered without emotion or with a sullen face that indicates there’s no point in continuing the discussion. It comes when it no longer seems worth it to continue the fight. When it happens, there’s a real problem that requires the other party to try (even if unsuccessfully) to re-engage.

Detachment and disengagement seem similar on the surface. Not only are the words phonetically similar, the responses are even objectively similar. A detached person is likely to accept what the other person is saying by answering with the same word – “okay” – as the disengaged person. The difference is in the attitude. The difference is in what the response does to the person themselves and their willingness to stay in the conversation.

Detached people are “okay.” Literally they don’t see themselves in the ring having the struggle. Any outcome is acceptable. The other party isn’t an enemy combatant. Instead, they’re just someone with a different point of view or perhaps different values. This distance from the conflict allows them to respond instead of react.

Reacting is normal. We react to loud noises, and we often react to the things that we think are going on with other people. However, when we react, we don’t allow the space for our neocortex to come up with an intelligent response. When we react, we don’t take the time to consider the consequences on our discussion or our relationships.

Detachment allows us to view the conflict as “okay” and therefore not a threat. This allows us the capacity to thoughtfully respond rather than trying to respond quickly.

Detachment, though desirable, isn’t always easy to get to. To reach detachment with a situation, you must shed the idea that you’re at risk. By cultivating a sense of safety, you create detachment from the outcomes. Cultivating safety can be as simple as playing a fair game of worst-case scenario, in which you evaluate what’s the worst that could come from the conflict – and realize, in most cases, it’s not life-threatening or even all that impactful in the long term.

Learning to take a step back from the emotion to recognize that the conflict isn’t really that harmful can be the difference between unhealthy disengagement and healthy detachment.