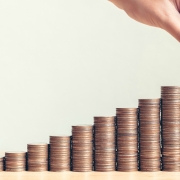 You don’t always get an opportunity to start a relational bank account with deposits, but you often do. Coworkers, colleagues, managers, and subordinates rarely enter the picture on the first day with a conflict. Instead, they often spend hours, days, weeks, months, or even years before the first substantive disagreement occurs. During the intervening time, we can make deposits into our relational bank account.

Everyone makes withdrawals from their relational accounts, too. Sometimes, it’s a hard word. Other times, it’s a hard decision that the other person doesn’t perceive as fair or caring. We’re not going to have relationships from which we make no withdrawals; that’s not how relationships work. The important aspect is to recognize the withdrawals and, where possible, make additional deposits to cover the withdrawal, just like you might do with a real bank account.

The good news about relational bank accounts is that they generally accrue interest when they’re not being withdrawn from. Take the childhood friend whom you’ve not seen in a decade or more. Your response to them is likely to be even more positive than it would have been when you last saw them. The standard flow of time will make the relational bank account grow, not shrink, over time.

Of course, there are ways the passage of time has a negative effect on a relationship, but most people’s experience shows that time is on your side.

You won’t be able to get a certificate of the deposits you’re making into the relational bank account. However, you will be able to get a sense of how you can lean on a relationship when you’re in a conflict with the person. The greater your relational bank account balance, the greater the likelihood the other person will trust you, respect you, and have a substantial amount of good will that may make the actual conflict trivial.

Having large relational bank account balances allows you to put conflicts in perspective and realize that, though there’s a disagreement – a difference of opinion – in the broader picture, you and the other person are both good and have the best intentions. That’s often nearly enough to neutralize the conflict.

Book Review-Mistreated: Why We Think We’re Getting Good Health Care—and...
Scroll to top
%d bloggers like this: