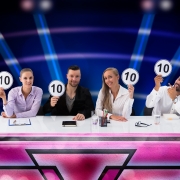 Conflict is easy to get wrapped up in. When someone else sees the world differently than we do, it’s natural that our sense of right and wrong is challenged and, as a result, we’d become defensive – and ultimately lash out. The problem is the first conflict isn’t personal. It’s just a difference in perspective or values. It’s once someone starts attacking the other person that conflicts become personal – and they become harder to reach positive outcomes.

In a conflict, there are different ideas to consider about how to move forward. One person believes the best answer is one thing, and the other party believes something different is the answer. It’s appropriate in a conflict to identify both the strengths and weaknesses in the opposite proposal or proposals. Conflict is valuable, because it has the capacity to help us see the things we might otherwise overlook.

Pointing out the limitations of an idea is perfectly reasonable. Of course, it helps to have communication skills that allow you to point them out in a way that is respectful, but regardless of the delivery of the message or how it’s taken, it’s important to stay on the idea.

Conflicts often wander into the territory of labeling the other party rather than sticking with the idea. We can explain that we don’t understand an idea but get ourselves into trouble when we start saying the purveyor of that idea is stupid, an idiot, or some other less-than-charitable name. We’ve moved from discussing an idea and its relative merits to attacking a person’s identity.

The Ego and Its Defenses

A person’s identity is sacrosanct. Most of the time, it’s difficult for the person themselves to change it. Someone coming from the outside saying the way they think of themselves is wrong isn’t going to be well received. This is doubly true if you’re trying to negatively impact their identity and self-image. The ego, which is responsible for our perception of our identity, is well defended. There are a variety of techniques that the ego can use to defend itself against an unwanted change in self-perception.

This difficulty in changing identity is why when people are given negative feedback about who they are – rather than what they did – they almost universally respond negatively. We’re surprised by the person that takes negative feedback well – not by the person who lashes back out at you. While an issue that doesn’t involve self-identity may be able to be resolved, once you engage the ego’s defenses, it may be impossible to move forward.

The guidance may be clear, but it’s hard to pull off. Stay on the issue at hand and don’t share any inner judgement about the person who had the idea. If you’ve got to communicate about your perspective, focus on words like “I felt…” or “I think…” rather than “You said…” or “You did…” It’s too easy to trigger a response from the ego when you’re trying to speak for another person. Speaking for someone else can trigger the same identity protections as labeling them with some negative label.

When you’re working through a conflict, the best advice is to ensure that you don’t start to attack the other party no matter how frustrated you may get. Where possible, avoid using the word “you” at all – but particularly when preceded by “but.” This prevents potentially putting the other party into a defensive mode.

Conflicts shouldn’t be personal. Conflicts should be about getting to the best answer – there are people involved, but the people aren’t the problem. In fact, there are no problems. There are only different points of view.

Book Review-The Burnout Solution: 12 weeks to a calmer you
Scroll to top