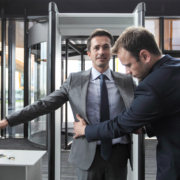 There are times that we feel very safe – when we are not. Similarly, there are times when we are filled with unfounded fear. It’s unfounded, because we are objectively very safe. Our actual safety and our perception of safety can be separated by many of the biases that are well known to psychologists but which few people give much thought to. However, another important factor about our feeling of safety is based on about the impact to us and our ability to respond. If we feel that the probability of any kind of loss is low and the perception of our ability to recover is high, we’ll feel safe. Conversely, if we have low self-esteem, we can be provoked into fear very easily.

Behind our feelings of safety are a complex web of factors that make us feel safe – or not. It’s this web of conflicting factors that we’ll untangle here.

It’s important to understand how the emotion of fear works. It’s not simply that there’s some sort of a threat or a stressor, it’s what we believe about the stressor both in terms of probability and our ability to compensate should the stressor come to fruition. Let’s explore what we mean when we say “stressor” then talk about the aspects of our assessment that are important for both fear and anxiety.

While the idea of stress is understood, most folks don’t have a clear picture of what a stressor is. In short, it’s anything that can cause harm to someone. The harm can be physical or psychological. The brain makes very little (if any) difference between a physical threat and a psychological threat. Most folks think of stressors as things like lions, but for humans, stressors can be losing a job, needing to pay a mortgage, etc.

Stressors can also be either real and present or predicted. Stressors need not be real in the abstract sense for them to be stressful to you. For instance, your boss may sing your praises and give you glowing performance reviews, but you may still be concerned about losing your job or getting fired. Stressors are therefore both externally generated and internally generated as the perception of a stressor.

Stressors themselves don’t generate fear or anxiety. Stressors are just the first step in the process that can lead to fear and stress – or to peace.

Stressors are either a warning that something might happen or they’re the reality that something has happened. For losing your job, it’s a prediction until it happens. For this, we estimate the likelihood. This is the first place we can make an impact in our situational safety: we can correct for biases in our estimation of the probability of the stressor occurring.

The second assessment we make is what the impact of the stressor coming to fruition may be. In the losing our job example, we may think that finding another equal or better paying job is good within a month – or we may believe that we’ll never find a job as good as the job we had. This assessment is the impact. In the first case, there may be little or no real impact; in the second, it may be a lifelong impact.

It’s important to note here that even after the threat of physical harm or the lack of food, water, and shelter are removed, there are still impacts. The impact is one of loss. We may love the mission of the organization or being able to work with good people. We may feel the loss of the organization as impactfully as we’d feel the loss of income.

The final assessment is our capacity to cope. If we believe that we can absorb or cover for the loss in the impact, then the overall assessment of the stressor isn’t likely to cause fear, panic, or anxiety. If, on the other hand, we don’t know how to deal with the situation, the chances are that we will be afraid.

Resuming our job loss scenario, if you’ve got enough money for a year’s worth of expenses in the bank, you’ll react differently than someone who is living paycheck to paycheck and may need to be very concerned about having enough food for the family while the job search is underway.

If you were to look at this as a math problem, you’d think about the probability of getting a fear result like this:

If you think that the probability or impact are low, you’ll likely not have a fear response. Similarly, if you believe you have a very large capacity to cope, you’ll only find yourself fearful when there are very high probability, high impact stressors that present themselves.

There are no units in the preceding math formula, because there are no known units to use. So, this is not a formula that you can use to reach a precise answer, it’s a guide to understand how we become fearful.

Before exploring what can be done to adjust the variables that drive our sense of situational safety, let’s review a few examples of situations and the perceived safety. This will provide background context for our more formal explanation below.

Consider the stressor of an asteroid hitting the Earth. In this scenario, the impact is great – potentially ending all life on the planet. Our ability to cope is very low. However, the reason that we don’t all live in a constant state of panic – besides the fact that we block it out of our minds – is that we believe the probability is infinitesimally small.

The net-net with these variables are an almost 0% chance of fear, because there’s a near zero result when the chances are so low.

If you own a home, there’s a certain probability that you’ll have a failure of an appliance. Let’s say that you’ve got five major appliances and that on average they fail every fifteen years. For the list, think refrigerator, stove, water heater, washer, and dryer. That means once every about three years, there will be an appliance to replace – or 33% chance per year.

The impact of a failure is a few hundred dollars. For the sake of argument, let’s just say it’s $600. That means your annual impact is about $200.

It’s important to note that, in scenarios like these, the ego will eventually block out risks like this, because they’re too uncomfortable to live with. As a result, you’ll find people living with no financial reserves who don’t exhibit any external signs of persistent fear.

In the ability to cope category, there’s a problem – and it’s more than just the potential financial impact. The bigger problem is that very few people, thankfully, have experience with this sort of a situation, and as a result, they often feel unprepared for how to proceed. This lack of understanding of the process and confidence in the attorney they just met, leads to a very low capacity for coping and therefore a high probability for fear.

Not Enough to Eat

We depart from the world of rational to irrational when we consider the concern that there will be enough to eat. Everyone has felt what it is like to be hungry. Thankfully few, but still too many, people have really had to experience what it’s like to be persistently hungry. For a lot of reasons, whatever the probability of hunger, the perceived impact is large. It’s connected with survival, and it doesn’t get much larger than that.

As a result, while most people don’t believe that there’s a real risk of going hungry, they’ll often prepare to protect themselves from it. They’ll get snack bars to put in their bags, or perhaps a bit of trail mix. They reason that they’ll be able to grab and eat it if for some reason they get hungry and can’t eat a full meal.

For many folks, particularly those that have more experience with having not had enough food during childhood, the risk of not having enough food is perceived as large. Without some sort of coping mechanisms built in – like having snack food – they’re likely to unconsciously fear that they won’t have enough food.

Probability is, by its very nature, uncertain. However, as humans, we love the idea of certainty. We’ll create certainty in our minds even when no certainty exists. For instance, in the job loss scenario, we may be “certain” that we’ll lose our jobs – because our boss doesn’t like us, because of a restructuring, or because the organization folds. However, until it’s happened, it’s never certain. The first adjustment to probability is to reduce any probability from 100% until it’s already happened. It may seem like a little thing, but psychologically it forces you to evaluate things differently. It forces you to reach a more realistic guess at the probability that something will happen.

Most people believe that people who win the lottery are appreciably happier after the event – and for the infinite future forward. The truth is that lottery winners are happier for a time. However, after a few years, even a multi-million-dollar payout loses its luster. It turns out that money cannot buy happiness – though it might be able to make you a hell of a deal on a long-term lease. No impact from any event is as permanent as we expect it to be – positive or negative.

Think about your first breakup. They boyfriend or girlfriend was the one for you, and you’ll never know how to go on with your life. Except you did. You got married – you may have even gotten a divorce and remarried. The fact is that whatever the situation is, it’s not nearly as permanent as it seems when you’re standing next to it.

The final way to adjust your perception is through reconsidering your ability to cope. The more resourceful you feel about your ability to move forward personally, the less impactful the events will seem, and therefore the safer you will feel.

Too often, we fail to account for the assistance of others when coping. While some of us don’t have great support systems around us of families, friends, and communities, most of us do if we look hard enough and we’re willing to ask for assistance. When we’re assessing our situation, we should ask ourselves who we could call upon for assistance – and the likelihood that they can and will assist. If you want to change this aspect, the easiest way to do it is to ask the people around you for small things that they can do to help you – and offer to help in small ways yourself. This will increase the changes you’ll think of others support – and the likelihood that they’ll offer it.

Finally, don’t give up hope that there is some resource available to you that you don’t even know you have. There are many times when benevolence shows up even when it feels like it can’t. Keeping in mind the “miracles” in your own life and in the lives of others may be the thing that tips the scale towards perceiving that you’re safe.