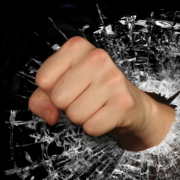 If you’re in conflict for very long, you’re bound to get angry, but too few people have been taught what anger is and what to do about it – if you ignore the “get revenge” option. Anger is a core emotion that is a part of our shared human experience, yet at the same time, it’s something that we know very little about. There can be little doubt that anger doesn’t get the same attention as other emotions. For instance, fewer songs are written about anger than love.

For most, this concept takes a few minutes to be accepted as we seek to find times that we were angry yet not disappointed. Sometimes, we may point to situations where we believed we were angry but for which we can’t find a way that we were disappointed. Most situations are simple enough. Someone said they would do X but actually did Y. Or I expected people to behave in a trustworthy manner, but they proved I was wrong when they didn’t.

Disappointment is fundamentally based on the expectations we had that were violated and our judgement of that violation. You expect that if you drive downtown in a major city and leave the door of your car open with the car running, it will be stolen. If there’s anger in this situation, it will be directed towards yourself and why you didn’t realize the risk. It’s less likely you’ll be angry at the person who actually stole the car. Conversely, if you lock your car in your locked garage, and someone steals it, you’re likely to be quite angry with the person who stole your car.

The reasoning is based on your expectations of what will happen. When those expectations are violated, you judge the parties in the situation and use judgement to decide where to direct your disappointment and anger.

If you want to get better control of your anger, you’ll want to ground your expectations and suspend your judgements.

No one is perfect. Because of that, mistakes will be made. This fundamental thinking about mistakes changes the default response when a mistake is made from one of disappointment and anger to one of reluctant acceptance. No one “likes” errors, but if your expectation is that, from time to time, they will be made, your expectations are adjusted to allow for them.

Grounding expectations about a lack of perfection in the world may not be a hard stretch. The hard part is when you expect something but it turns out that it’s not reality based. The greater you can ground your expectations in reality, the more effective you’ll be at keeping anger at bay and the easier it will be to suspend judgement

A violated expectation is judged. Was the expectation right? Is the gap in the expectation reasonable? The problem is that these judgements often lead to anger instead of acceptance. If we’re willing to accept that the expectation was missed and that we can be disappointed in the outcome without judging who is at fault, we can avoid being blinded by anger.

Anger is, unfortunately, a part of our lives, but we can learn to ground our expectations and accept rather than judge. Perhaps we can live up to the ideal that Aristotle first spoke of: “Anybody can become angry – that is easy; but to be angry with the right person, and to the right degree, and at the right time, and for the right purpose, and in the right way – that is not within everybody’s power and is not easy.”

Book Review-Why Are We Yelling?: The Art of Productive Disagreement