Blog
You are here: Home1 / Blog2 / Professional3 / Discussion and Dialogue for Learning 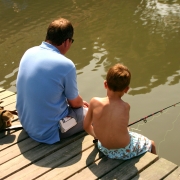 Over the last few book reviews, including The Fifth Discipline and Dialogue Mapping, I’ve managed to collect a few random thoughts that I’ve decided that I want to share as blog posts. They’re important thoughts about what I’ve been reading and thinking about – but they don’t fit neatly into the other thoughts of a book review. One of the side effects of being random thoughts is although they’re rooted in some of the previous book reviews, there aren’t always as many direct ties to readings as you might be used to in my posts. This post is about the difference between a discussion and a dialogue.

Learning is one of our essential skills that has allowed us to adapt over time and become the preeminent species on the planet. It’s essential for our survival. However, all too often organizations calcify and stop learning. The negative reinforcing loop (snowball) gets rolling with a lack of trust which creates the lack of vulnerability and so begins the cycle of a lack of learning, adaptation, and ultimately survival as an organization.

Perhaps it seems like a hyperbole to say that a simple lack of trust in the organization leads to such a grim result, however, most of us have seen organizations where there is low trust and because of that no one feels like they are safe enough to speak the truth. Because no one can speak of the emperor’s new clothes there’s no learning and thus no adapting to a changing environment. In biology organisms that don’t adapt are largely made extinct. Change is a natural part of the process.

The Meaning of Dialogue

Some organizations, with a penchant for fancy words, like to say that they want to dialogue about an issue – but most organizations just say “we need a discussion about that.” The words seem similar – similar enough to be synonyms, however, there’s something special about a dialogue. In a discussion there is persuasion and positioning. In a dialogue there’s a quest to reduce the number of blind spots. There’s a desire to elevate the conversation to the highest point allowed by bringing together multiple perspectives and honoring each perspective. A dialogue is much like the Socratic Method in goal – to find the truth – but is simultaneously different because the approach is to prevent people from becoming entrenched in their positions. Where the Socratic Method drives folks into defending their position, dialogue invites participants into the common space of solution solving.

Dialogue, while protected in less industrialized cultures, has all but been eliminated in industrialized countries. Dialogue is prevented by “defensive routines” according to Chris Argyris. These are like ruts in the road that keep pulling folks back to a Socratic Method where you become entrenched in a position and the other person must drag you out of your position kicking and screaming. I’ve seen these “defensive routines” in my consulting career over and over again – though admittedly I’ve never seen any literal kicking. In my work, no matter how carefully I construct a comment to not injure an ego or expose someone politically, I frequently find that pointing out an opportunity for growth often triggers defensiveness.

There are tons of things that I could do better. I could do my follow ups with other people better. I could show love to my family better – and more consistently. I can jump to conclusions with less veracity. Or better yet, I can try not to jump to conclusions at all. I can become more mindful that others’ answers are sometimes better than mine. When someone points out these things, no matter how gently, I’ll feel somewhat defensive. It’s instinctive. We don’t want to face our weakness.

As one of my clients commented recently, “Because you’re a consultant you’ve seen more things and know what works. However, it leaves us (as your client) feeling bad that we don’t know what we’re supposed to know.” This person was courageous, she said what most of my clients can’t. They’re being defensive, not because of the delivery, but because they feel guilty that they should know how to do their job.

Have you ever suggested something lightly, only to have a very strong reaction from your child? We know what it’s like to be defensive – and that it means that we probably need to investigate more fully. As a parent we know that if we push a little and get a strong response there is something going on that we need to dig more deeply into. We all feel vulnerability at some point – as Brené Brown points out in Daring Greatly. The trick isn’t whether or not you’re going to make someone feel vulnerable – and potentially defensive. The key is to create an environment of safety that creates the opportunity for them to be more vulnerable.

Physicist David Bohm states that dialogue is for “revealing incoherence in our thought.” He further quotes Bohm’s three conditions for dialogue: Suspended assumptions, open regard for the other participants as colleagues, and a facilitator. These factors are important.

Suspending assumptions allows us to carefully consider every possibility and every comment. Suspending assumptions allows us to take a step back from our position and to challenge it ourselves rather than having others challenge it for us. Assumptions are the work of what Thinking: Fast and Slow would call System 1. It’s the automatic system that doesn’t want to force the need for deeper consideration – and it doesn’t want us to know that it’s doing this.

Open regard for the other participants is, in other words, having a modicum of respect for the others that you’re working with. While respect isn’t the same as trust, they are related. Respect has to do with a certain level of esteem for the other folks. Buddhists might say it differently. To them it might be expressed as compassion (see Emotional Awareness) – a respect for them as other living beings. Trust is a belief about another party. Competence trust, as covered in Trust & Betrayal, says that you believe that someone is generally competent and has a set of useful skills – they are competent. Thus competence trust and respect for someone being able to do their jobs are roughly equivalent. Regardless of the precise definition, dialogue requires a certain level of respect for those involved.

Dialogue is a strange thing. It seems so similar to the Socratic Method that many meetings run with, but somehow it’s different. It minimizes the defensive routines and allows us to feel safer. As we feel safer we are more able to think more freely and more importantly the freer we are to learn and ultimately learning is important to our survival individually and as organizations. The next time you end up in a discussion in a meeting perhaps it’s worth trying to convert it to a dialogue.

Book Review-The Fifth Discipline: The Art and Practice of the Learning Orga...

Retro: Drawing a Target on Your Users with SharePoint
Scroll to top