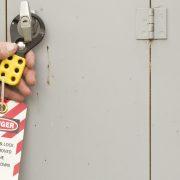 If we want innovation, we must protect inventors through our patent process – and we need to fix the patent process. On the surface, the idea of preventing people from using an innovation (without a license) would seem to reduce innovation and harm our economy, but I’ll explain why reducing who can use an invention helps our economy – and our lives.

Creating an idea can be easy. It can come while taking a shower, in the middle of a dream, or at another random time. It can also be difficult. It can be the outcome of a structured process designed to elicit ideas from teams of diverse individuals. (See The Difference for more on the need for diversity in problem solving).

Inventions are more than ideas. They’re the translation of the idea into an implementation. It’s how you can take the idea and make it real. I can have an idea for a Star Trek-style transporter, but without an implementation, there’s no invention. Creating and testing these inventions is an expensive process.

For our humble invention, we’ve got well over $10,000 of direct costs invested – and we’ve not started the testing process in earnest yet.

Creating the invention means prototypes – lots and lots of prototypes. Ed Catmull, in Creativity, Inc., shares that all of Pixar’s stories start out bad, and it’s only through the process of revision that the stories become good. All creation, including the creation of animated movies and the creation of physical products follows this same process. Things aren’t right first. They’re wrong first and, through revision, become right. These revisions cost time and money.

We anticipate that the direct costs of testing for our humble little invention will exceed $100,000 – not inclusive of our time. Clearly, this is a substantial investment for a small company.

Without patents, we could create our invention and do our testing to demonstrate that what we’re doing works – and then a large company could come in and undercut our production costs, invest in lots of marketing, and take the market for our invention away from us. We could make the investments, and they could reap the rewards. Obviously, this would cause us to not do the invention. We couldn’t take the risk that someone would sweep in and take the value of our invention from us.

In fact, that’s where we are now.

The quick version of the patent process is that you apply, it’s published, and hopefully it’s issued. Once you’ve applied, you have a date. If someone files a patent after your date, you win. Once it’s published, you have protection if someone else uses your design, and you eventually get the patent. That’s the kicker. If you get the patent, they must compensate you for the infringement. However, if ultimately the patent isn’t issued, you’ve got nothing. You can create the market, create the invention, do the testing, and end up with no competitive advantage.

It’s this reason why we’re not doing our testing. We can’t afford to take such a big risk that the patent won’t get issued. Once the patent gets issued, we’ll do our testing, and we’ll demonstrate that the invention creates value.

The patent dashboard says that the average wait time is 16.5 months to get a patent issued. Our application has been in for 27 months now. We’ve blown through the anticipated response time. We sent in a status request on the patent and have received no response. The status request was sent months ago. So, we’re stuck. The dashboard looks good, but – as we’ve found out – what’s on the dashboard and reality don’t match.

So patents drive innovation by allowing inventors to create their products and get them to market. Innovations are ideas translated into a change in the market. To do that, the inventor must feel safe that they can take the risk to revise and test their inventions and be reasonably assured that they’ll be able to make a reasonable profit. That means a patent process that protects their investments – and one that actually issues the patents in a reasonable time.