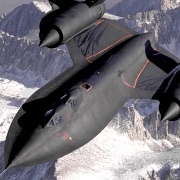 I finished writing my review of Skunk Works and I realized that beyond the amazing aircraft that they created, they developed a culture that managed to side-step the government bureaucracy and get things done. Somehow during the mountain of paperwork, they managed to be as agile as a gazelle. This is something that large organizations aspire to today. They feel the pressure to be more competitive, adaptive, and agile because of the volatile, uncertain, complex, and ambiguous (VUCA) world that we find ourselves in.

The hope here is to find a few nuggets of how the Skunk Works was successful, so that other organizations trying to mimic the results have a blueprint they can use.

The irony of trying to build a blueprint is that, often, the blueprints came after the part was made at the Skunk Works. There were many times when designers would work with machinists and assembly personnel to figure out how to make something work. They’d mock something up on cardboard, the machinist would make it, and then return the cardboard or part to the designer to get it drawn up.

From most perspectives, this is backwards. However, at Skunk Works, that’s just how things worked. The team worked together to address the need or solve the problem, and then they’d make sure that their individual commitments to the rest of the organization were met. Agile software development would take a page out of this book decades later in deciding that ceremony wasn’t important, people and interactions were important.

You Can’t Contract Your Way Out of Conflict

Own your own business for a while, and you’ll make friends with an attorney or two. It happens because they’ll save your bacon at some point – and because you’re going to be talking to a lot of them. A wise friend of mine explained that contracts are funny things. You write a contract, so it’s clear what should happen when things go wrong – and then you hope nothing goes wrong. You write a contract so you can trust what the other party will do – and you know that you can’t write a contract with someone you don’t trust. It just won’t ever work.

The Soviets at the time Skunk Works was created represented a clear and present danger to the United States. What we didn’t know was the degree or aspects of the danger. That’s what Skunk Works would eventually end up solving for the US. They’d level the playing field with advanced jet fighters and reconnaissance aircraft that provided the best understanding about what was really happening inside the Iron Curtain.

Skunk Works always had clear targets. At the largest level, it was to be able to protect the United States’ interests. At the micro level, the targets for the aircraft could be specific. The SR-71 Blackbird project was targeted to fly at over 80,000 feet and Mach 3. (For more see, The Complete Book of the SR-71 Blackbird.) They achieved these goals, in part, because they were specific. They had something that the team could shoot for and desire to be a part of.

Being a part of Skunk Works was something special. It was something that few people could say – and to some degree, it was something that even the people inside couldn’t say except to each other. It created a special sense of community inside that circus tent. This was the crack team. They were going to save the US from foreign interests. Everything was riding on them.

There may not have been any secret handshakes, but the secrecy of their projects bonded everyone together in a way that not every organization can accomplish. There was something to being a part of the group – it meant something. (See The Deep Water of Affinity Groups for more.)

The Fewer the Better

While they weren’t many people, they were handpicked to be the best at their jobs. What was assembled became a testimony to Margaret Mead’s quote: “Never doubt that a small group of thoughtful, committed citizens can change the world; indeed, it’s the only thing that ever has.” The model that the Skunk Works operated under didn’t require more people. In fact, Johnson recognized early on that Skunk Works raises and promotions had to be different, because there wouldn’t be as many people for them to lead. The group wouldn’t require leadership in the same way that the rest of the organization thought about it.

Rather than focusing on empire-building by collecting the most people working for them, Skunk Works managers would focus on output and results. Instead of worrying about competing with others, they’d be focused on how to collaborate with their peers – and compete with the enemy. (This is a lesson that Richard Hackman would drive home in Collaborative Intelligence years later.)

It’s great that Johnson and Rich were able to build and maintain a culture at Skunk Works with such amazing characteristics. But how do the leaders of today leverage this wisdom to create a culture of their own that’s capable of incredible results? Here’s a few ways.

Simon Sinek explains, in Start with Why, that people need a shared purpose. While most organizations today don’t have an enemy the size of Russia to target, they can target a change they want to see in the world. This change provides a central theme for everything that the organization does. Organizing principles make it easier to work together towards the common good.

It may start with “why,” but it doesn’t end there. It ends with the specific goals that individuals and teams need to accomplish to allow the organization’s mission to be successful. The specific goals – sometimes very difficult goals – drove the engine forward. The SR-71 Blackbird was only 84% efficient at burning fuel, leaked like a sieve on the ground, and had a horrible habit of the jet engines “unstarting” during flight. Because the goals were clear, these “annoyances” were acceptable. When you’re building something that’s generations ahead of anything anyone else can do, there are going to be drawbacks.

In your organization, clear goals allow you to focus on the requirements, the “must haves,” and allow some of the other things to land wherever they need to.

Compete Outside, Collaborate Inside

Too many organizations have managers pitted against each other in a struggle for resources and power. The real enemy should always be outside the organization. Hackman’s Collaborative Intelligence makes it clear that internal competition doesn’t create well-performing teams. Of all the things that we can learn from Skunk Works, I feel like this is the one we forget most often.

Skunk Works wasn’t easy. It was hard, demanding work, and people didn’t “pussyfoot around” when there was a problem. Results – the ability to get things done – was always at the forefront of mind.

In Johnson’s rules for Skunk Works, he made a point that evaluations (budget reporting) had to be timely – and problems needed to be disclosed as quickly as possible. Knowing bad news late does you no good. You need to know bad news as soon as possible, so you can mitigate the risks caused by it. If there was one thing about Skunk Works, it was communication – for better and for worse.

For the first time, the people who needed to work together to get things done actually worked in the same space. Instead of designers lobbing designs over the wall and machinists handing them off to assembly, everyone worked together because they were close together. Agile software development learned the value of the product owner and the software development team being close together. It improves the measurable communication – and it builds bonds of trust that allow you to transcend the normal rules for working together.

Too few people in organizations trust each other or the organization. At Skunk Works, everyone knew that if you did your job to the best of your ability – even if you failed – Johnson (and then Rich) would have your back. You trusted the people you worked for and with. That makes all the difference. (See Trust: Human Nature and the Reconstitution of Social Order for more.)

It seems odd that failure should be a part of success. However, it is perhaps the most important part of success. Without the ability to fail safely, you won’t know about failures until too late, and the organization won’t be able to learn from the failures. So, paradoxically, failure allows you to succeed – when you’re willing to accept and acknowledge it.

Back to Skunk Works

According to the current literature few organizations have matched Skunk Works’ level of functioning. Books like An Everyone Culture and Reinventing Organizations make it clear that our organizations are falling far short of their aspirations. Perhaps if we’re willing to take a look back to the Skunk Works, we can see just some of the ways that we can make our organizations more powerful.

AKA – Writing for Purpose